A NEW CHANNEL BOARD

Back in October 2012, I wrote a post about an apparatus I call the Channel Board. 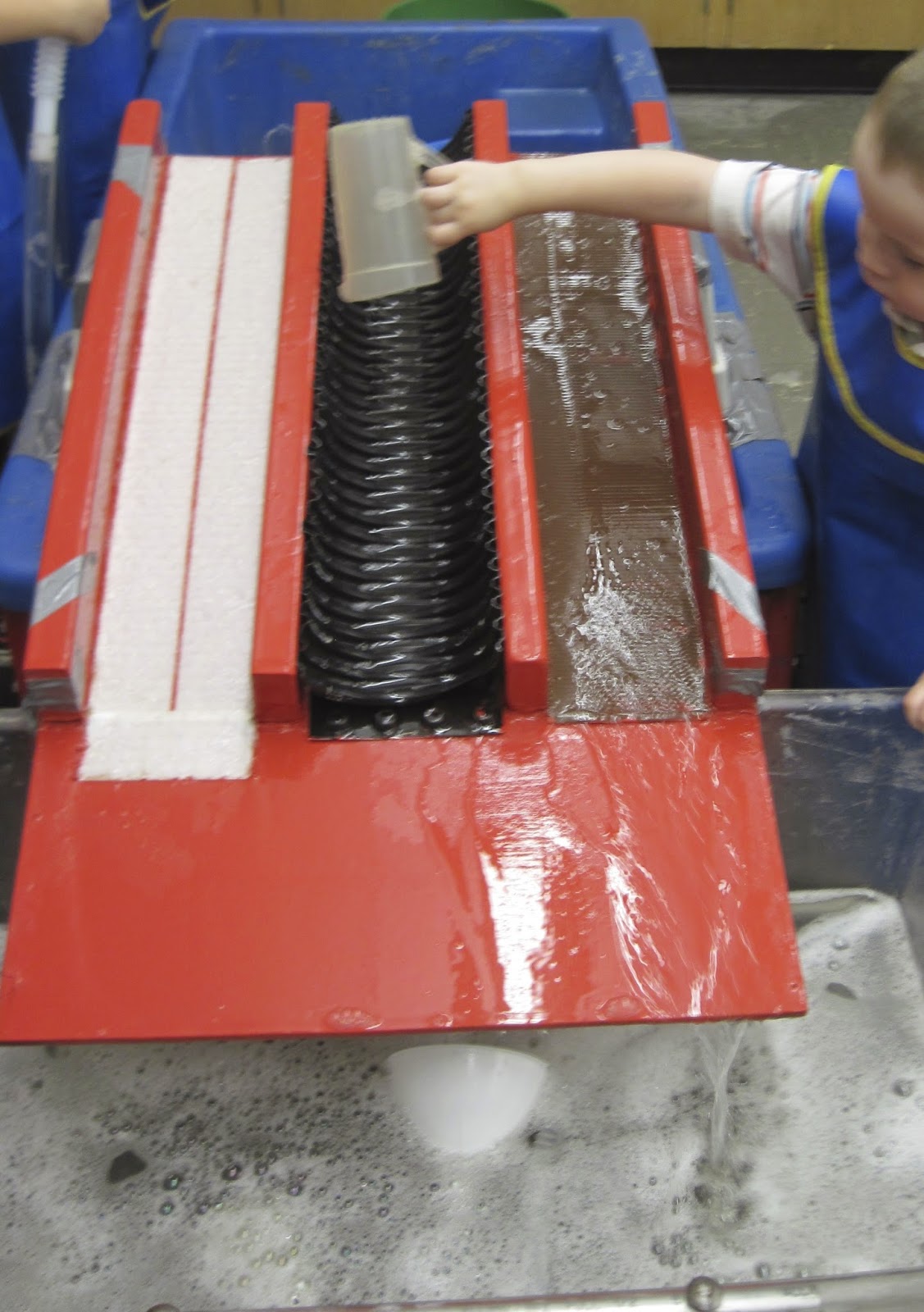 The Channel Board is a flat board (18" wide and 36" long) divided into three channels.  2"x 4" pieces of wood are screwed to the board through the bottom to form the channels.  Each channel is rigged with a different surface so when the children pour water down, they see how water flows over different surfaces.

One of the big issues with this apparatus was that it was very heavy and hard to keep securely taped down.  This past week I remade this apparatus using lighter materials.   I took a sheet of black plastic and used screws to attach 1"x 2" pre-finished molding to form the channels. 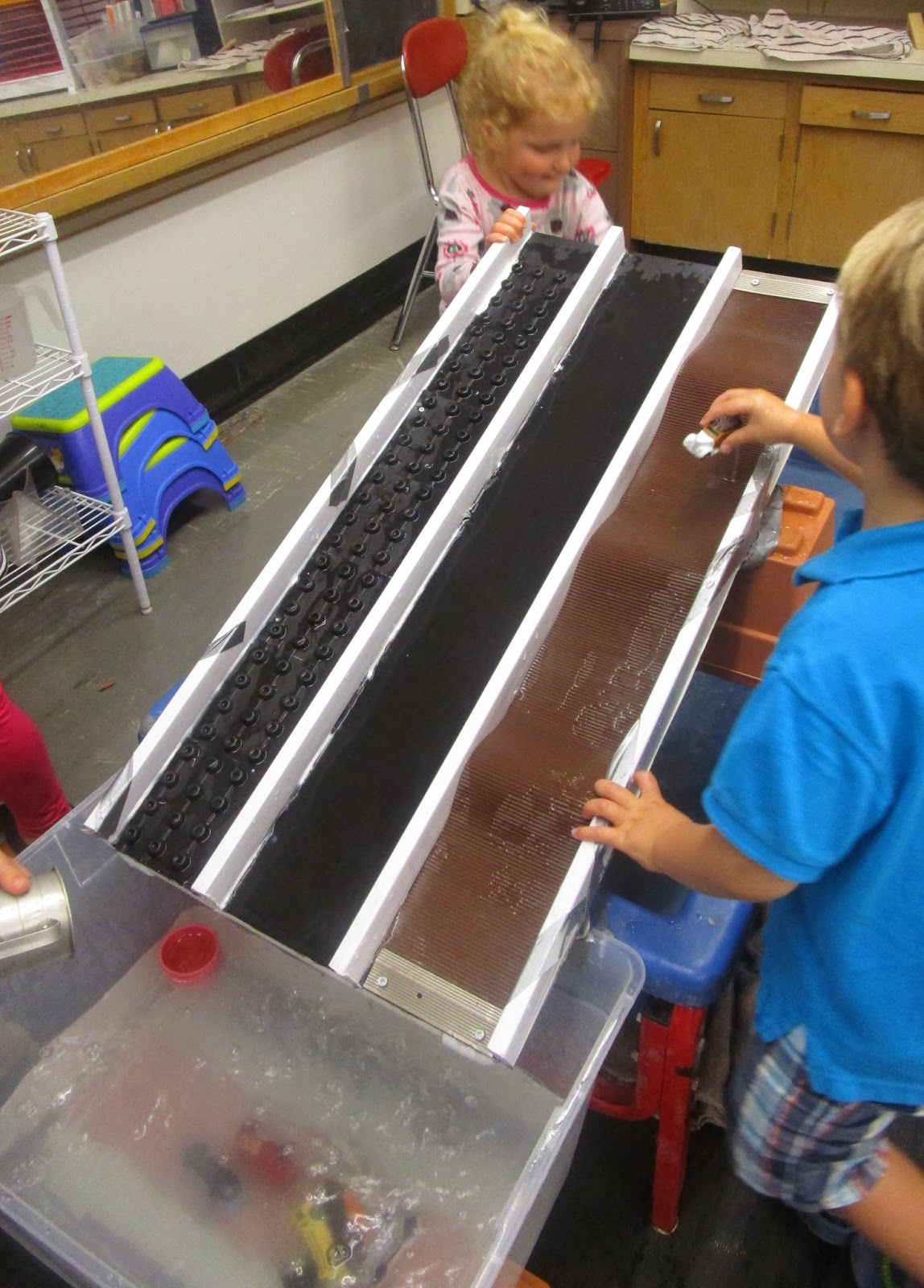 To give the plastic sheet extra strength so it would not bow in the middle, I made a frame out of 3/4" PVC pipe.  I first screwed the strips of wood from the back onto the sheet of black plastic. 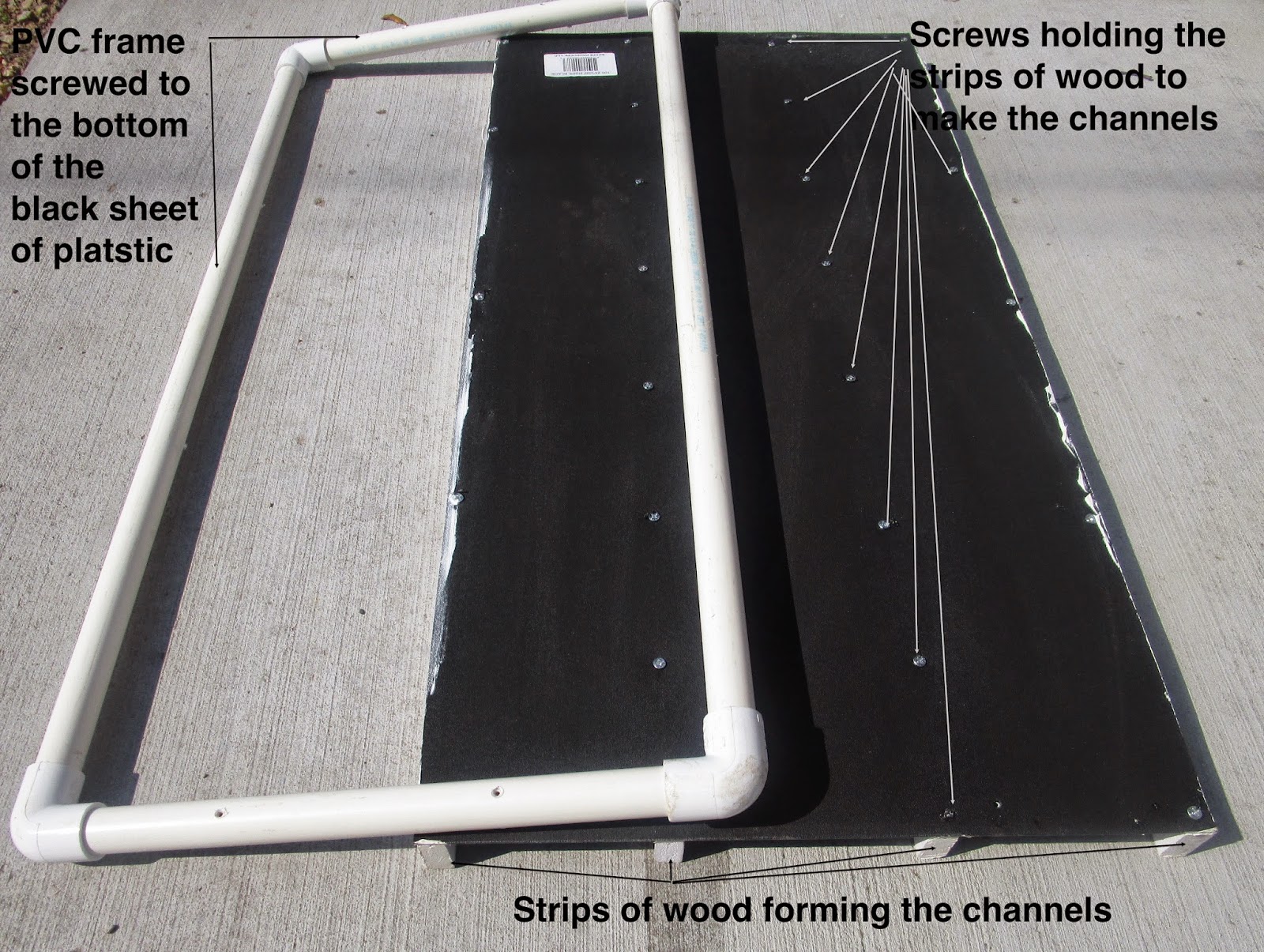 I then screwed the frame onto the black plastic sheet. 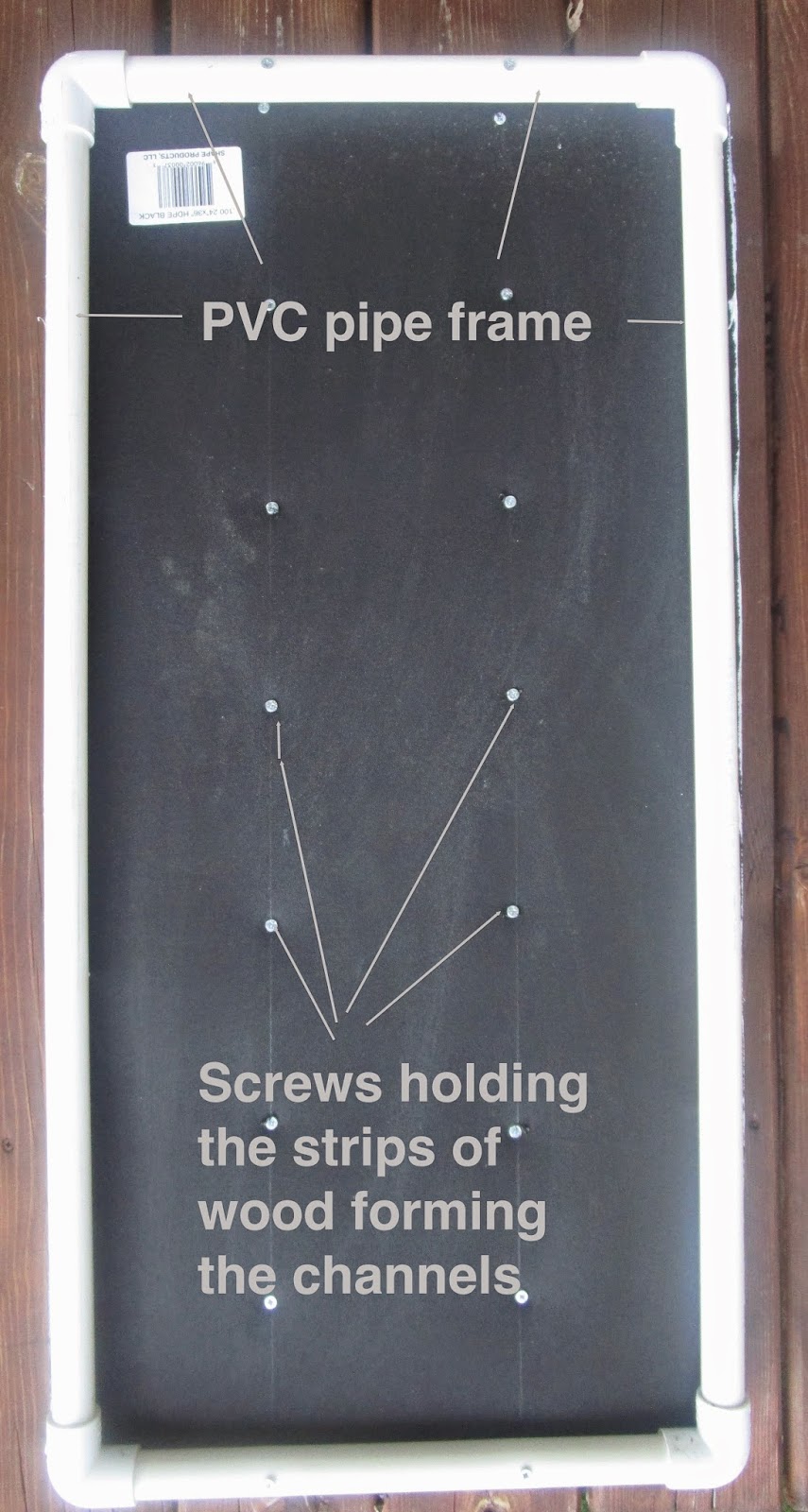 The first apparatus had bubble wrap, plastic drainage pipe and rubber matting.  I wanted to try something else this time around.  In one end channel, I screwed in several DRICORE squares used for leveling floors. They are plastic squares that measure 5"x 5" with little nubs all in a row. 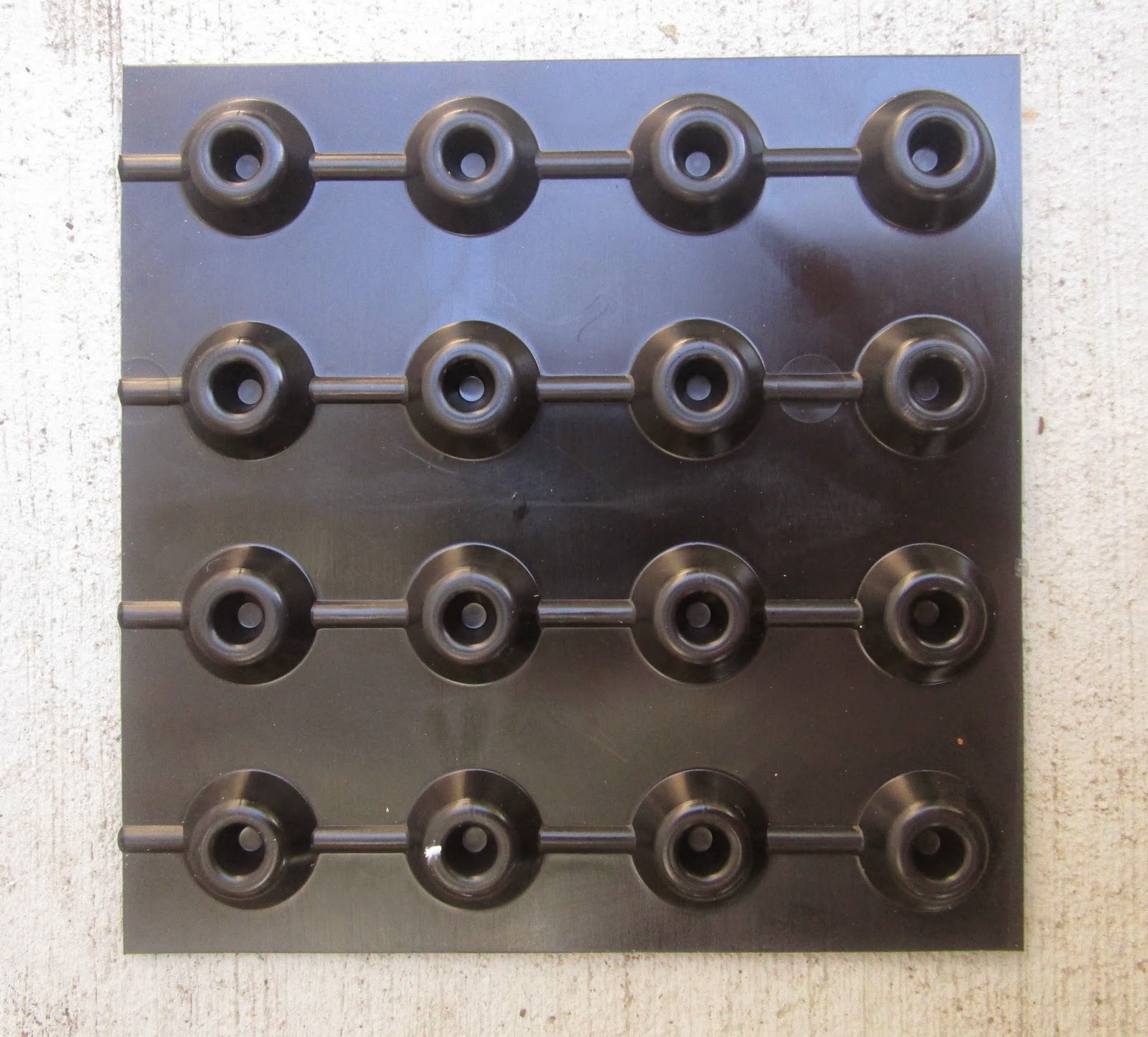 I actually bought these squares several years ago thinking I would use them someday for an apparatus at the sensory table.  And finally---voila!

In the other end channel, I attached rubber matting.  I used carpet transition pieces on both ends to hold it down and in place.  The rubber matting is purposefully attached with the ribs perpendicular to the channel walls so there is a ripple effect to the water flow. 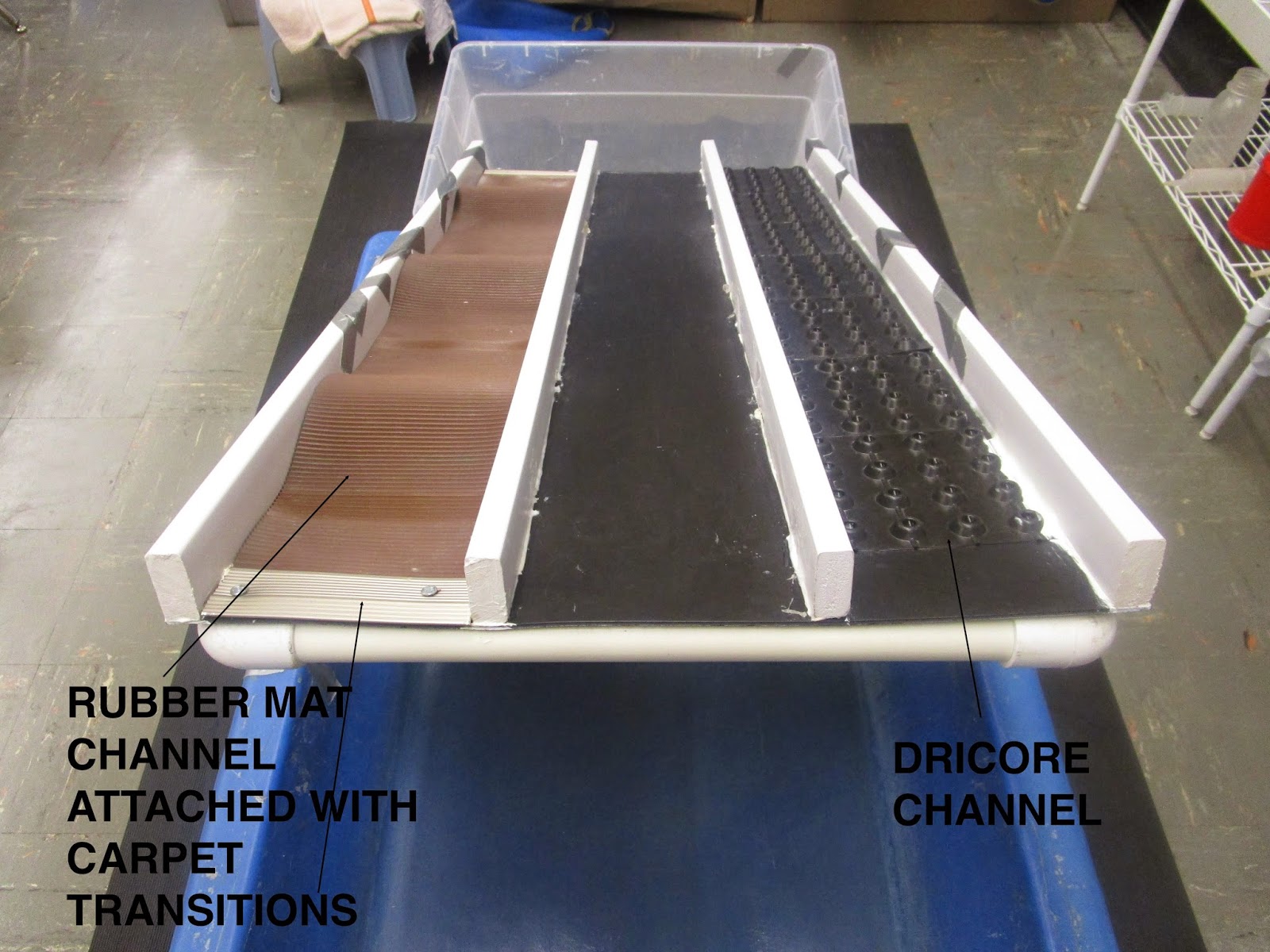 I used rubbing matting before, but this time I glued pieces of pipe underneath so that there would be bumps for this version of the apparatus.  You get a better view of the bumps under the rubber mat with a side view. This view also shows how a planter tray is used to create the incline for the apparatus.

I did not purposefully leave the middle channel clear.  I glued rocks to the middle channel with liquid nails.  You cannot see the rocks because one of the first undertakings of the children was to see if they could remove the rocks.  As is very apparent, they were successful.

Sheets of water from Thomas Bedard on Vimeo.

Did you see at the end the child placing the car in the channel?  He releases it just as he pours the water with his other hand?  Is he trying to make the car go faster by purposefully placing it in the stream of water?  There had to be a certain amount of thrill to see the water zoom down the channel.  Is that feeling intensified when a car is added to the flow?

Contrast that episode with an episode of a child rolling a motorcycle down the channel with the rubber matting and the bumps.

Experimenting on the bump from Thomas Bedard on Vimeo.

What would you like to see in the channels?  Now go try it.