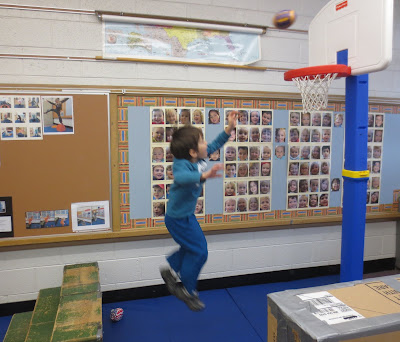 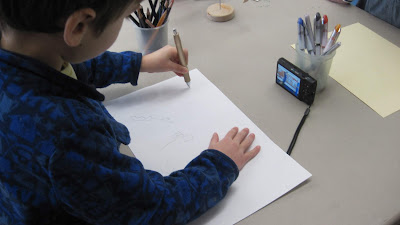 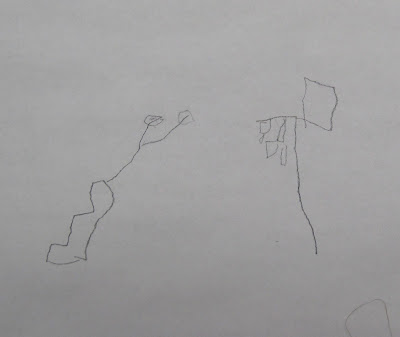 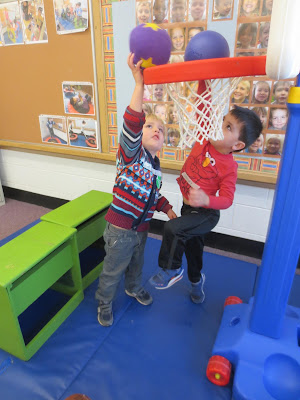 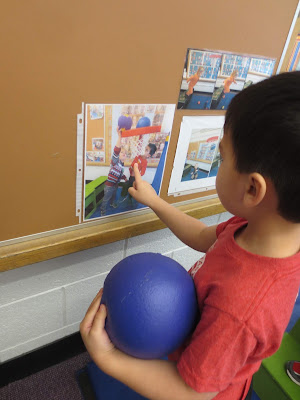 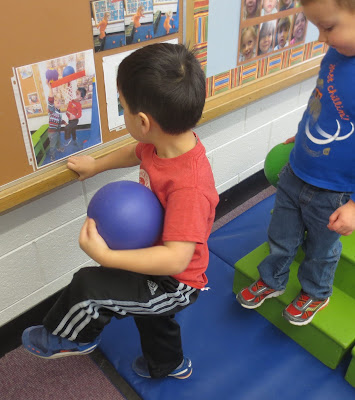 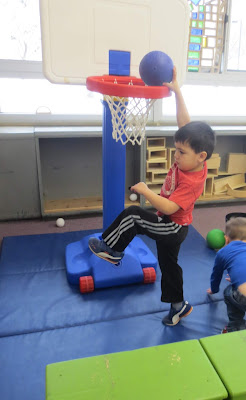 So often in early childhood education we privilege a certain kind of representation, the kind illustrated by the child drawing himself making a basket.  However, by privileging one kind of representation over another, we may not even think to offer invitations for children to use their body as tools to represent their engagement in the world around them.
Posted by Tom Bedard at 3/23/2019 0 comments

This time of year in the USA, there are a lot of college basketball games on TV, all leading up to a national championship.  It is called March Madness.  Each year at this time, I made sure I brought out a basketball hoop and placed it on the large muscle mat in my classroom.

In addition to the basketball hoop, I commandeered our green steps from the block area and set them up as an invitation for the children to climb as they attempted to make a basket. 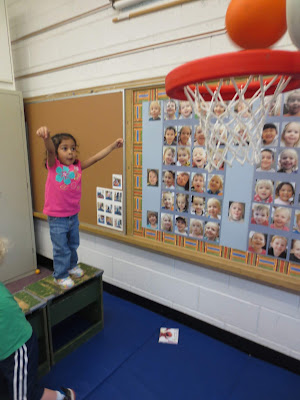 That added a new level of physical challenge to their act of throwing the ball at the basket.  If the child chose to climb the steps, she needed to throw with enough force and the right trajectory while balancing on the 10"-wide step two feet off the ground.

The children were able to change the degree of difficulty by adjusting the height of the basket between three different settings: 4, 5 or 6 feet 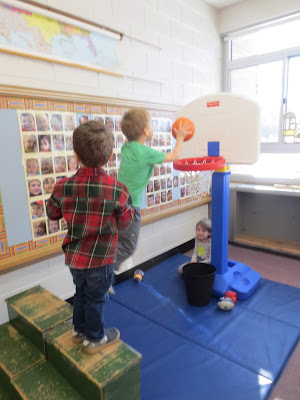 Another way they changed the degree of difficulty was to move the steps closer to the basket. 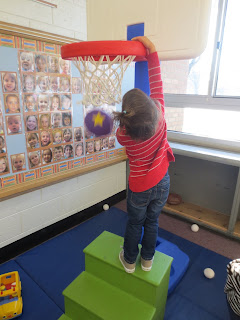 Of course, many children used the steps to create an even greater challenge while trying to make a basket.  They asked the question: Can I jump and make a basket? 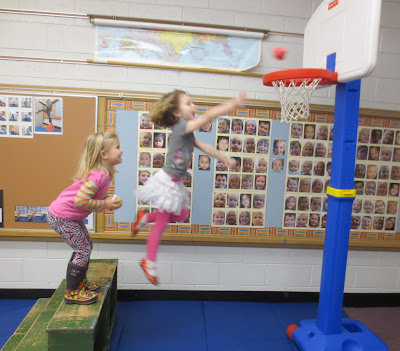 This turned out to be a very complicated action because the child had to compensate the force of her throw in relation to the momentum of her body lunging toward the basket.

It was always evident that the children had seen some basketball because they knew how to execute a flying dunk. 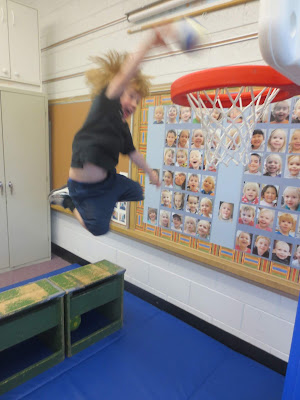 I have almost 1000 of pictures of children in midair as they attempted to make a basket.  I often showed the children these pictures.   I would usually comment that it looked like they were flying because their feet were not on the steps, nor were they on the ground. 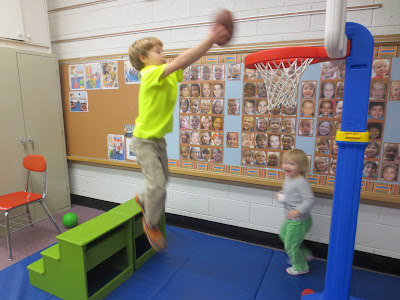 The last couple years of teaching, I started to ask children---after seeing themselves in midair---if they would like to draw themselves making a basket.  For those who said yes, I suggested we go to the writing table where I gave them the camera with the screen showing their stop-action shot. 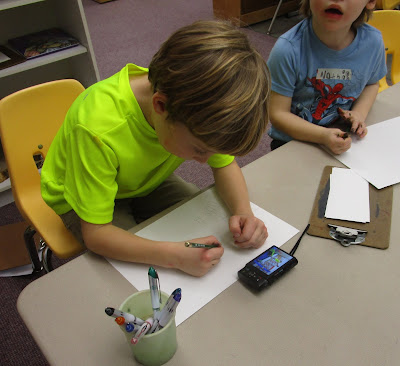 With the screen as their reference, they gladly tried to recreate their basket-making prowess on paper.

The child pictured above at the writing table made the following drawing.  When I looked closely at the picture, I saw a lot of detail.  He drew the cabinet in back, the red chair, the green steps, the blue mat with its sections, the basketball hoop, and the child on the mat who was watching him make a basket.  In his drawing, he even included representations of some of the pictures on the bulletin board next to the large muscle area and one of the florescent lights. 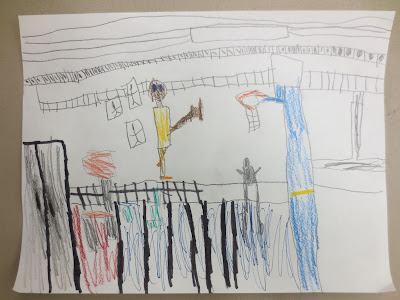 He was very proud of his drawing so he went over to the other teacher in the room to tell her about his drawing. 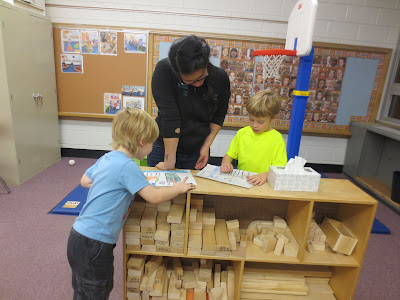 The children were always fascinated with these stop-action shots with them in midair.  They would ask me time and time again to take another picture and then ask to see it.  I am not surprised I took almost 1000 of these images.  However, I was genuinely surprised at how willingly the children drew themselves in stop action.  Children who rarely used the writing table seemed right at home when it came to drawing themselves in action.  Why? I can't help but think that it was because the basketball hoop with the steps was an unique invitation that both the children and I could mine for something richer and more meaningful than simply making baskets.