This summer when I was looking at pictures I have taken over the years, I found a picture of an apparatus I have not made for at least five years.  It is a combination of planter trays and a cardboard tube. 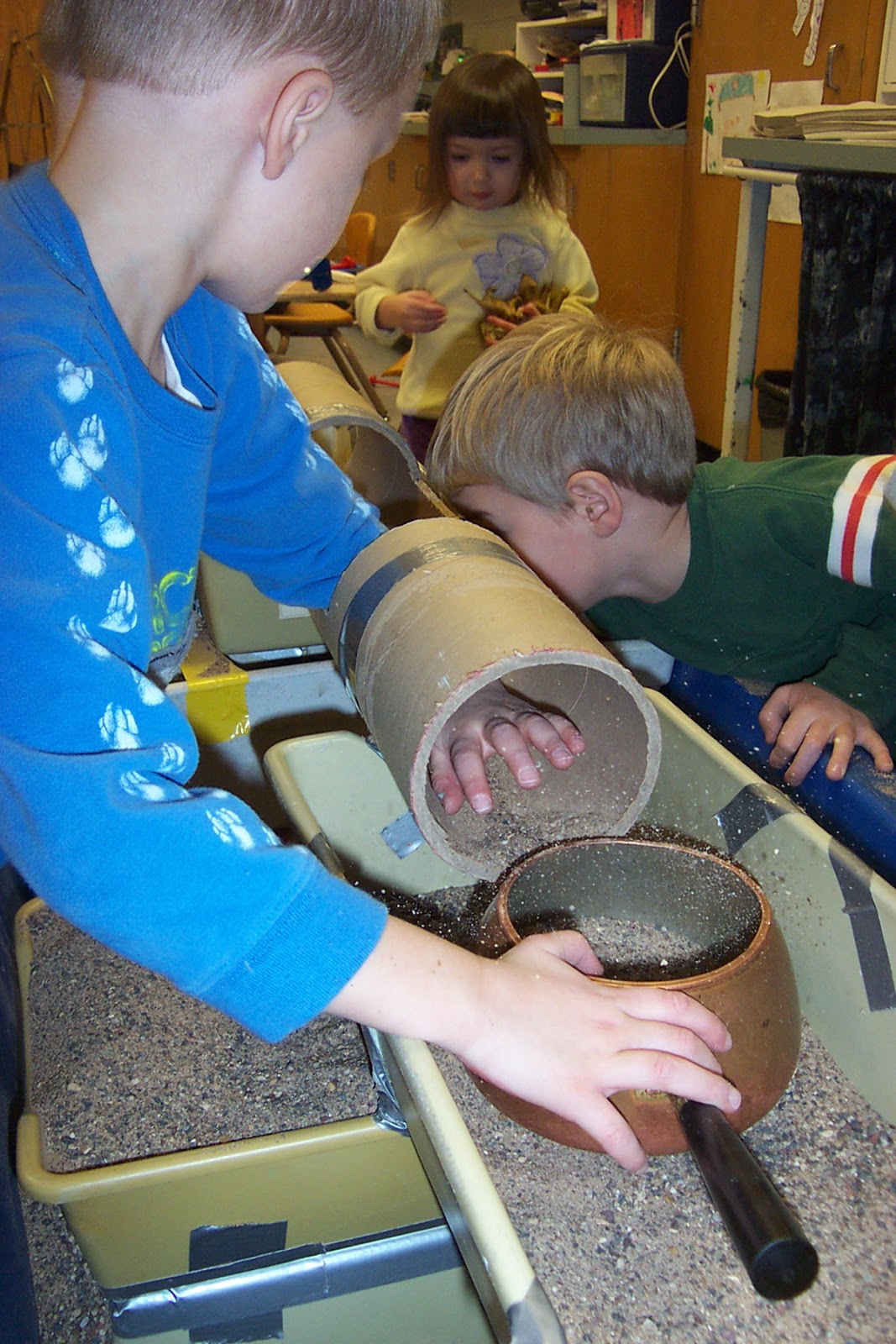 In the picture above, the trays are stacked to form a multilevel tray apparatus.  A short cardboard tube is attached to the apparatus.  The tube has a section cut out in the middle.

At the beginning of this school year, I decided to recreate this apparatus.  Now you need to understand when I recreate an apparatus, it is rarely the same as the original.  There must be a reason for that, but I am not sure what it is.  It may have to do with the parts I have on hand when I start to build.  This year's version does not have the multilevel trays and the cardboard tube is a lot longer and has more and varied holes. 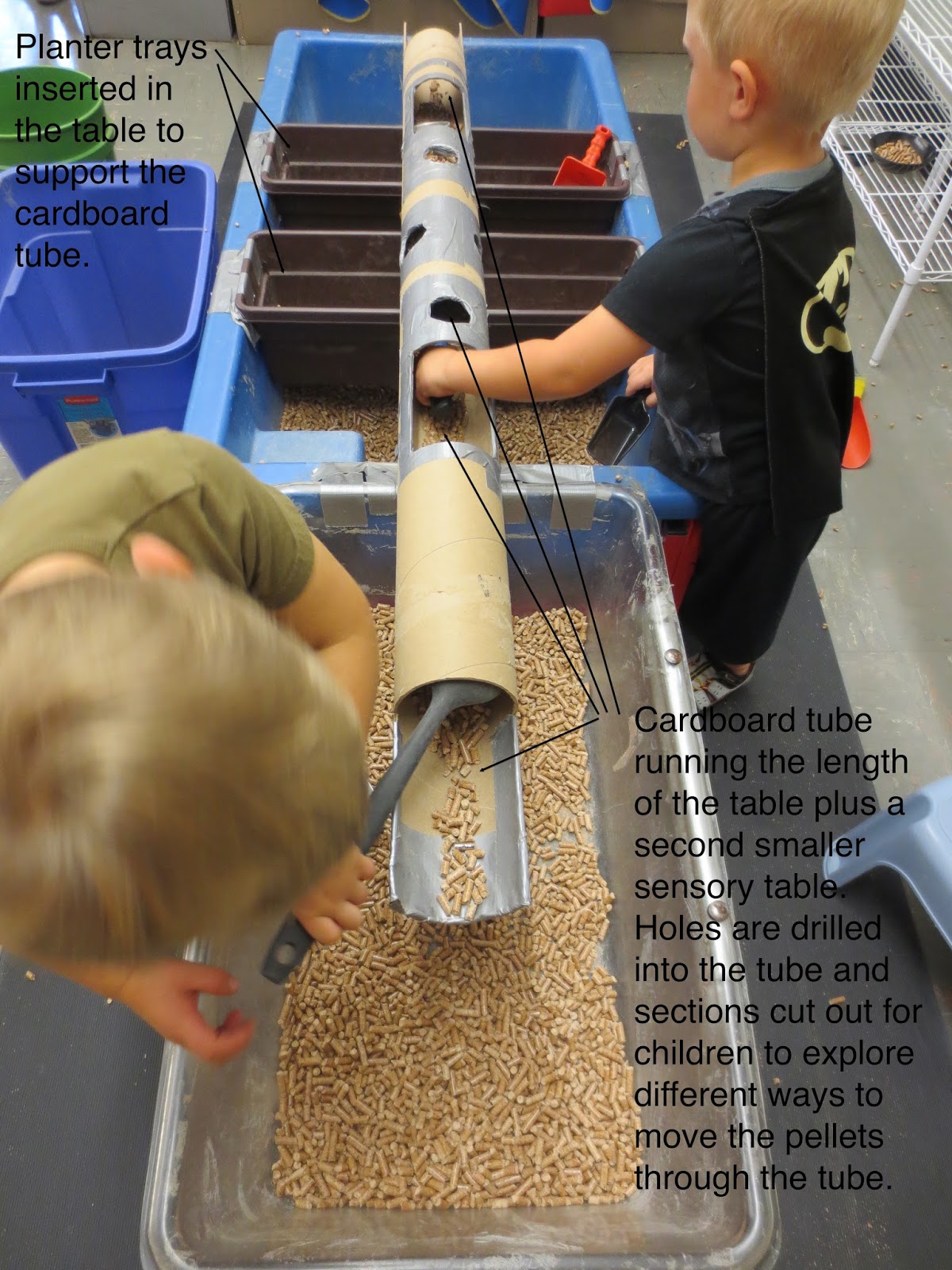 This is the time of year planter trays go on sale.  I threw out my old white ones and bought new brown ones.  They are sturdy and support the longer tube well.  The longer tube reaches beyond the regular blue sensory table, so a smaller, clear table was set up next to the blue table.

Watching the children operate on this apparatus, I was struck by how many points of entry there are and how the children find them all.  There are the ends. 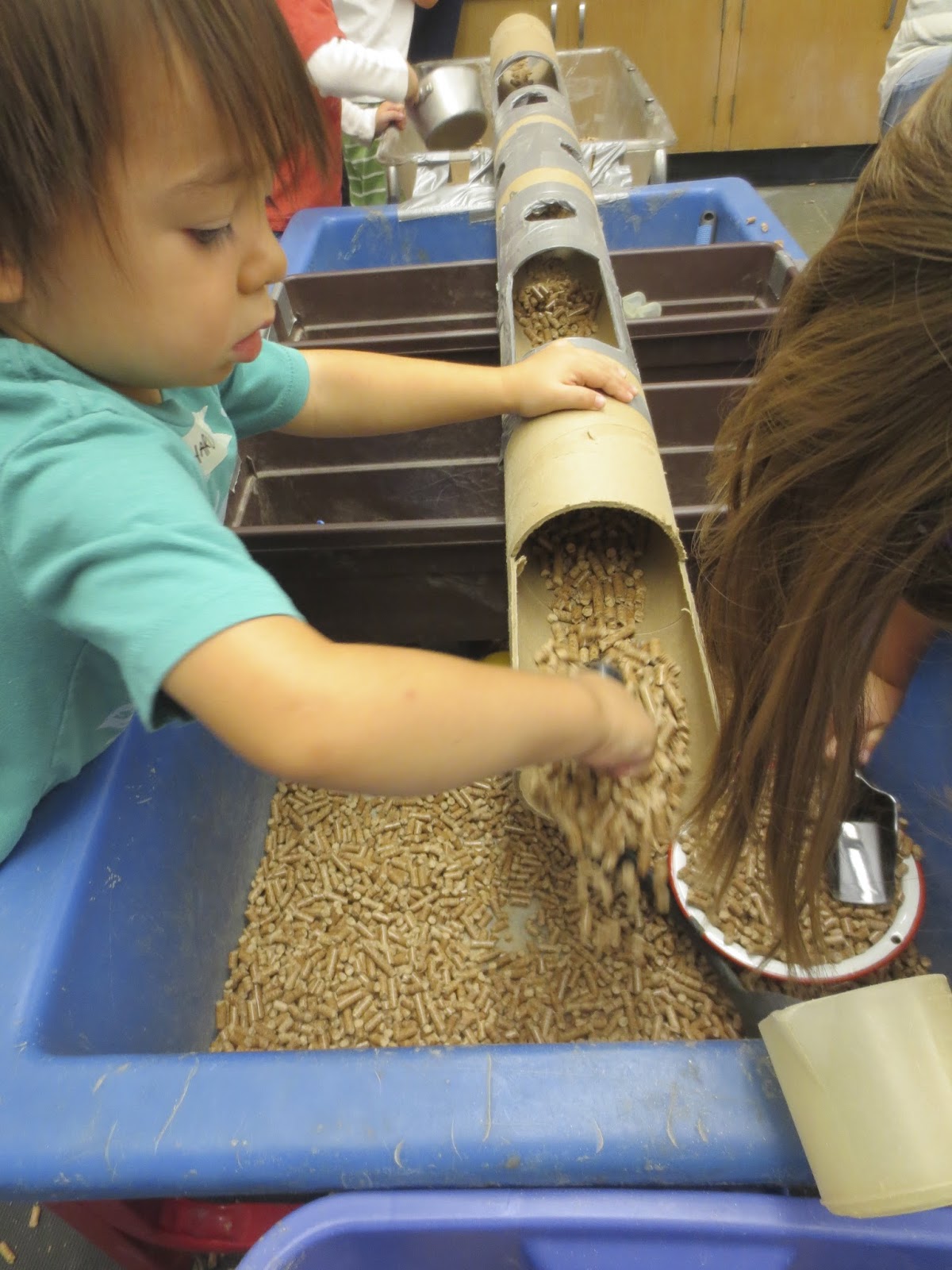 There are the holes. 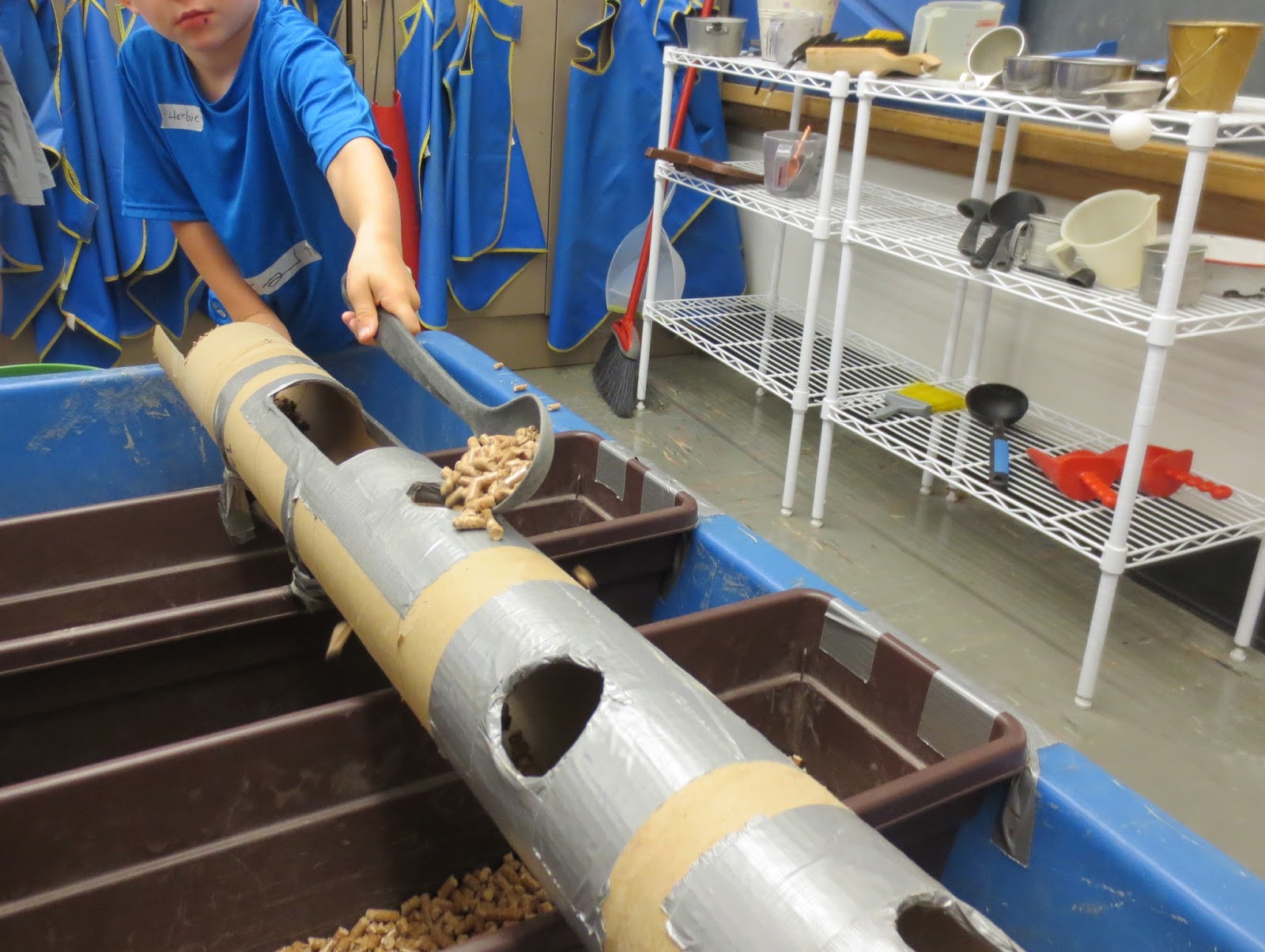 There are the open sections. 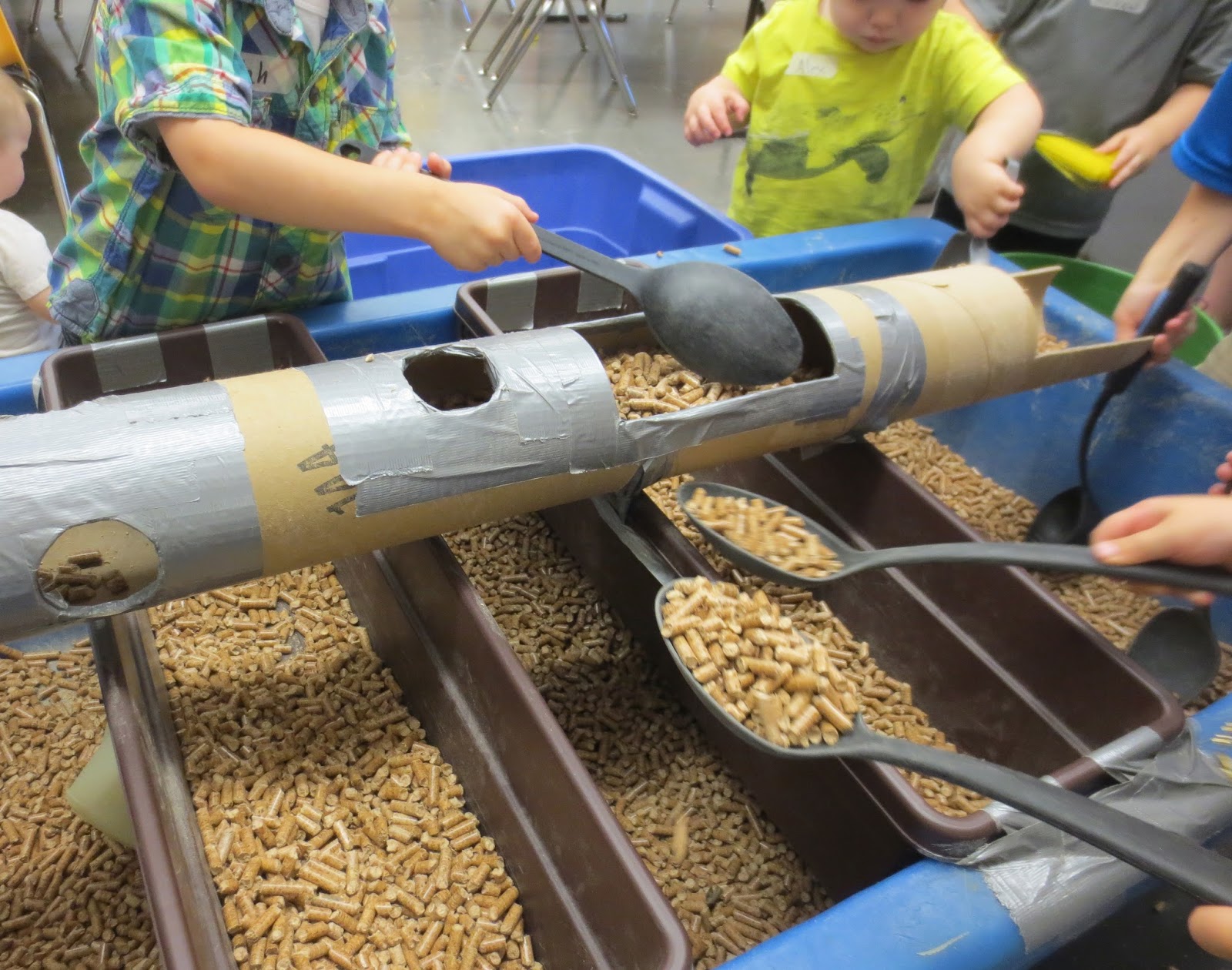 There is something amazing about this picture.  How many spoons and scoops do you see just on this end of the table?  I see six in this small section of the table.

Not only do the children use all the points of entry, but they are always creating and recreating operations to explore the apparatus.  They do such things as scooping the pellets from a tube into a pail. 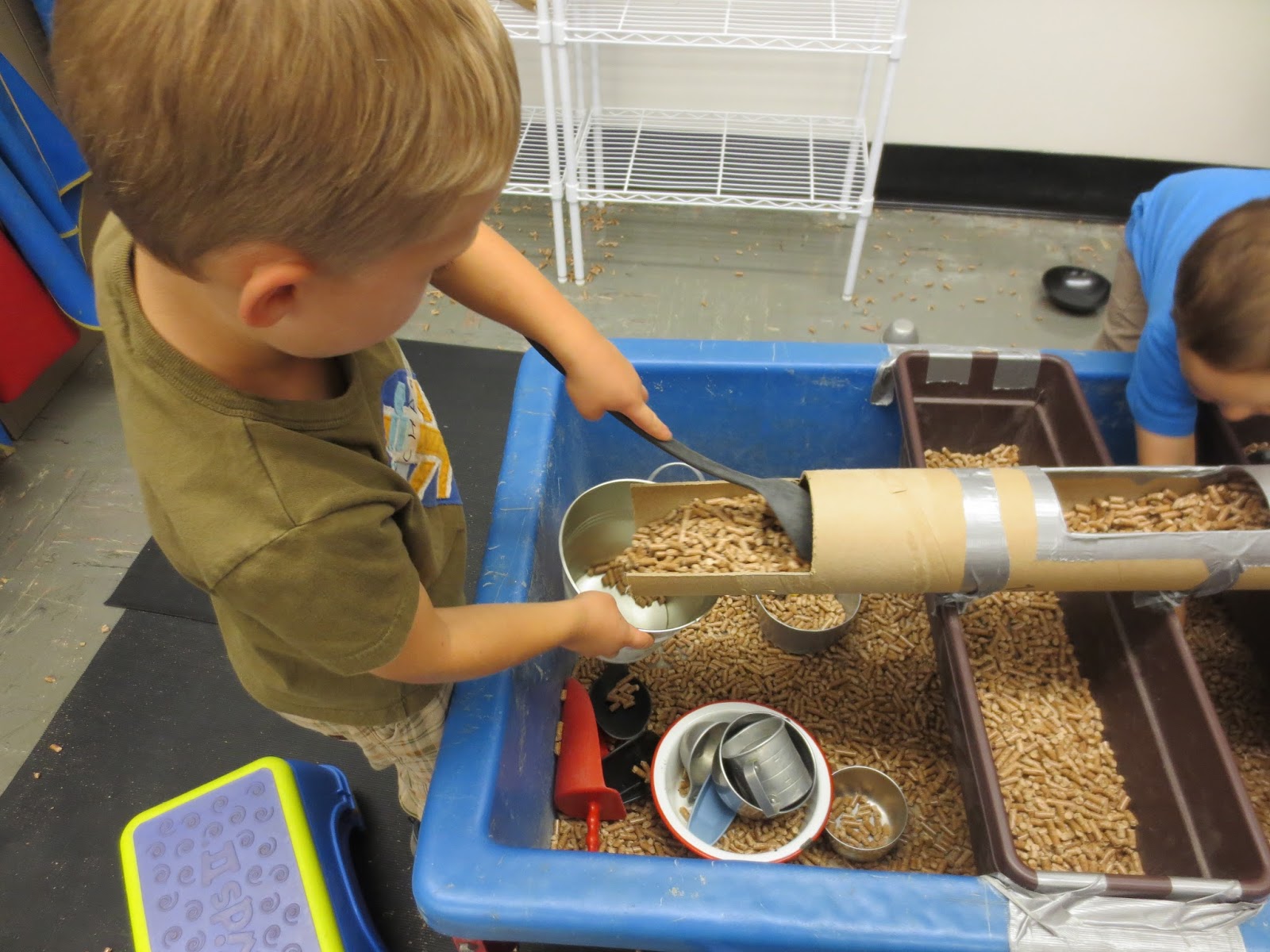 One child wanted to sweep out the tube with a little broom. 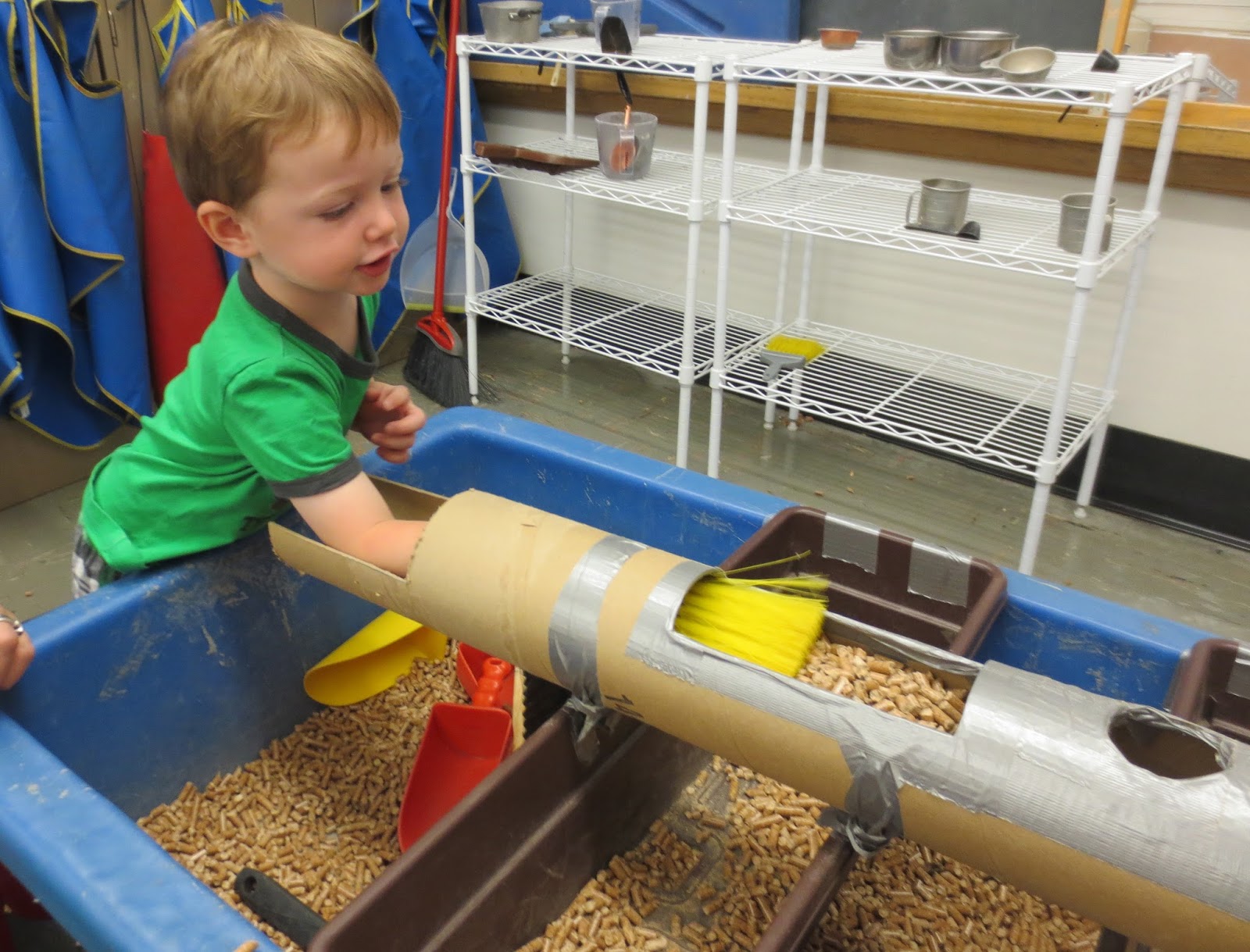 You can see the child referencing his actions by looking at the broom in the open section of the tube.  He can't see his hand but he knows his hand is controlling the broom.

How about a child who hooks a little ladle in a hole of a tube and then fills the hanging ladle? 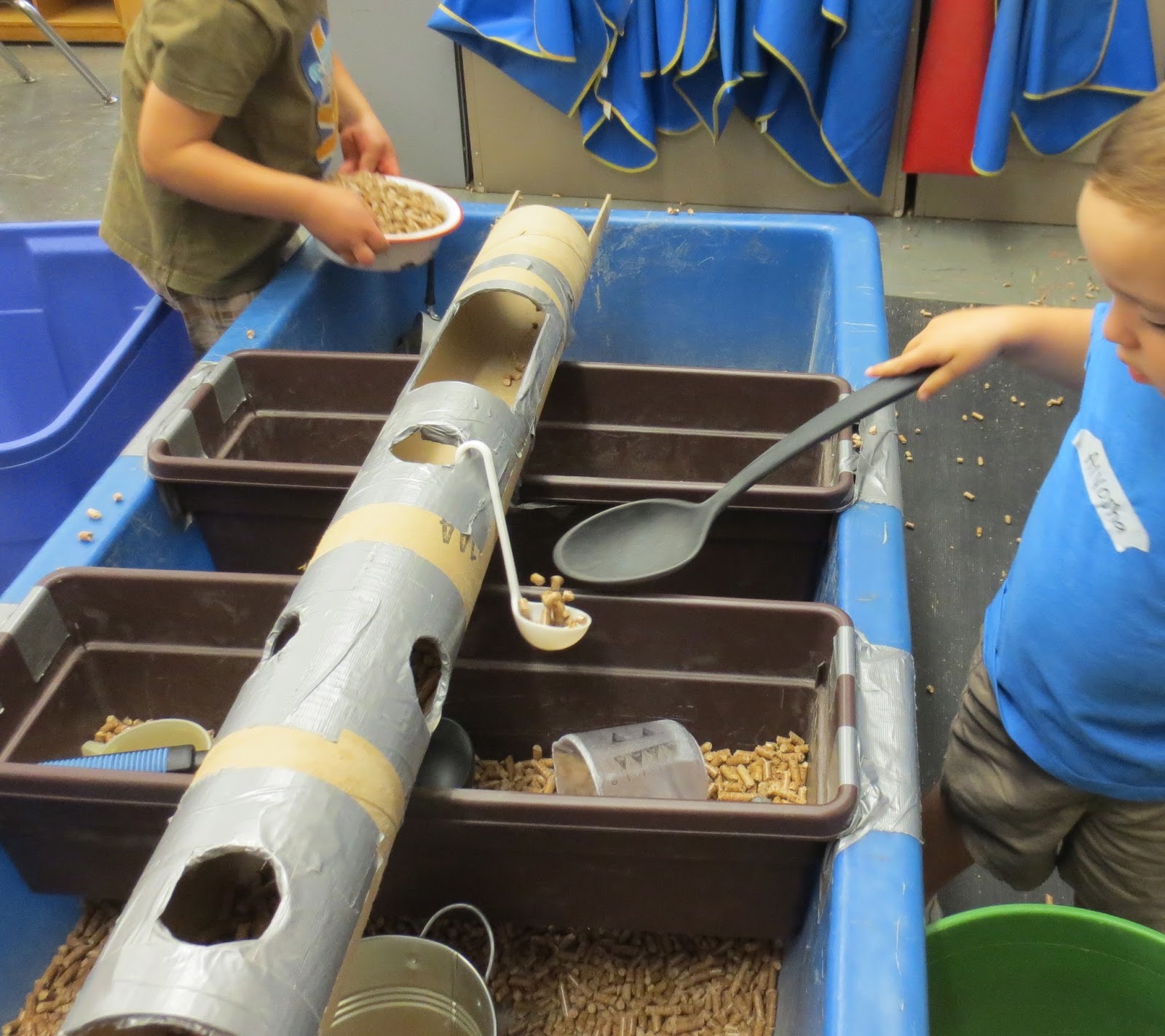 Earlier in the post I speculated as to why an apparatus changes when a recreate it.  As I said before, it may have to do with the parts I have on hand when I start to build.  I am now wondering why and how children create and recreate operations at the table with the different apparatus. Well, it may have to do with the provisions on hand when they begin to explore.  Actually, it is probably the agency the children bring to both the apparatus and the provisions.   That agency flourishes when both the apparatus and the provisions are open-ended.
Posted by Tom Bedard at 9/14/2013