Back in September of 2010, I wrote about a set of apparatus called Multiple Trays.  In that post, I included the following apparatus.   (If you are wondering what the yellow medium is in the table, it is whole feed corn for animals.) 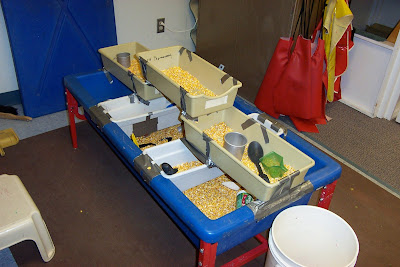 The apparatus featured four levels: 1)the bottom of the table itself, 2)the first level of trays, 3)the second level of trays, and 4)the top tray.  If you include the bottom of the pail, there are five levels. If you look on the right-hand column of this blog, levels are highlighted under both Dimensions (#2) and Axioms (#3).
This year I added yet another level to the apparatus.  This is what it looked like this year.  The bottom white trays and the tan trays are all planter boxes from the hardware store.  The yellow-ish trays on the top are old carrying trays that were found in a back storage area several years ago. 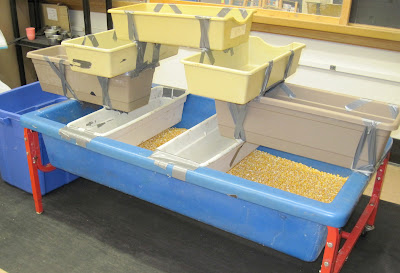 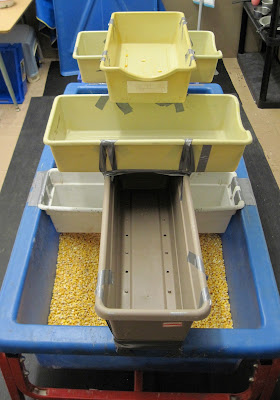 As stated in Axiom #3, children will operate on all the levels provided by an apparatus.
That begins with the floor. 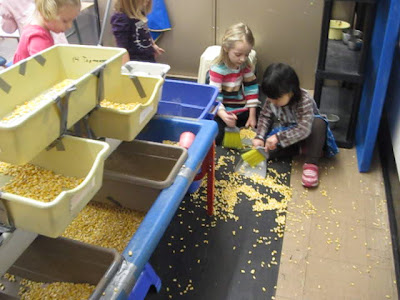 Next, the tub---which is almost the same level as the floor. 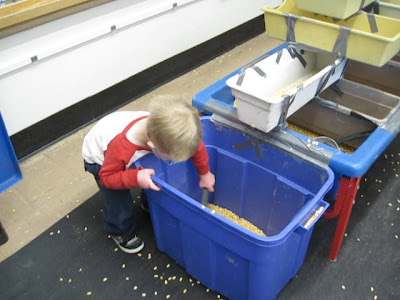 Next, the bottom of the table itself.  That's a little more interesting to use, though, because of the tray structure above it.  To work on that level is both an under and through spacial experience. 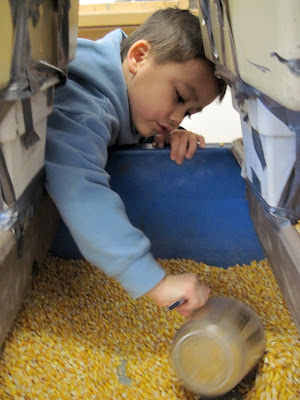 Next, the first level of the trays.  Again, this is an under and through spacial experience. 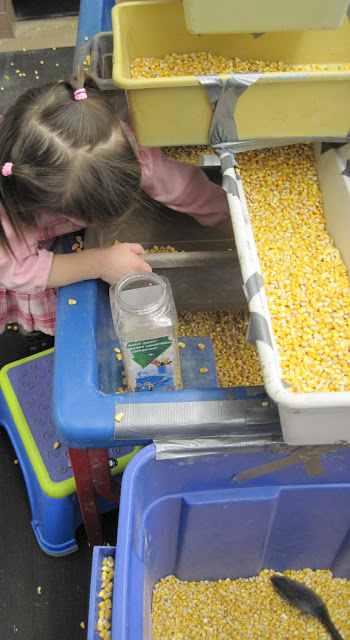 Next, the second level of trays 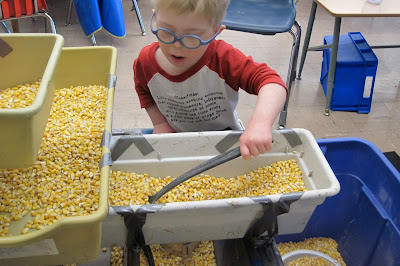 Next, the third level of trays 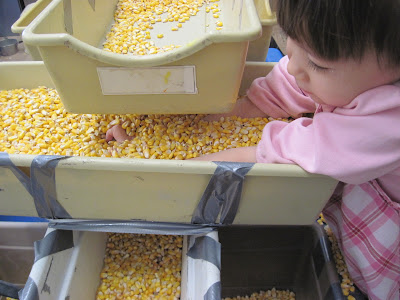 And finally, the top tray.  If you have been counting, that is seven different levels.  By the way, this last level is a good reach for some.  A physical therapist would point out that this level is great for encouraging good trunk extension. 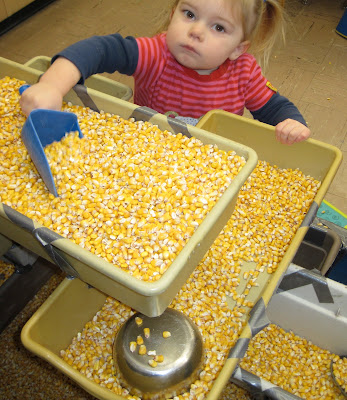 Because of the multiple levels provided by this apparatus, children can play and explore in the same vertical plane on different horizontal levels.  The picture below exemplifies this point well. 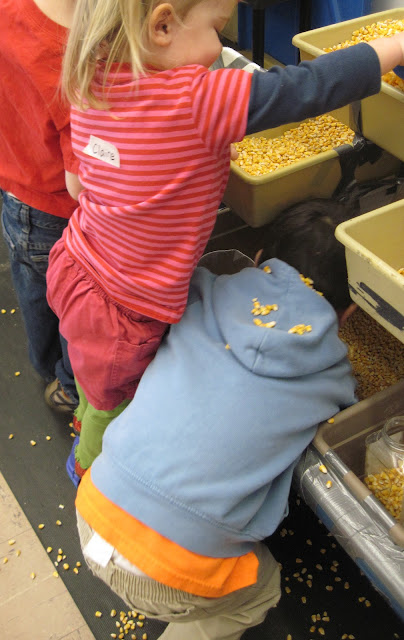 Do you notice the corn on the back of the boy's sweatshirt?   Well, that is part and parcel of playing in the same vertical space.
Of course, children can also play in the same horizontal plane.  And when they do, chance encounters with the person across the way makes for surprising connections.  The two girls below were putting their whole arms in the tray and ended up touching hands, which caused one of the girls to peek around the tray to see who was on the other side. 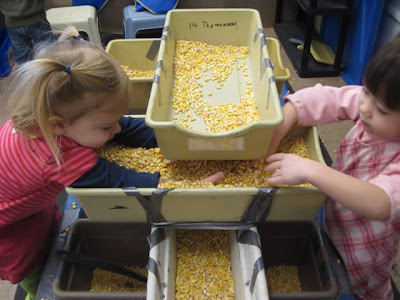 Of course, what is to stop children from playing in the exact same space?  The three children below are all taking corn from the top tray. 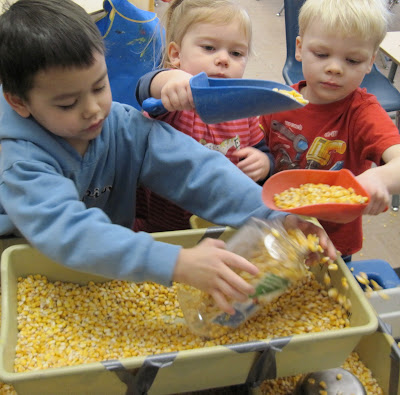 Does that look a little crowded?  Maybe by adult standards, but these three children---who do not usually play together---did an nice accommodation "dance" for each other that allowed each of them to take from the same tray.
I would like to leave you with one child's take on play at this apparatus.  Listen near the end of the clip when he says:  "I've never worked so hard in my life."
Take it from an expert:  If you come into my classroom, you had better be prepared to work hard!
Posted by Tom Bedard at 2/11/2012