I change the setup at the sensory table every week.  You may ask: How do I do that?  Often times, it is a matter of extending or modifying the existing apparatus.  A case in point is the Big Boxes around the Table. 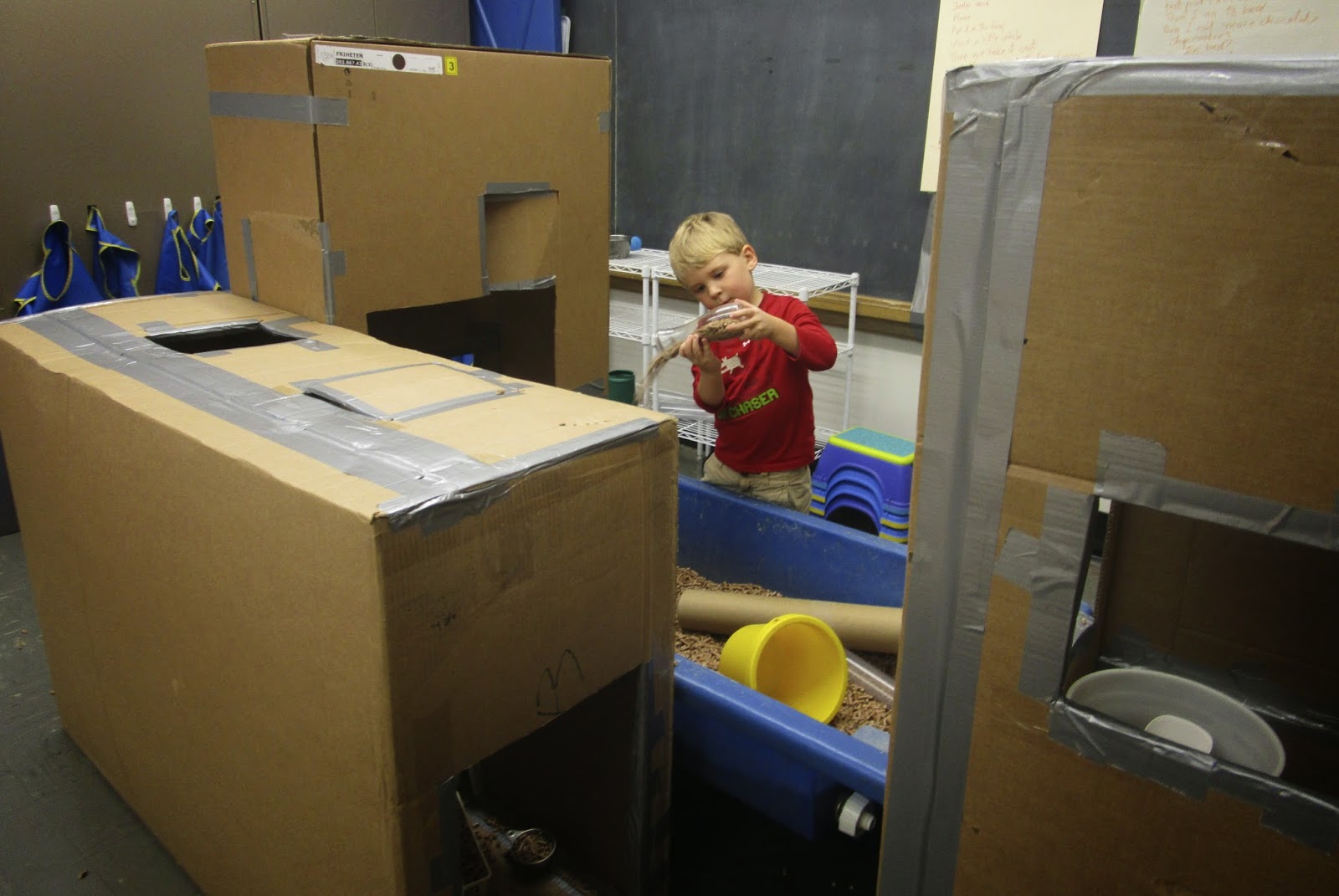 In the picture above, there are three big boxes arranged around the table.  In a way, the table is an enclosed space on three sides.  Children can be inside the boxes or outside the boxes transporting the pellets both inside and outside the sensory table. 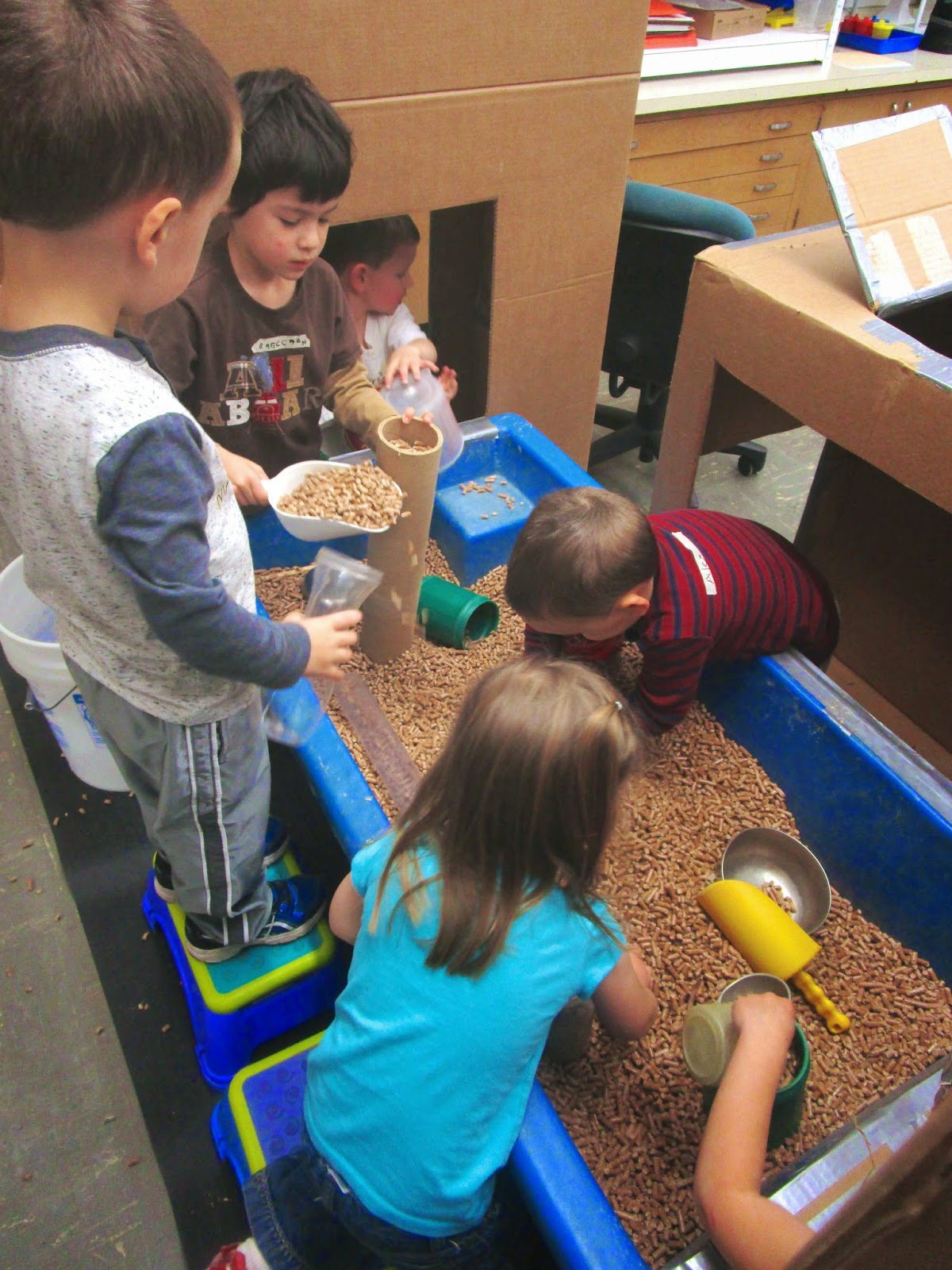 As you can see, even though the sensory table is "fenced" in by big boxes on three sides, the table itself is open. 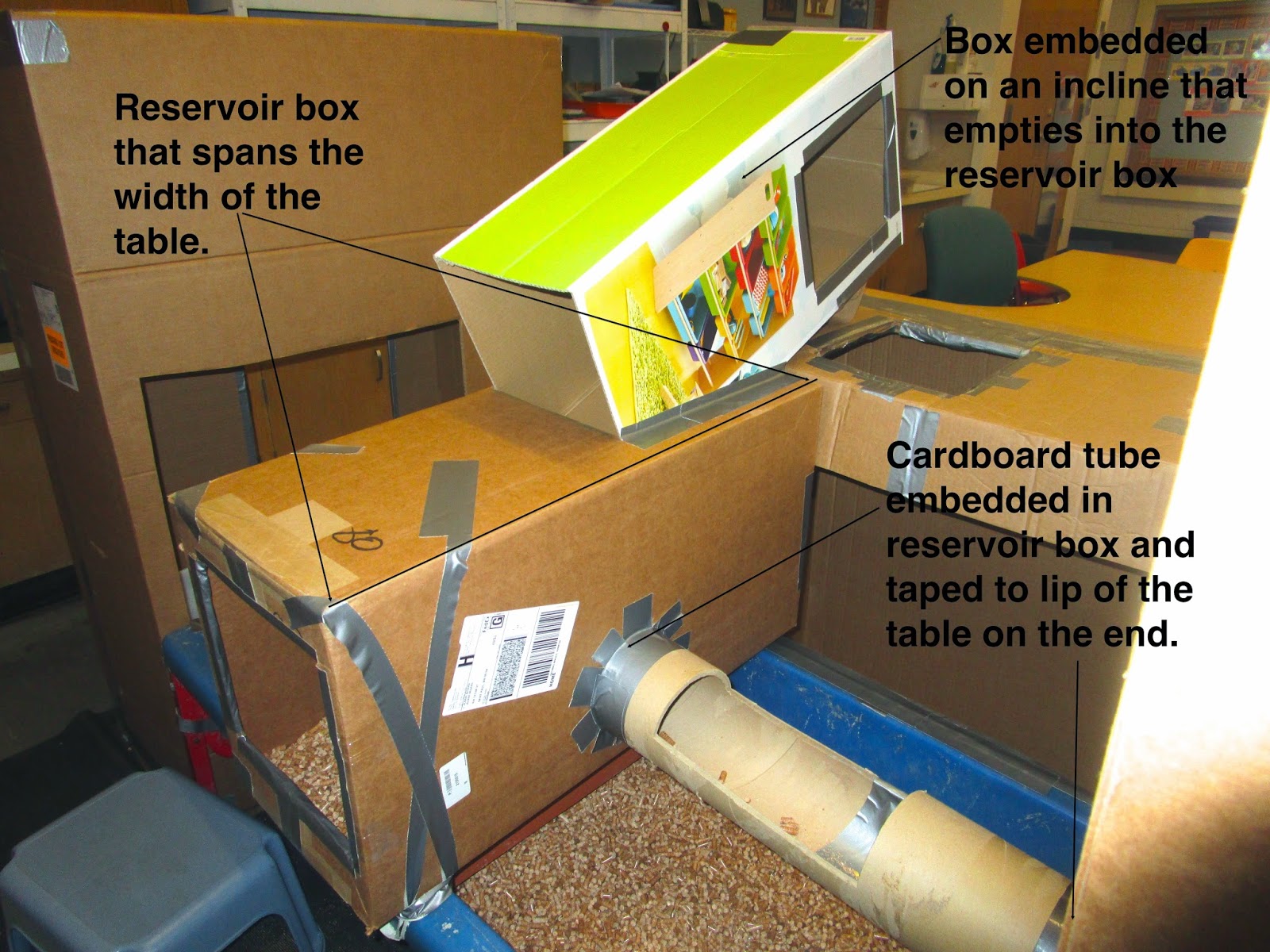 I call it a reservoir box, because this box basically collects pellets that are transported into it via one of the three windows---two on the end and one on the side---or via the embedded box on an incline or through the cardboard tube.  It holds the pellets because the window openings have edges. 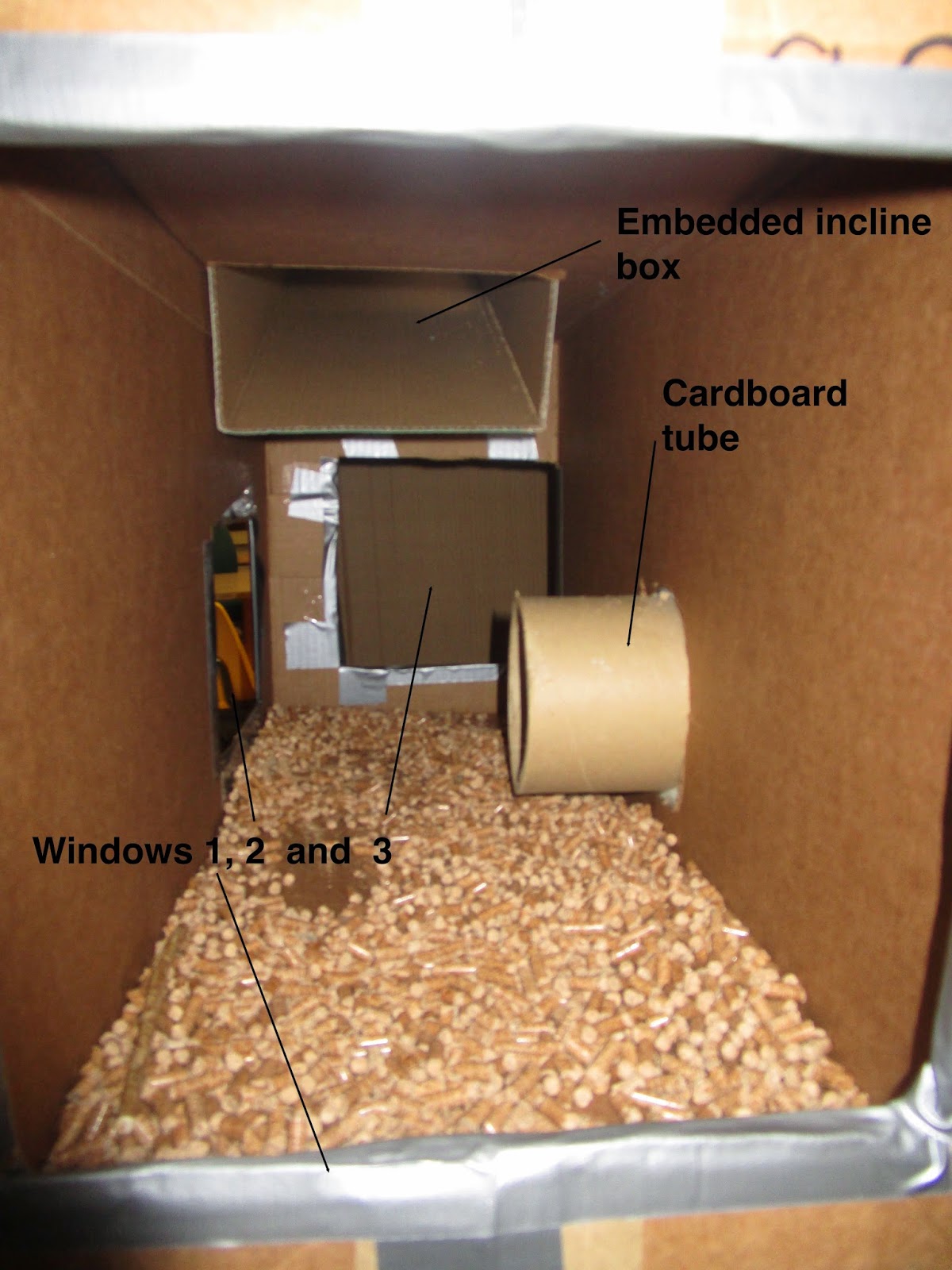 The additions to the apparatus now divide the table itself, which used to be completely open, into three distinct areas. 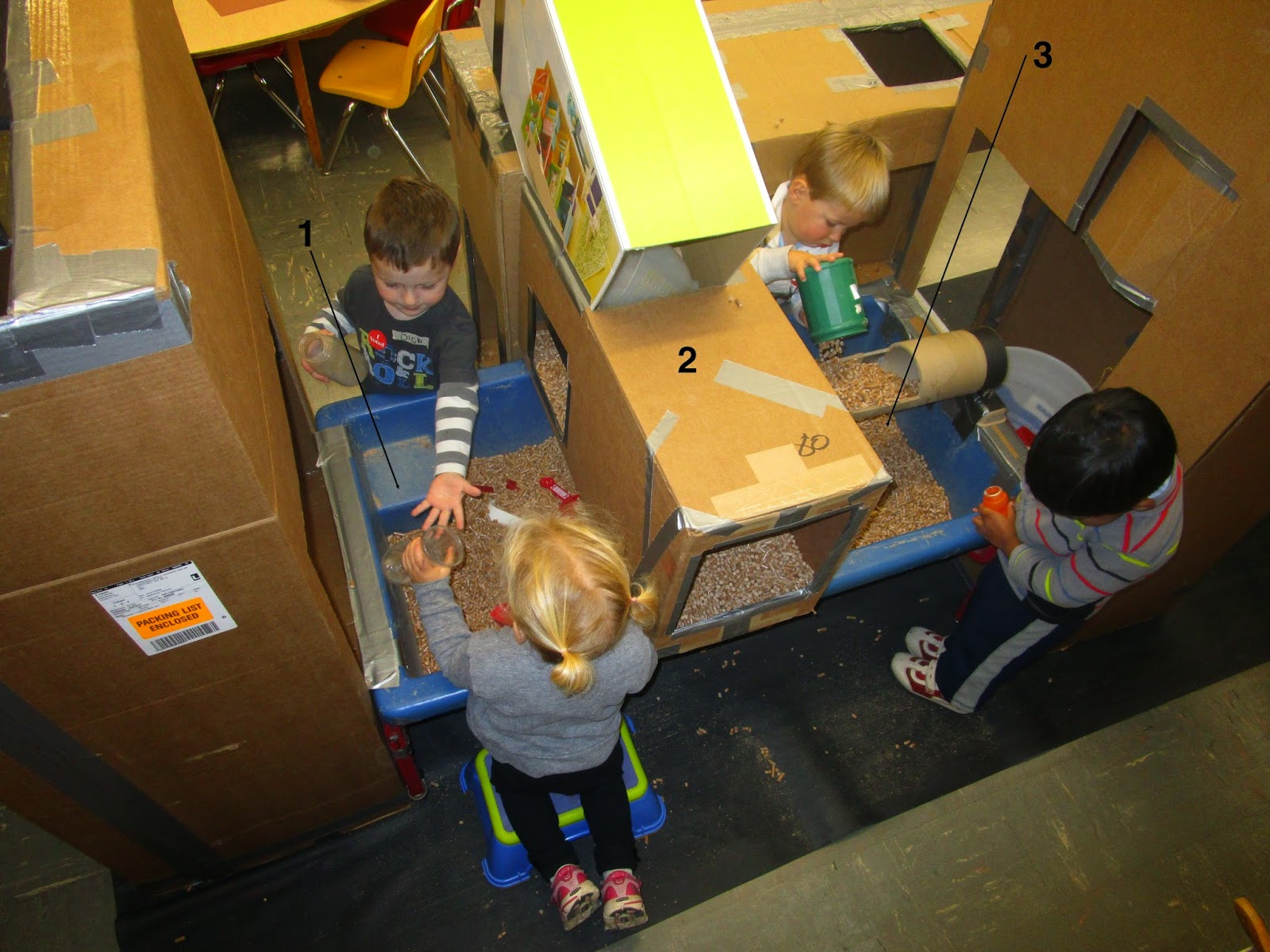 How would you expect the children to carry on in a space like this?  Let me highlight just two examples of how the children went about exploring this new configuration.

The smaller, more defined spaces seem to invite the children get into the table itself. 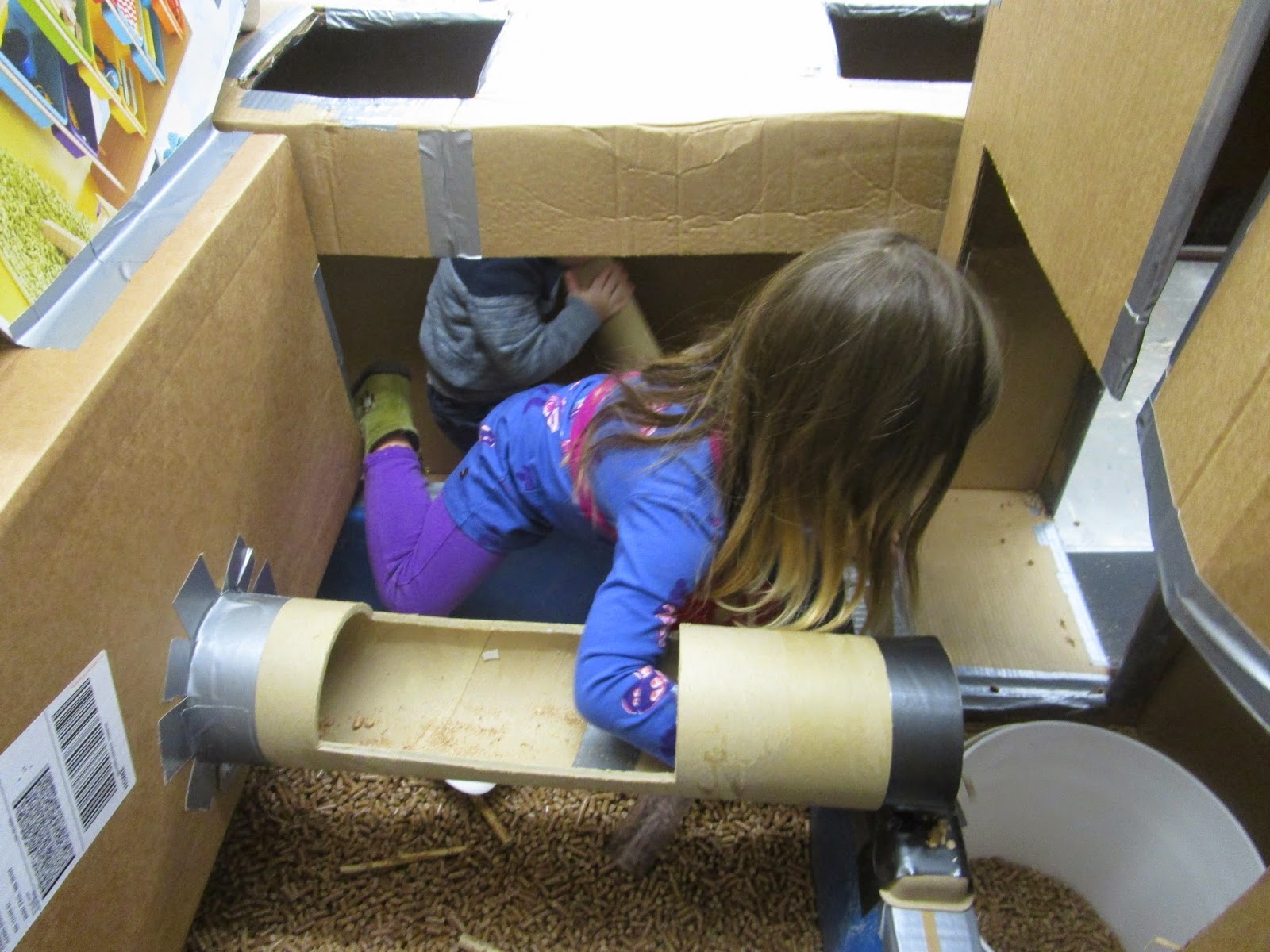 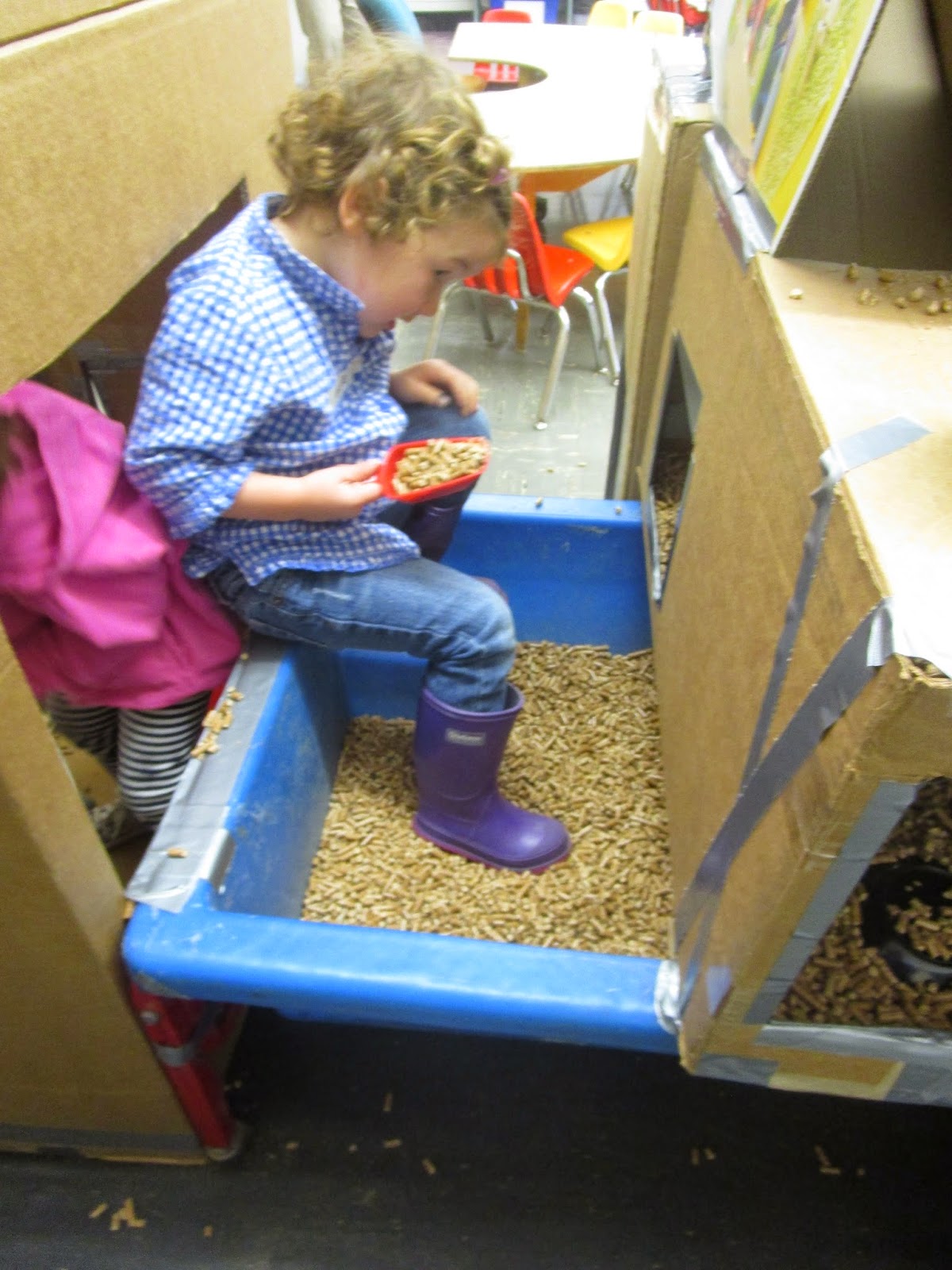 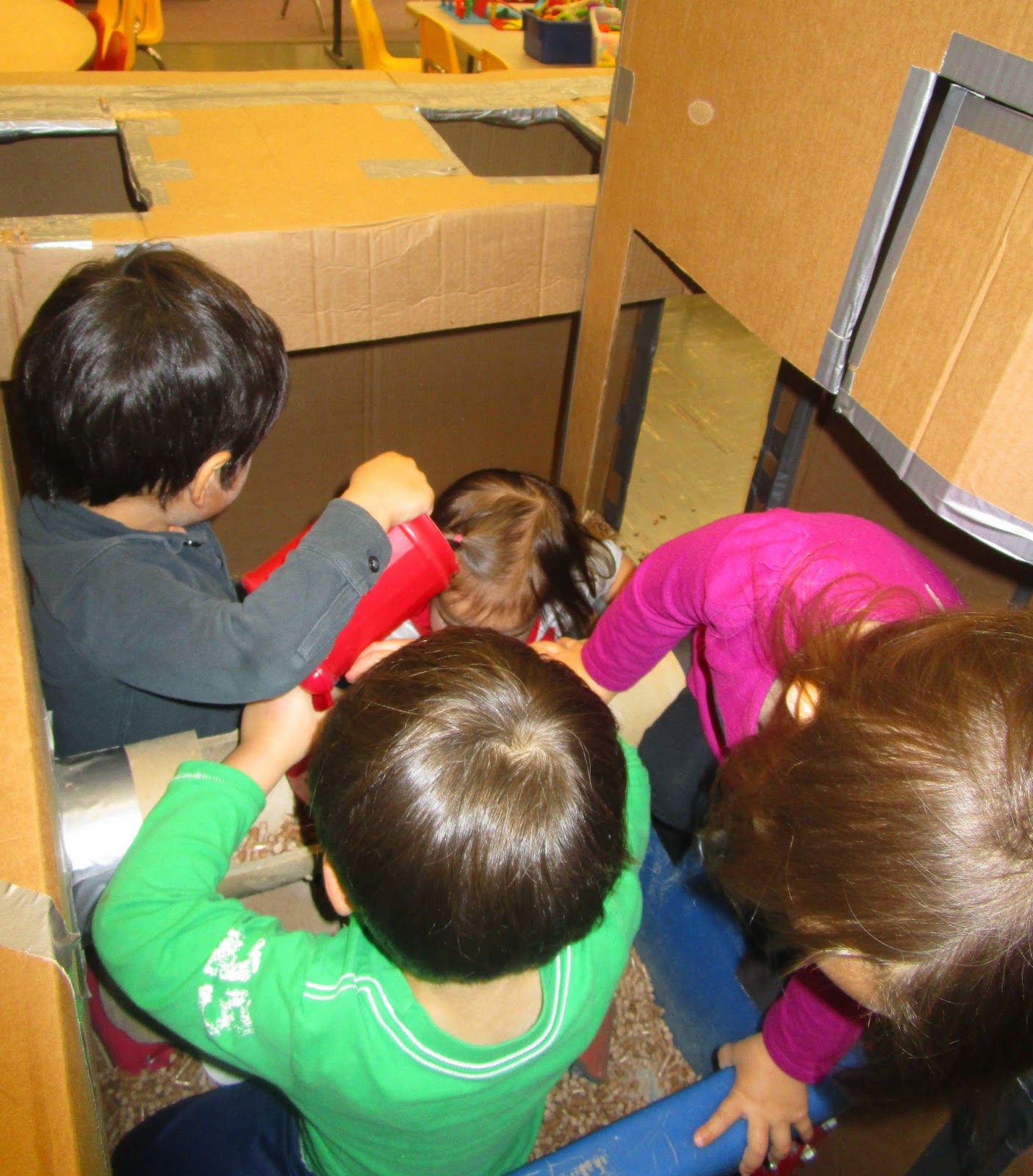 The second curious exploration to emerge from this setup has to do with the proximity of a window in the top of the box close to the window of the box that is embedded on an incline. Children took it upon themselves to gather pellets into containers from the table and then stand up through the hole in the top of the box to pour the container of pellets down the incline box. 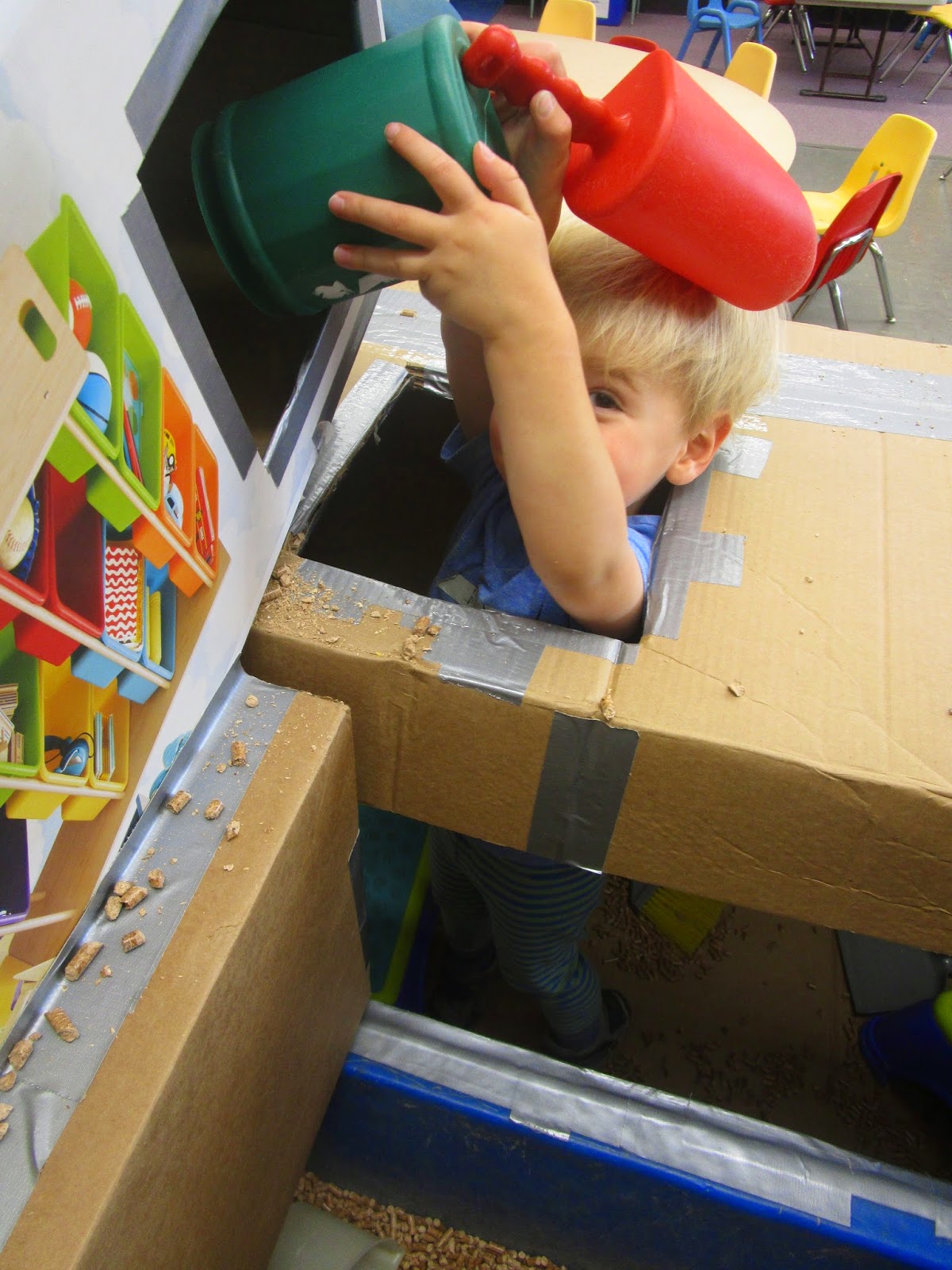 You must see how this works in real time.  Below is a video of a child with his head through the top of the box pouring pellets from containers into the window right next to his head.  You will see that his whole operation takes careful execution and balance in a very tight space.   There is a little bonus with this video because there is a child behind him on the outside of the box who is scooping pellets from her measuring cup and dumping them down the window right next to his head.  They reference each other and still carry out their own operations almost as if their operations are finely choreographed.

My take away is this: Extending and  modifying an apparatus at the sensory table necessarily prompts the children to extend and modify their play to fit the new conditions.  (Sounds like a life skill to me.)