The extraordinary in the ordinary

There are some things that happen in an early childhood classroom that are quite extraordinary but at the same quite ordinary.    Does the one preclude the other?

In the videos below, a child used loose parts from around the sensory table to build his own construction.  It was not an expansive structure, nor was it an aesthetic marvel.  It was ordinary in every sense of the word. In fact, he only used a few ordinary elements.  Not only were the structure and elements ordinary, but so were the operations he employed in building the structure. 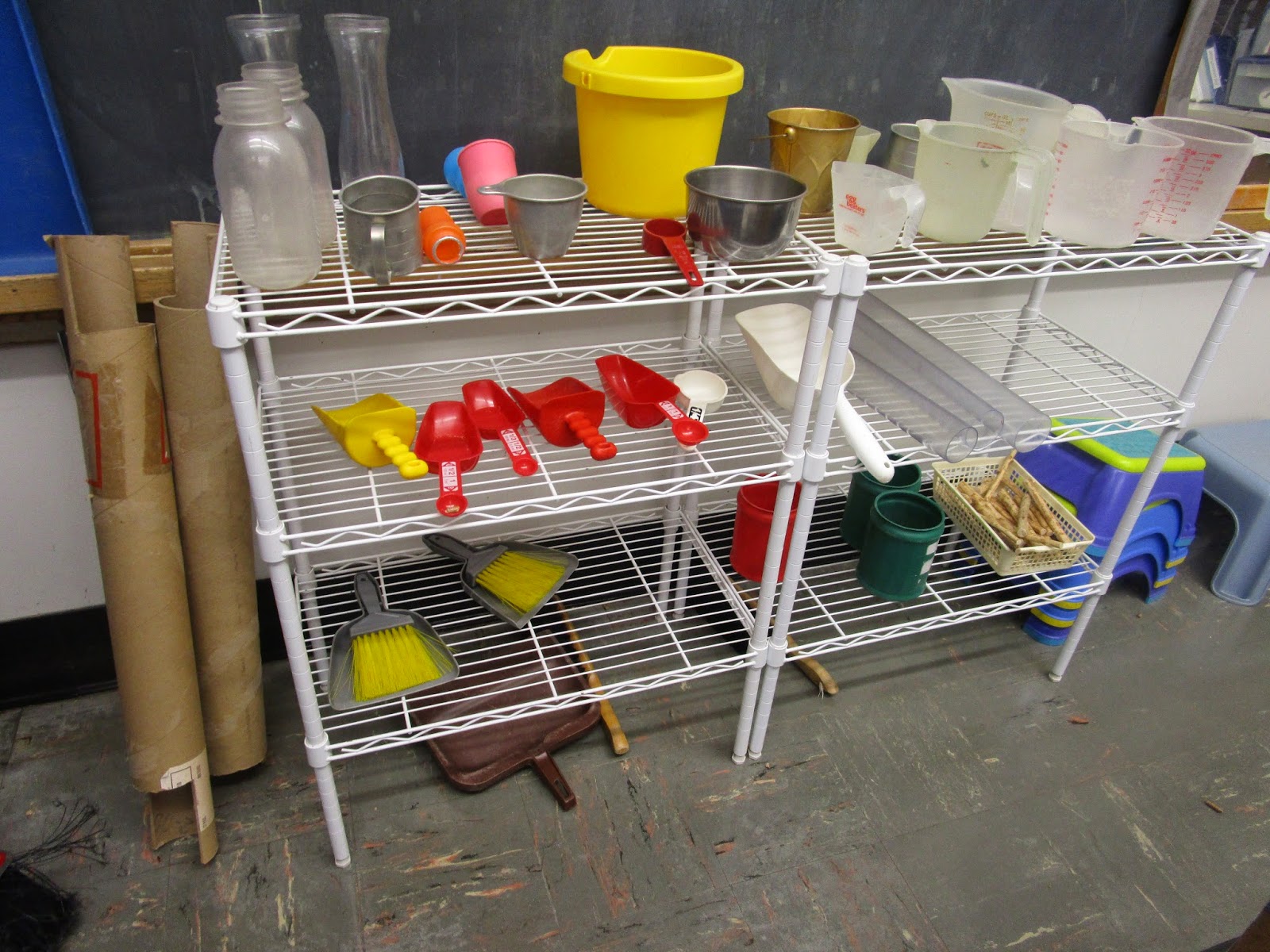 On this particular day, many of the implements had already been transported to the sensory table. However, one child found four things he could use to create a little building project on the floor next to the table. For more insight into this child's actions, I solicited the parent's reaction to the videos. Her reactions are in bold italics after each clip.

In the first video, the child took a clear plastic tube and dropped it inside a larger cardboard tube. With great facility, he put the tube combination into a measuring cup.  He seemed to have an ultimate plan: standing the tubes upright in the measuring cup.  His actions were extremely measured (no pun intended) because he seemed to realize the structure was not stable. With a leap of faith, he placed another measuring cup onto the structure and let go.  To his consternation, the structured toppled over.


engineering 1 from Thomas Bedard on Vimeo.


Mom's reaction: In the first video I noticed his uncertainty (which was really obvious when compared to video 2). I could tell the wheels were turning the whole time and I must say was impressed that he knew he had to hold the tubes at the bottom in order to keep the clear one in the cardboard one without trial and error.

Even though he did not succeed, he carried out his actions and intentions with great care and a budding aptitude for building/engineering.  He found out that balancing different objects in each other or on top of each other was not as easy as he had hoped.

After being unsuccessful and little frustrated at trying to get the tube to stand up in the measuring cup, he decided to insert the cardboard tube into an empty red coffee can.  Almost immediately, he uttered a positive and confident "Huh" that indicated he had realized his plan.  After dropping a couple of sticks inside the tube, he placed another measuring cup on top of the tube with a lot more confidence that the structure would not fall over.  He turned to the camera and gave another "Huh" and proudly declared: "It stays."


engineering 2 from Thomas Bedard on Vimeo.


Mom's reaction: In the second video, I noticed how much more sure of himself and his method he was. He said "Huh" right away in the beginning because he anticipated success with the smaller coffee can. He had no apprehension on his face the whole video and used "huh" again at the end (when he was actually successfully) as a kind of completion and "I've bested you" to the now standing tube. His smile at the end was priceless and showed how pleased he was with himself and his accomplishment.

Like all good builders/engineers, the time came to test his structure.  He exuded a high degree of confidence with his body language as he tested putting a couple of other loose elements on top of his structure.  It was not hard to see that he was smiling with his whole body.


engineering 3 from Thomas Bedard on Vimeo.

Mom's reaction: In the third video, I thought it was so cute how he could barely contain his excitement and couldn't sit still (It almost looked like he had to go to the bathroom!). He was willing to tempt fate by placing another container on top but wasn't too sure it wouldn't wreck his masterpiece so he ended up taking it off. He seemed a lot more relaxed after he took it off to know the tube would remain standing.

The videos really show his mechanical aptitude, which runs in the family. My husband is a 3rd generation elevator mechanic.

The parent watched the videos with her son.  This was what she said about his reaction to the videos:


He had a big smile on his face the whole time we were watching the videos and was so proud that a video of just him was commanding all of our attention. At one point he asked me, "Why did I go "ha, ha"?", I said I didn't know and asked him why he did it and he said "Because I liked it" which I interpreted as him being proud of himself.

The following week, the child was back in the sensory table area for more building.  He kept experimenting making several new balancing structures with the various ordinary loose parts.. 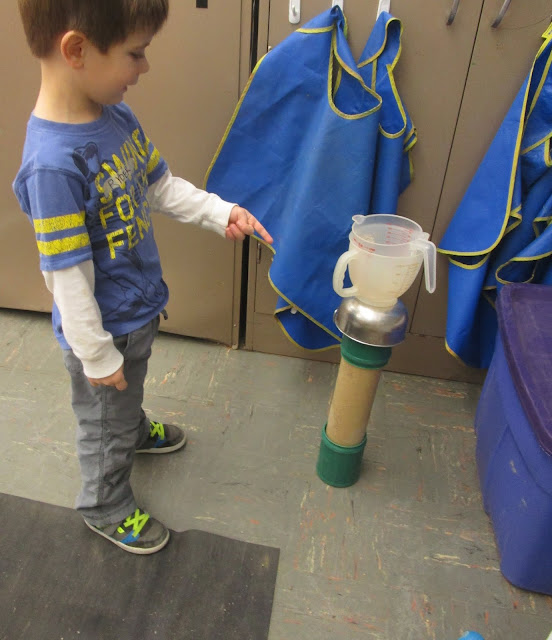 The videos and the photo showed a child who, given the time, space and materials, used his agency to understand a little piece of his world.  And he did it while working with the most mundane elements: a plastic tube, a cardboard tube, two measuring cups, an empty coffee can, and a metal pail.  That was the extraordinary in the ordinary.
Posted by Tom Bedard at 8/29/2019