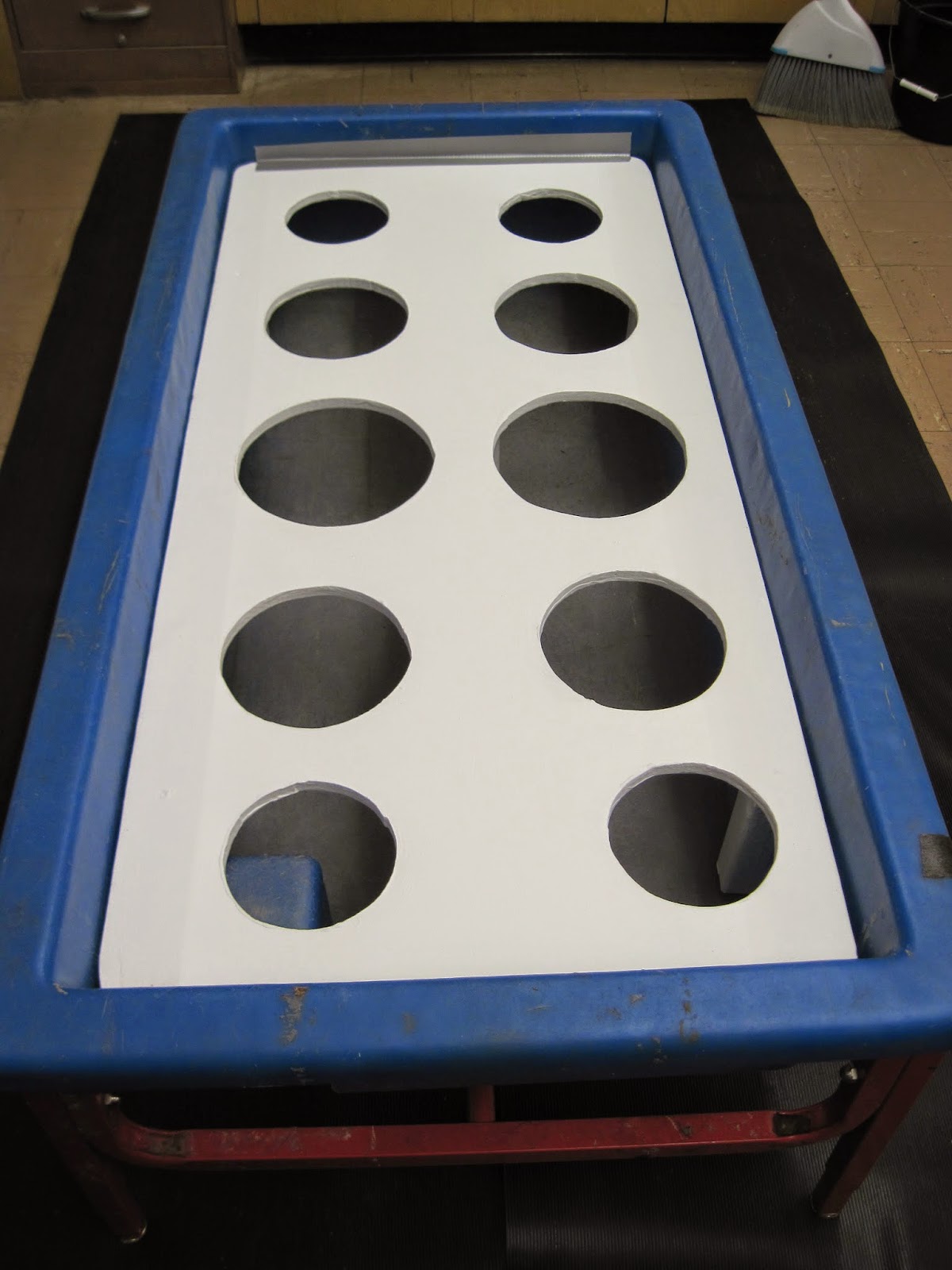 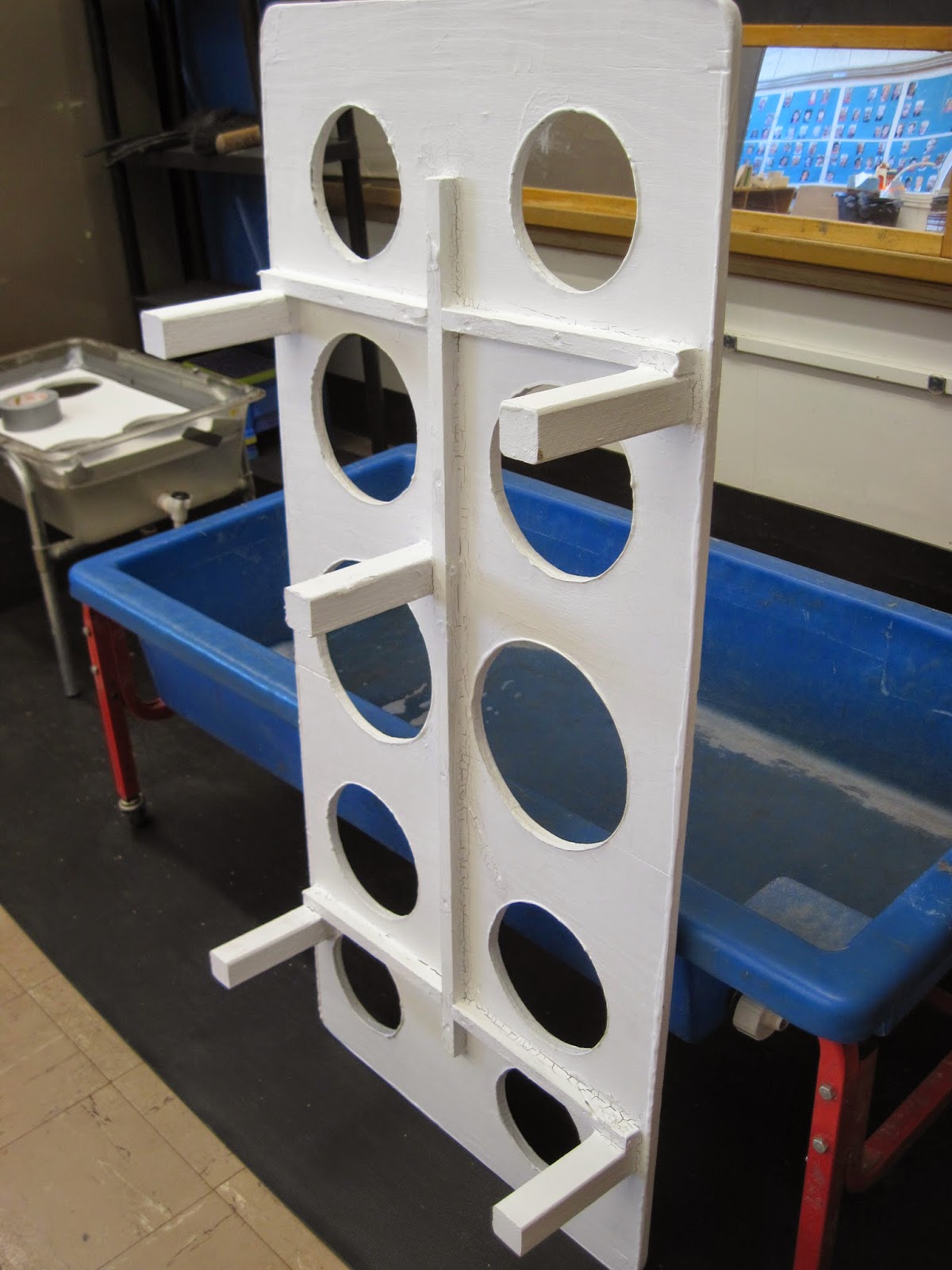 As you can see, holes are cut of various sizes.  It is through these holes the children access what is at the bottom of the table. 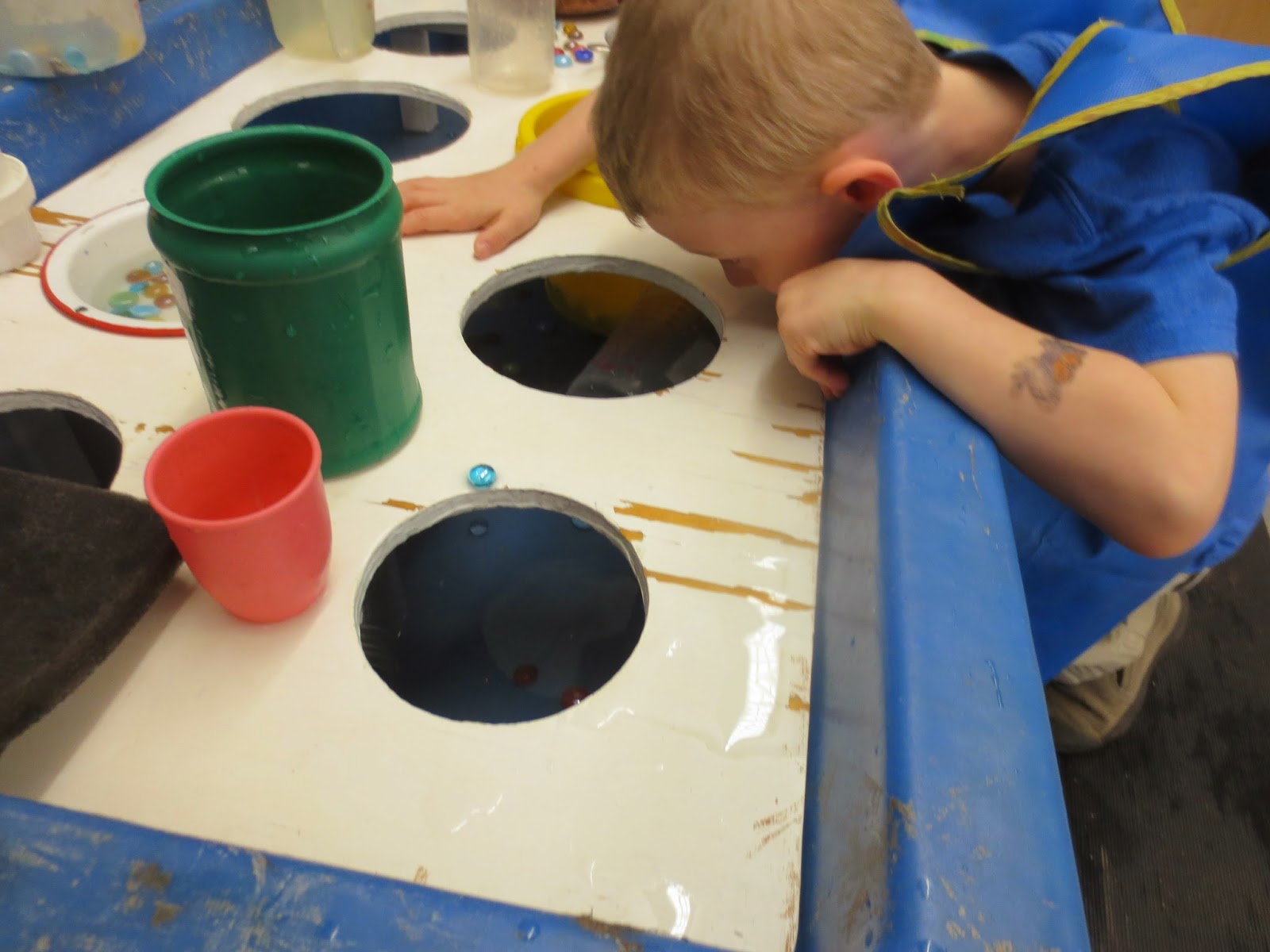 Getting at the material through the apparatus adds a level of complexity both in terms of physical and mental operations for the children.

Those operations subsequently change depending on the medium in the table.  I have written about some of the unique operations at this apparatus with pellets,  Jurassic Sand and water beads.  This past school year, I used the Table Covering with Holes with water and gems.  (They are called mosaic glass gems in craft stores.)

The first thing that impressed me was the degree of industriousness the children exhibited in collecting the gems.  Was it the sparkling gems in the water?  Was it the fine motor challenge of reaching through the holes to get the gems?  Whatever it was, there was certainly a lot of intense focus. 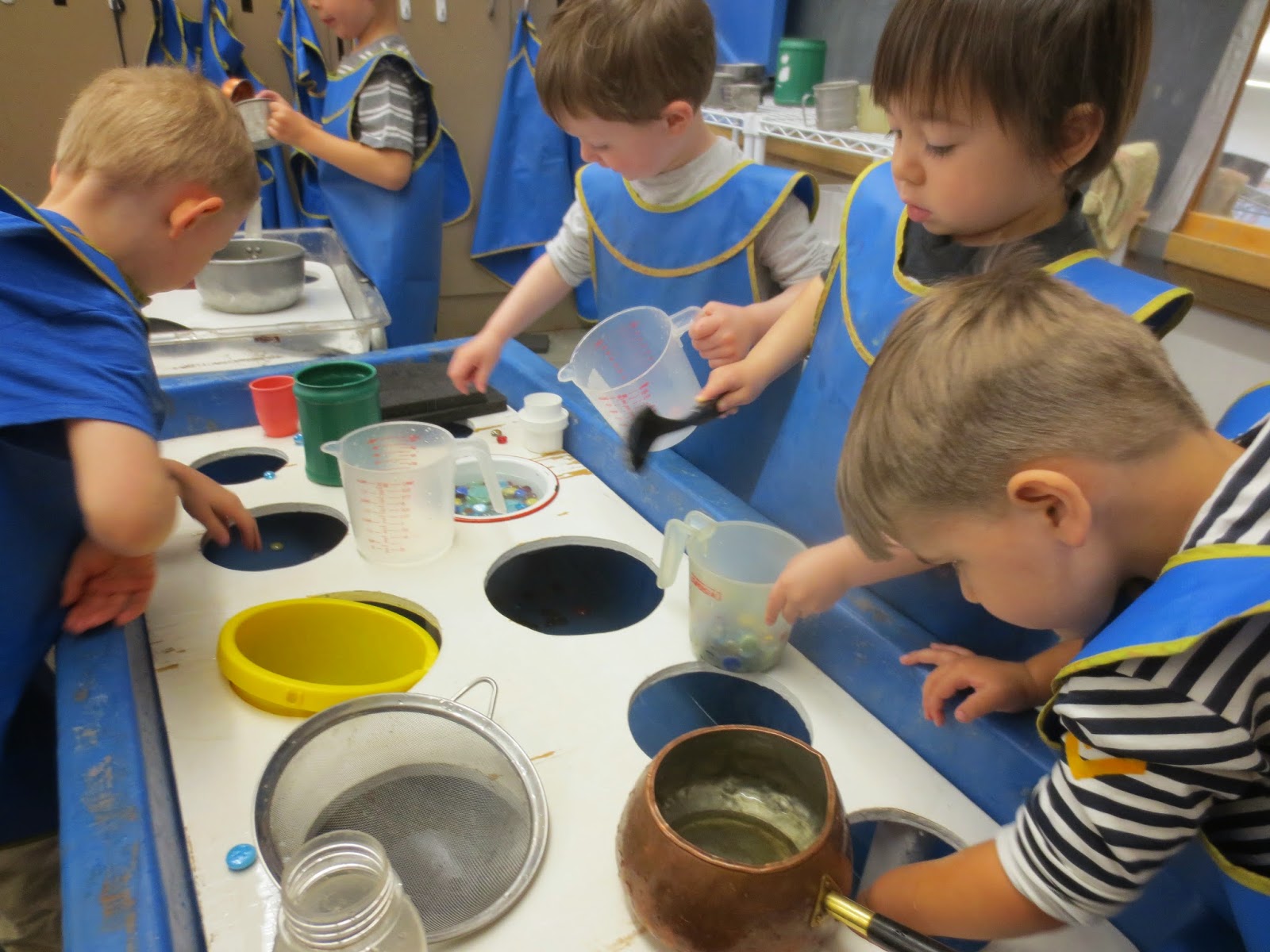 Some children had no preference.  Their main objective was to collect as many gems as they possibly could.

Others were particular about which ones they wanted.  Some wanted the big gems and some wanted gems of a certain color. 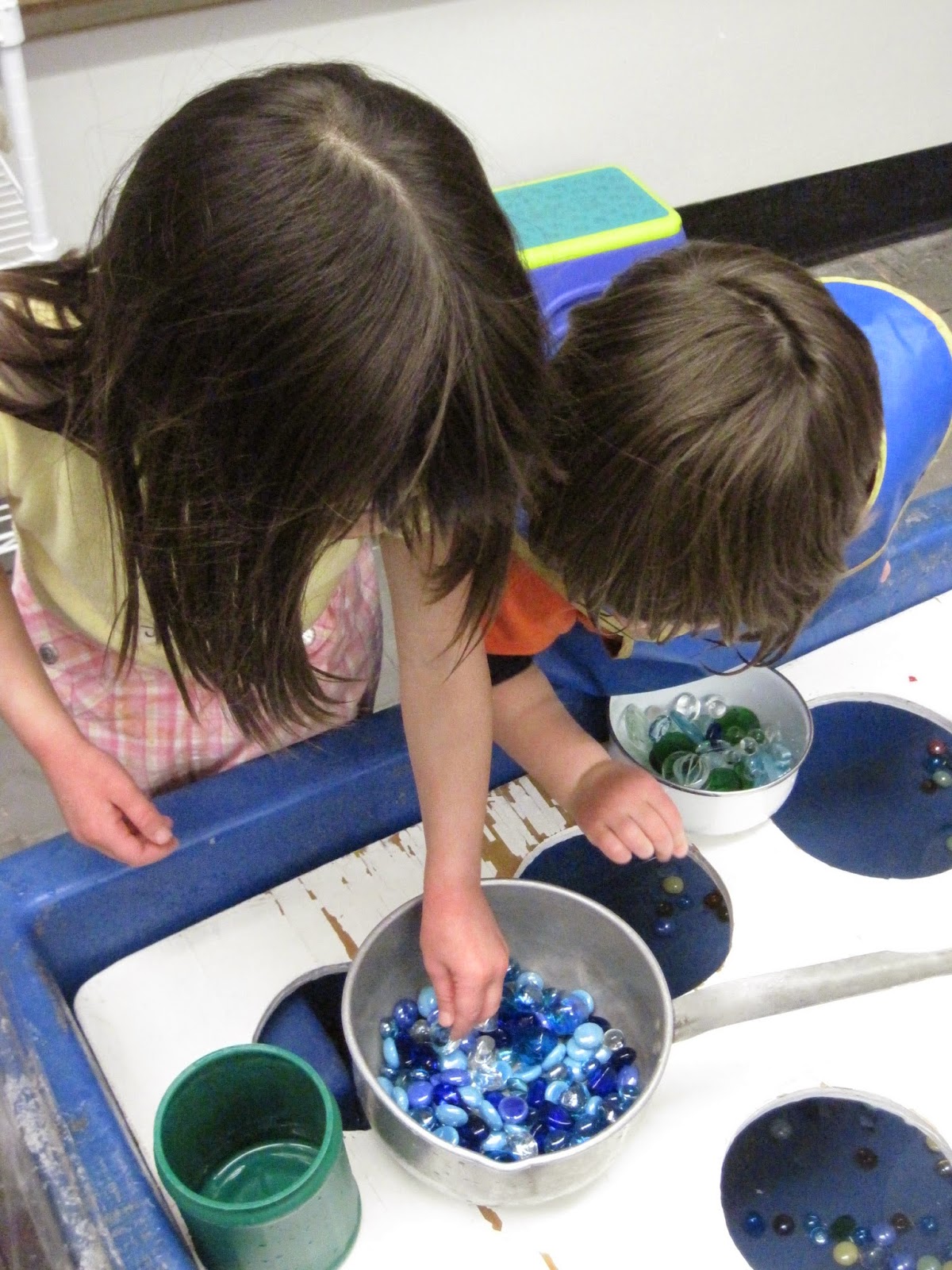 Sometimes the collecting looked more like cooking.  The child in the video below uses a cup in each hand to first strain the water from the bigger cup and then to scoop the gems out of the bigger cup.  Watch.

Another child combines sorting by color and washing the gems with a strainer.   For me, it looked like when I clean beans before I cook them.

Gems and a strainer from Thomas Bedard on Vimeo.

Where do the children learn these operations?  Do they naturally arise with the given medium and implements or are they recreating operations they see at home?

Two loose parts fostered a couple of new operations I had not seen with this apparatus before. Black packing sponges were the first of these loose parts.  Several of the children used them to "display" their collections. 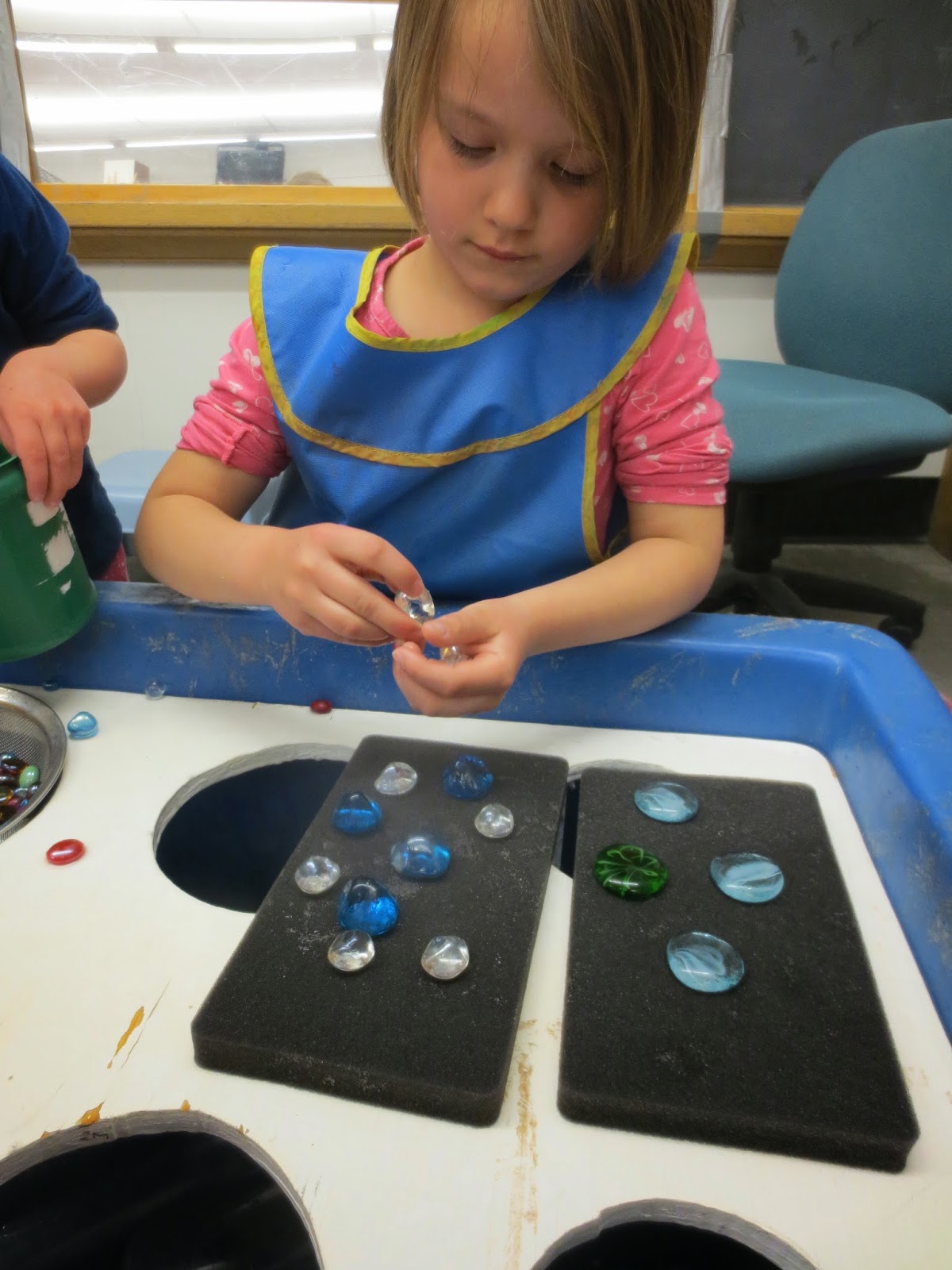 Has she been to a jewelry shop or does she intuit that some of the gems look nice on the black sponges?

The second one was a clear plastic tube.  A child filled up the tube with the gems and then proceeded to pour water down the tube.  The water flowed in-between the gems creating something like a cylindrical water fountain. 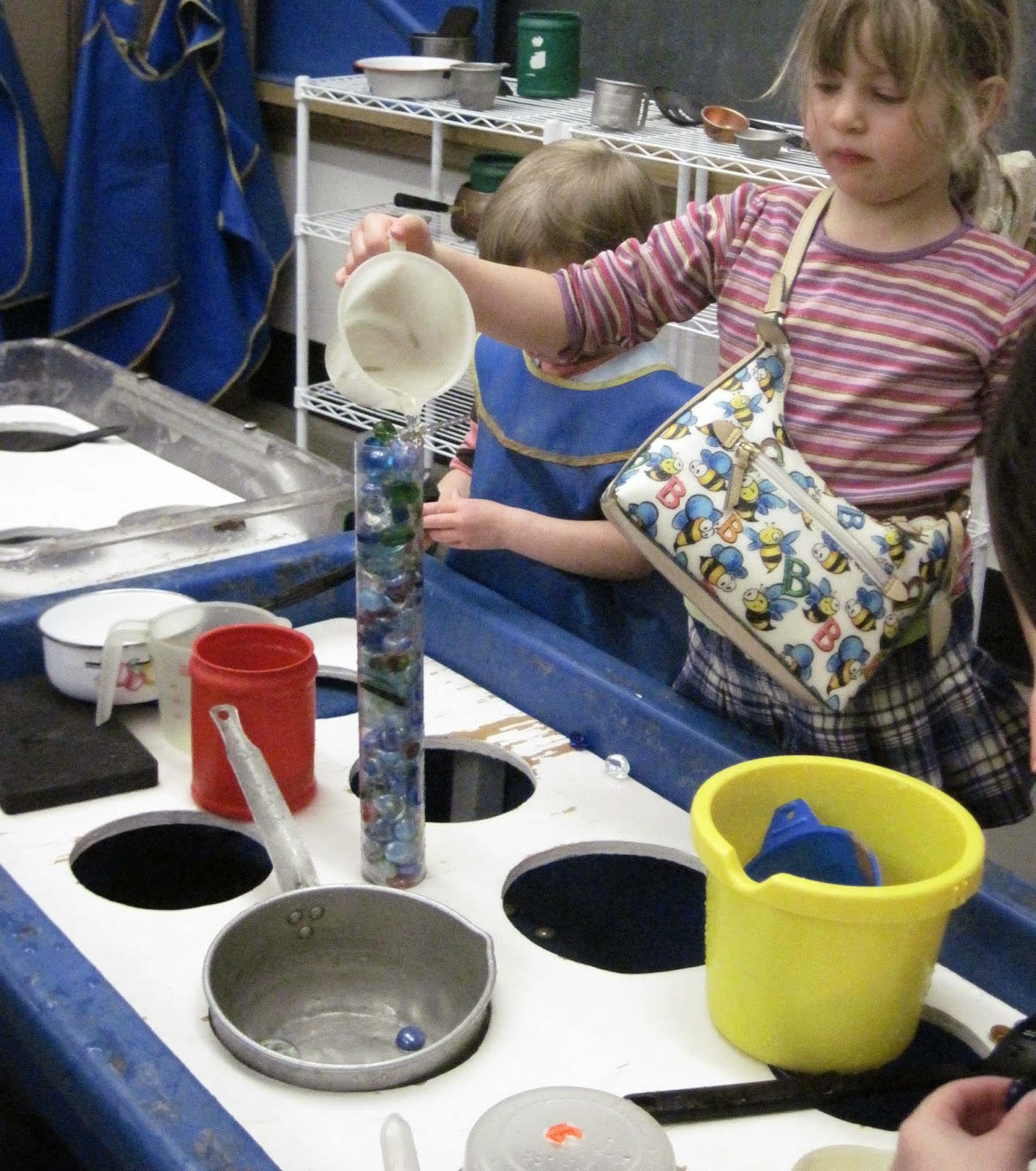 How cool is that?

We can deduce at least two factors that determine the operations that emerge with this apparatus. One is the medium (pellets, sand, water beads, gems) and the other is the provision of loose parts and implements.

There is one other factor that determines what operations emerge: what the children themselves bring to the venture.  That is the biggest unknown but the source of the greatest creativity.