IN THE HOTEL IN EDINBURGH

I did not think that I would do any original building posts on my trip to the UK and the Netherlands. I did a building workshop up in Aberdeenshire and watched the participants build things using the materials provided and their imagination.  No two were alike. 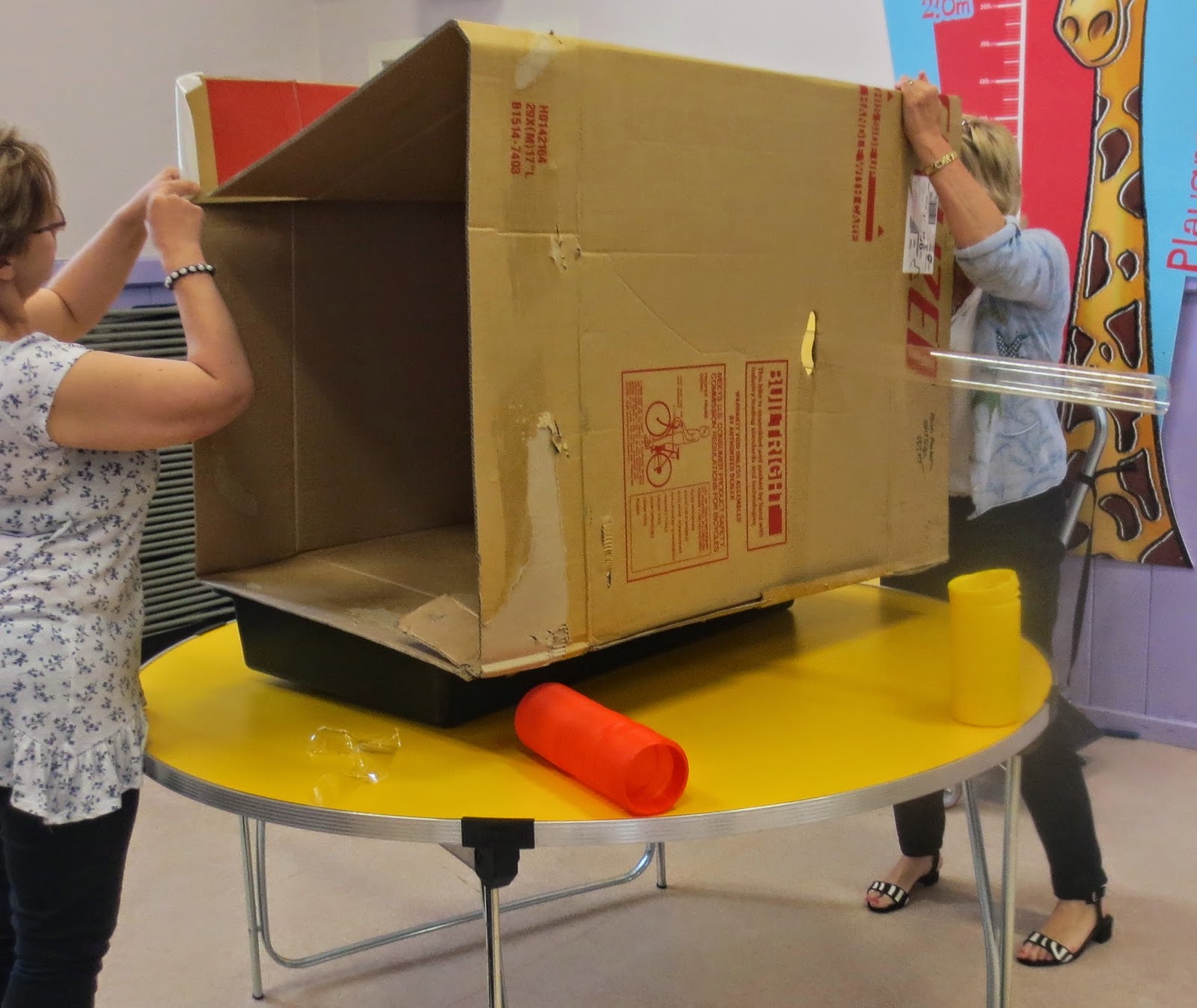 I began with two butter boxes side-by-side.  If I wanted to be real simple I could just tape the two together and I would have two spaces for children to pour into and take out of. 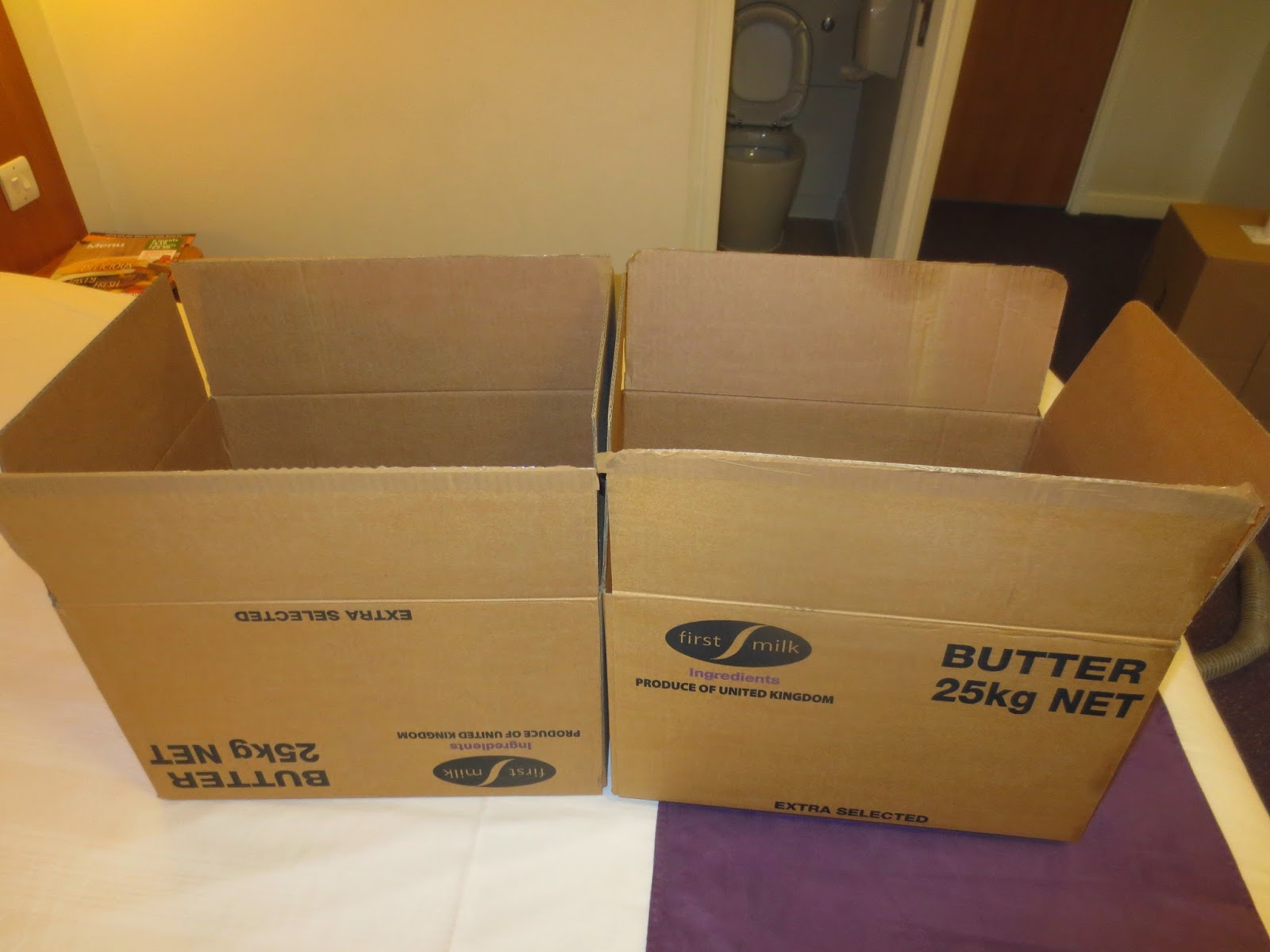 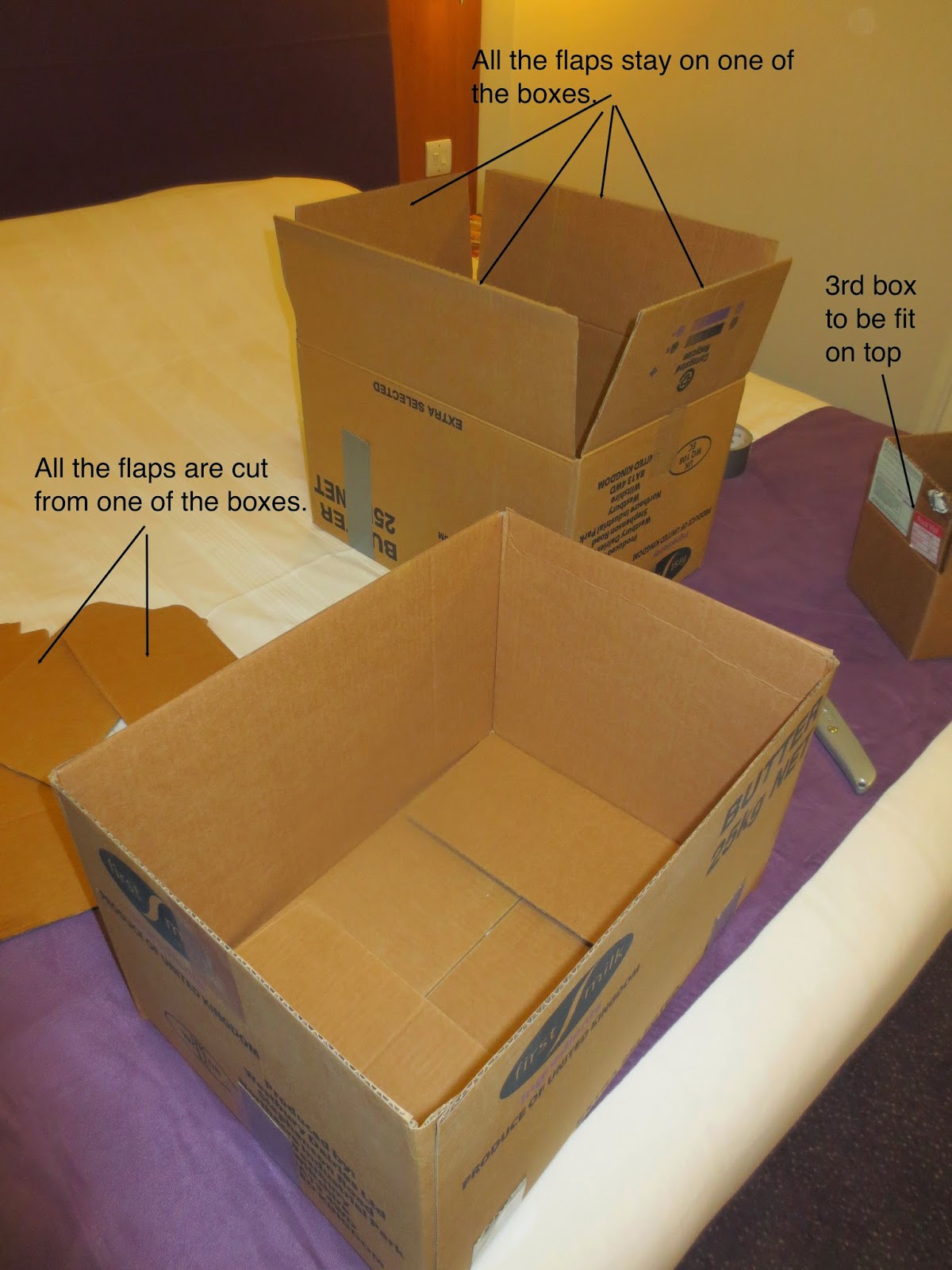 The next step was to cut slits on two sides and the bottom of the box that still had the flaps and then insert that box into the other. 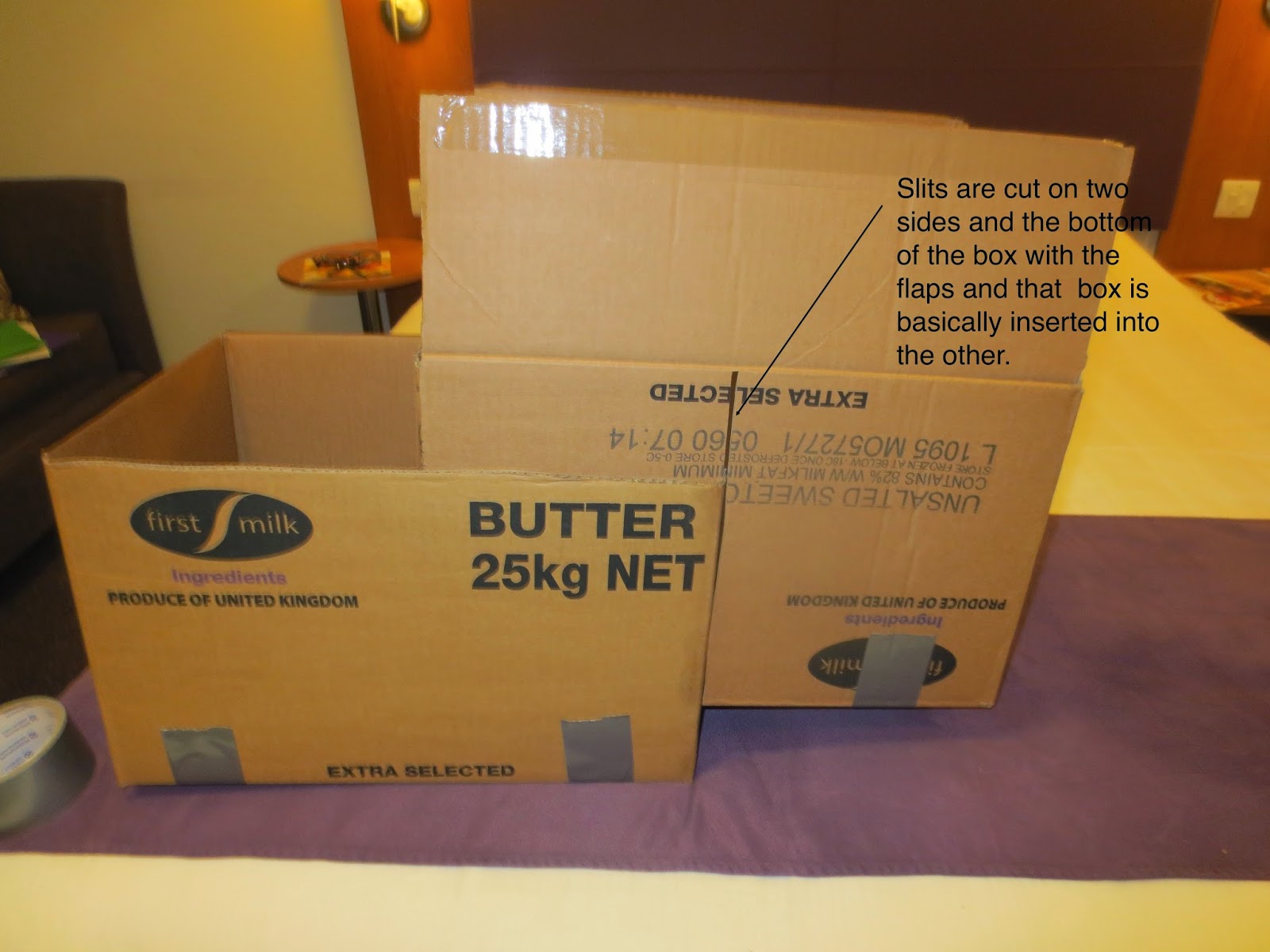 The two boxes are taped together and the flaps folded over to make a platform for the third box to go on top.  It is a smaller box with a hole cut out of the bottom to attach it to the structure. 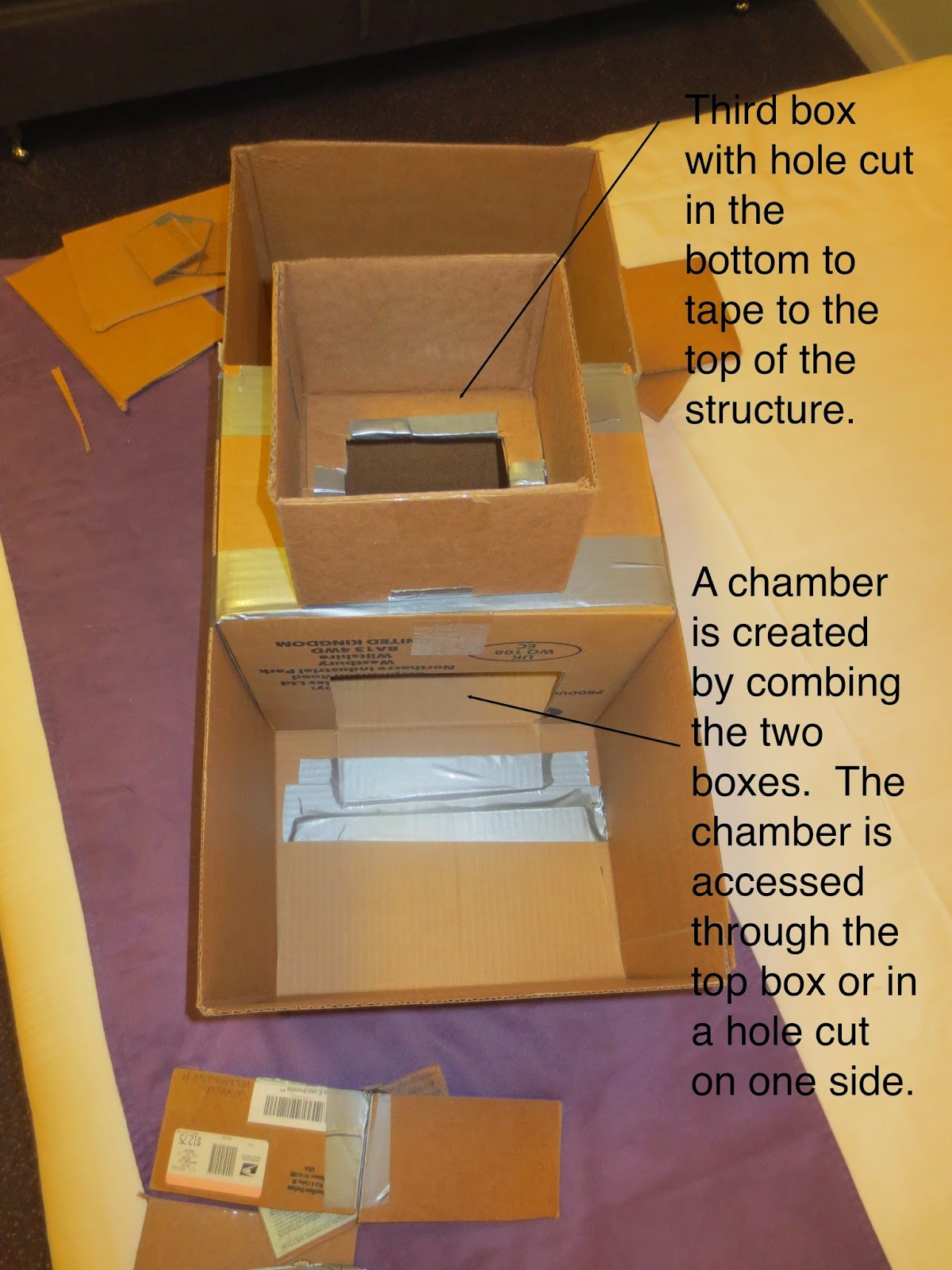 It is a simple structure, but an interesting structure that has an element I have never used in my building before. By combining the two boxes in the way outlined above, a chamber is created under the little box on top.  When children pour sand into the top, it drops down into the chamber. On one side there is an outlet, but the other side of the chamber is closed.  That way, when children begin to fill the side with no outlet, they start to experience volume at an elemental level.

Here is a picture of the finished apparatus.  Mind you, it is not fully duct taped, nor has it been tested   by my expert R&D crew back in the USA.  It will be on the testing block come Fall when classes start up again. 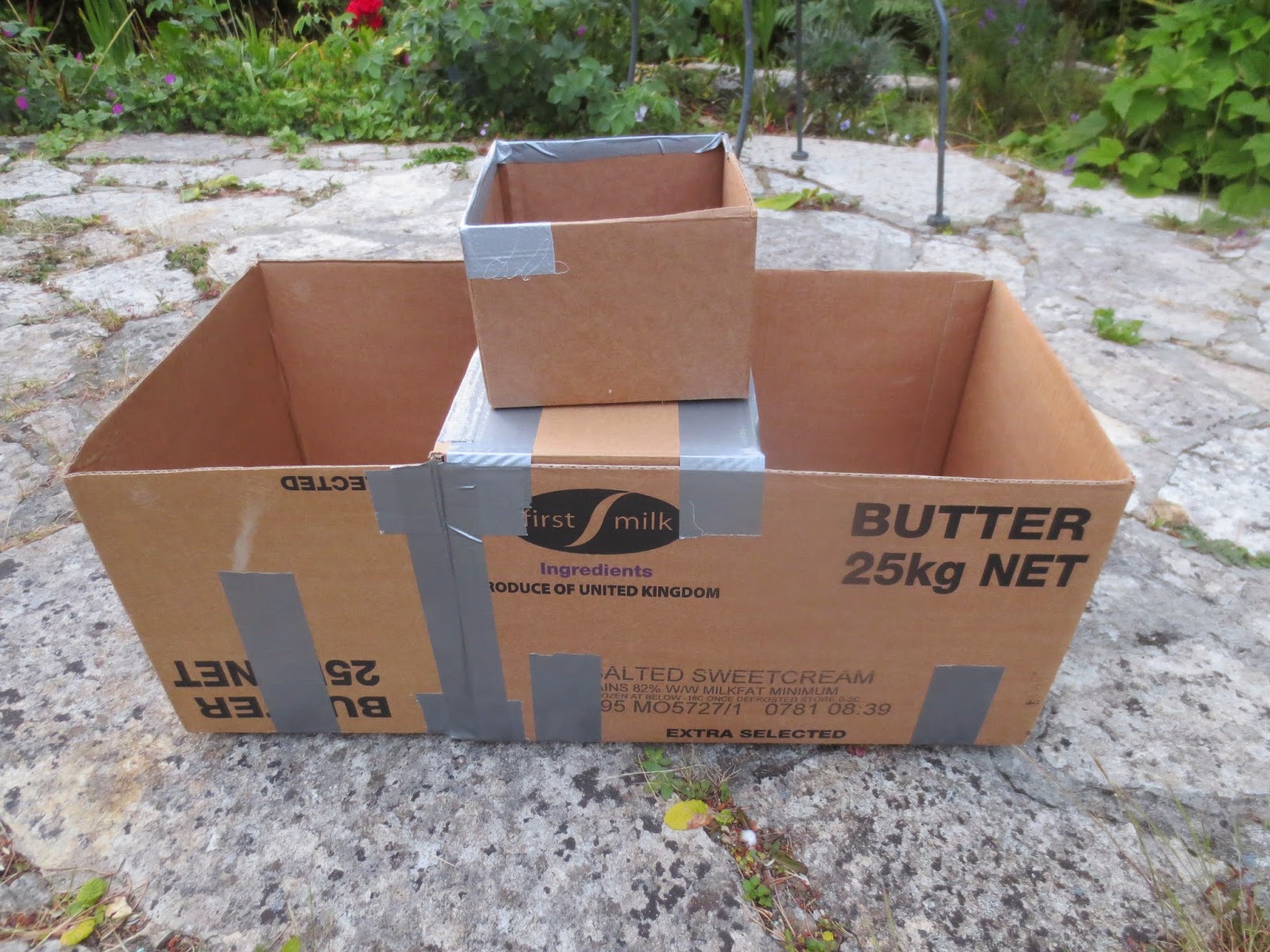 P. S.  I would have loved to get out the hotel in Edinburgh to see the sites, but on the way in I popped a tire on a sharp curb.  I was not going to go driving around the city after that.  Building in the hotel room was good therapy for me.

P.P.S.  If you want to see how someone is using the ideas in this blog in a really unique way, check out Juliet Robertson's latest post at Creative Star Learning called: The "Sensori" Water Station.  I am blow away by her ideas.  They are much better than the piddly little box structure in this post.