BLOCKS IN THE SENSORY TABLE

Back in September 2012, several girls brought a whole bunch of blocks to the sensory table. They asked me if they could and I said: "Why not?"  Part of the reason I said that was because I wanted to see what kind of building they would do with the blocks in the sensory table.  As it turned out, there was not much building and a whole lot of piling. 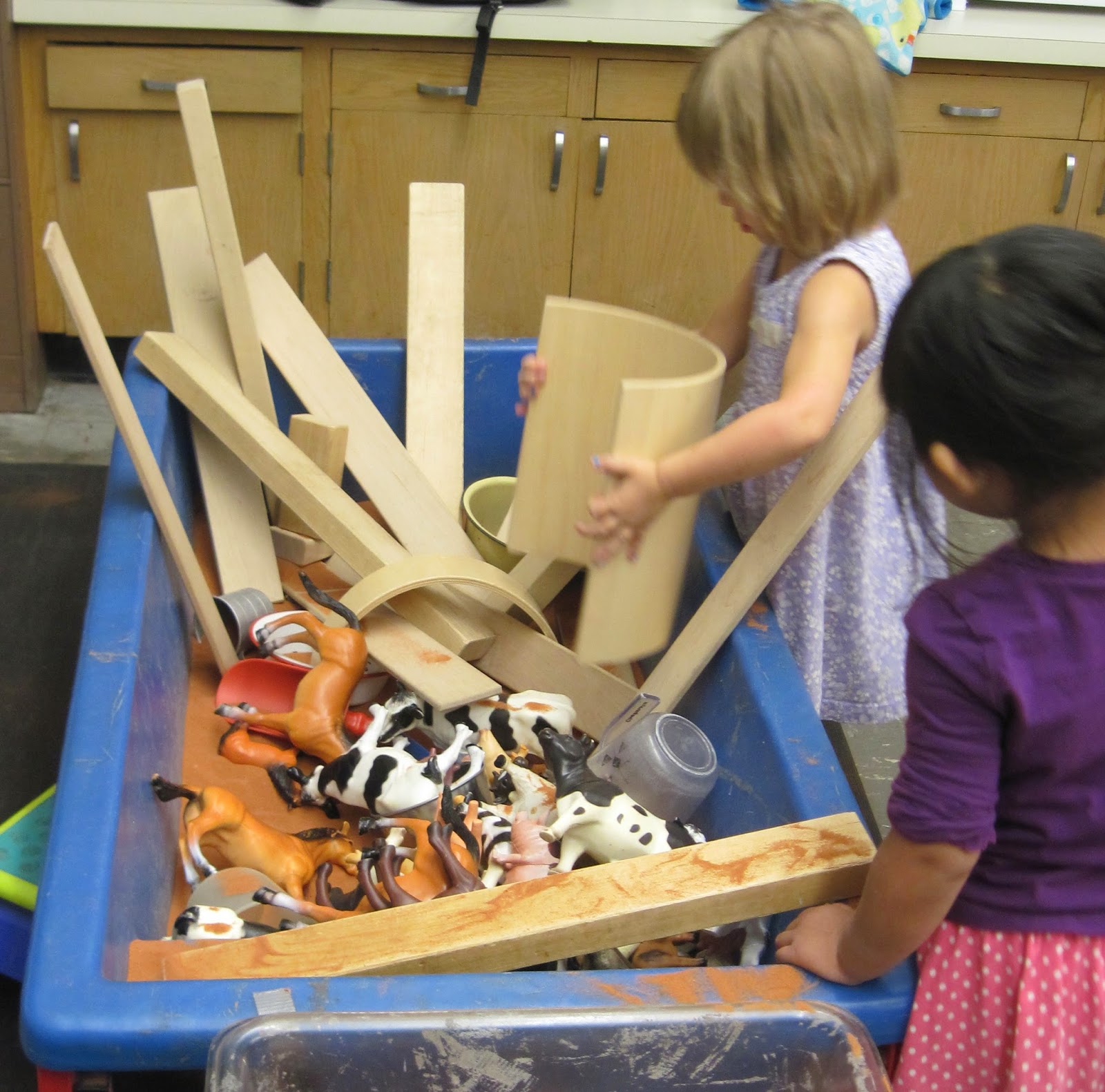 In November of that year, I went to a session at the annual NAEYC national conference on block building done by staff at the Bing Institute of Stanford University in California.  It was a very good session that got me thinking about blocks and block building.  Remembering the September block episode at my sand table, one of my thoughts was that I should try to set up blocks at the sensory table as a provision.  It took me more than a year to do it, but I finally did it. 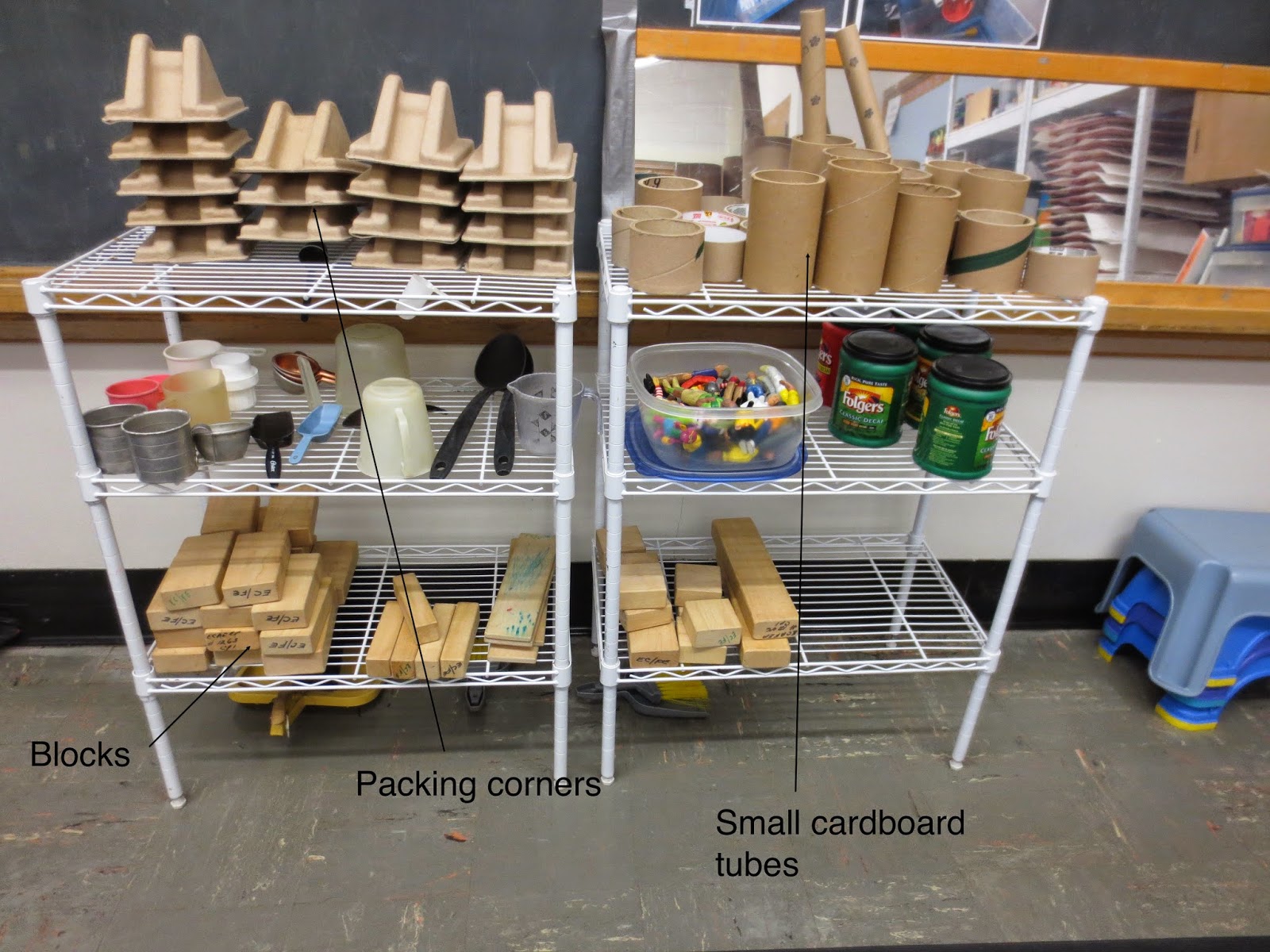 As you can see, the first set up did not include a lot of blocks.  In addition, there are other loose parts like the packing corners and cut up cardboard tubes.

I must admit that there was not a lot of building with the blocks.  When the children used the blocks, it looked a lot like the September 2012 episode: pile everything into the table. 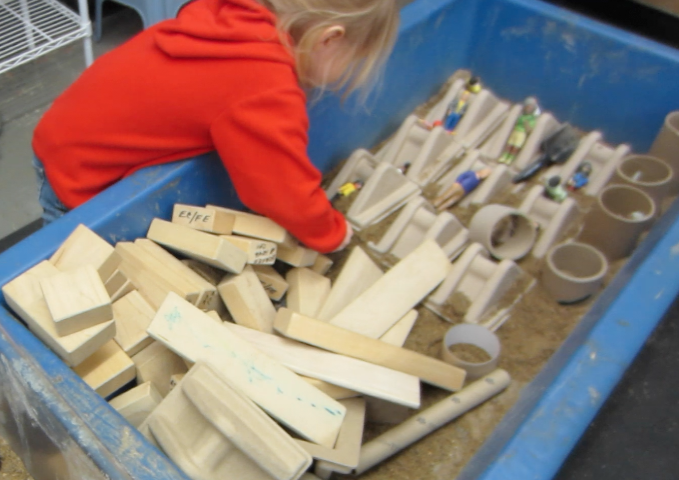 Although when it was time to put things away on the shelf, some building or stacking did materialize. 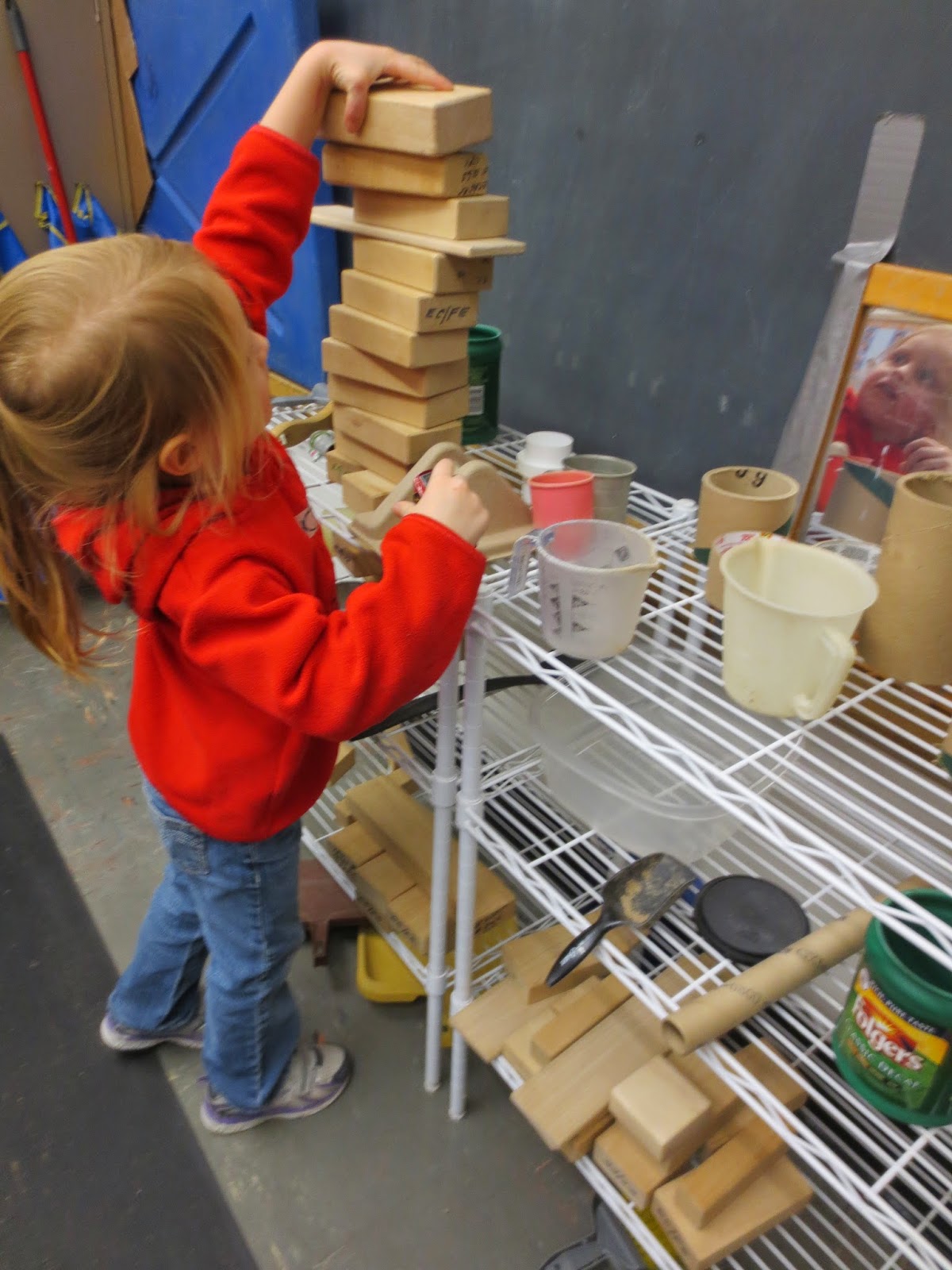 The biggest surprise with this setup was how much the children used the cardboard rings.  They were used for making impressions in the sand. 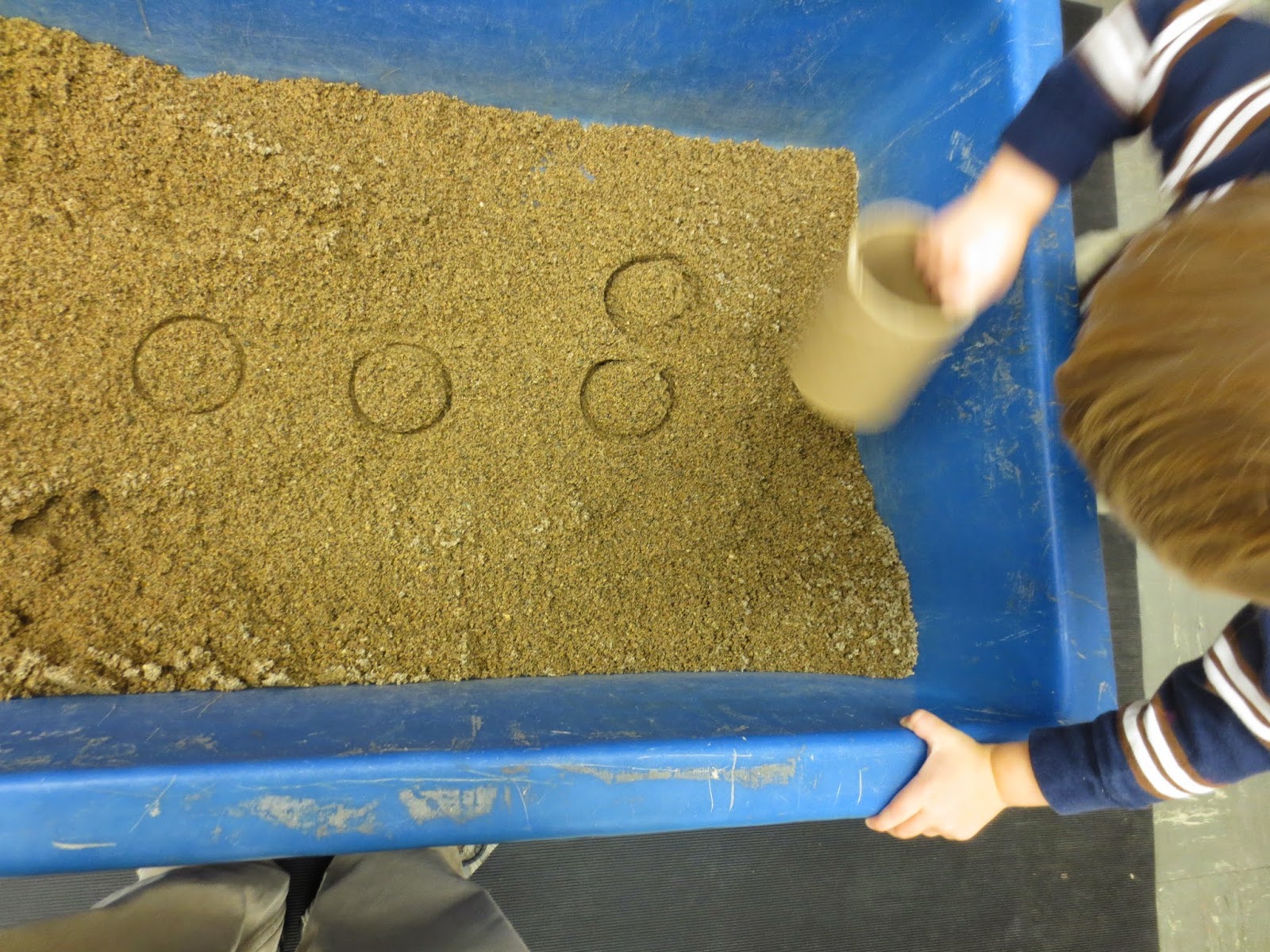 They were used for filling 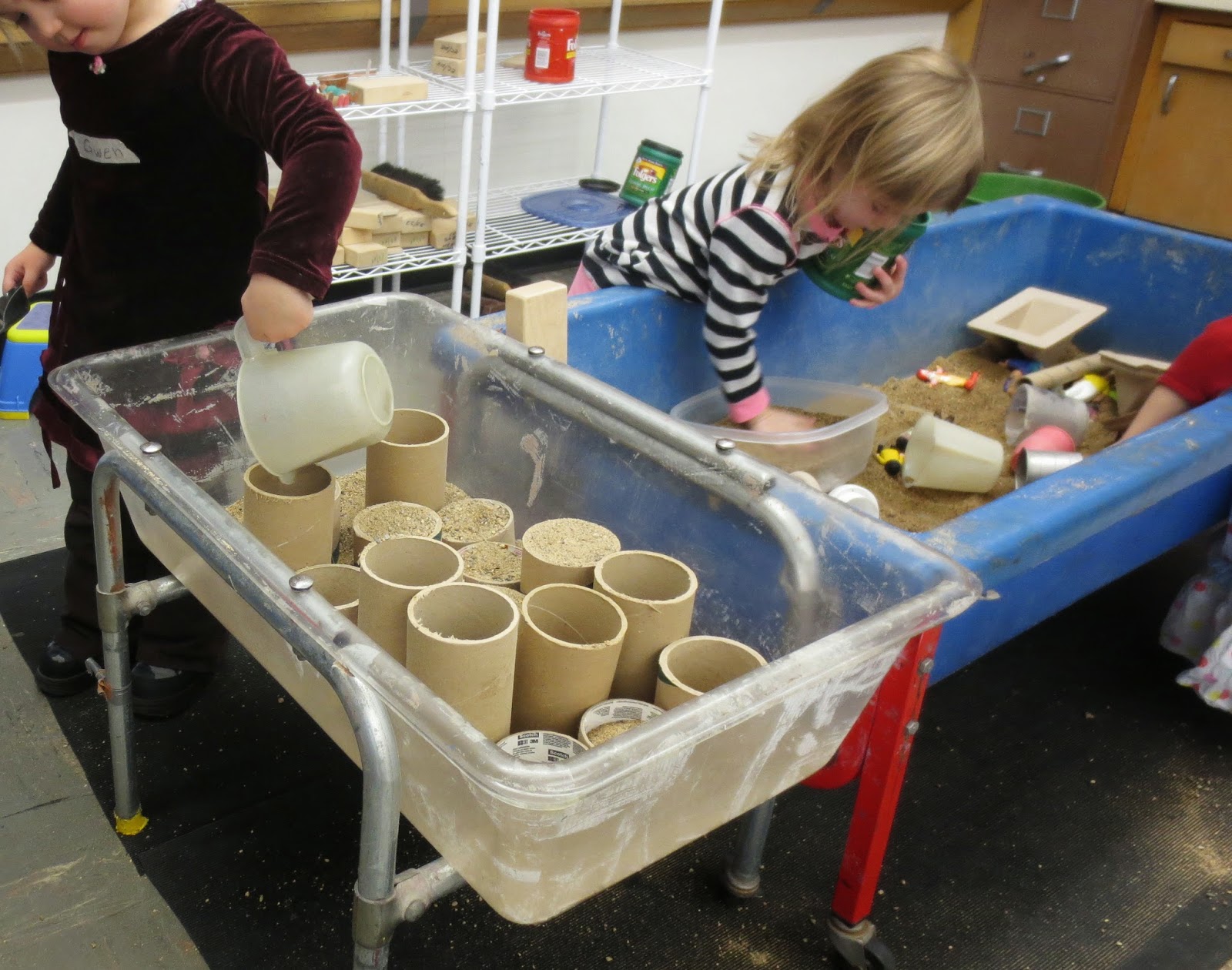 They were used to accessorize. 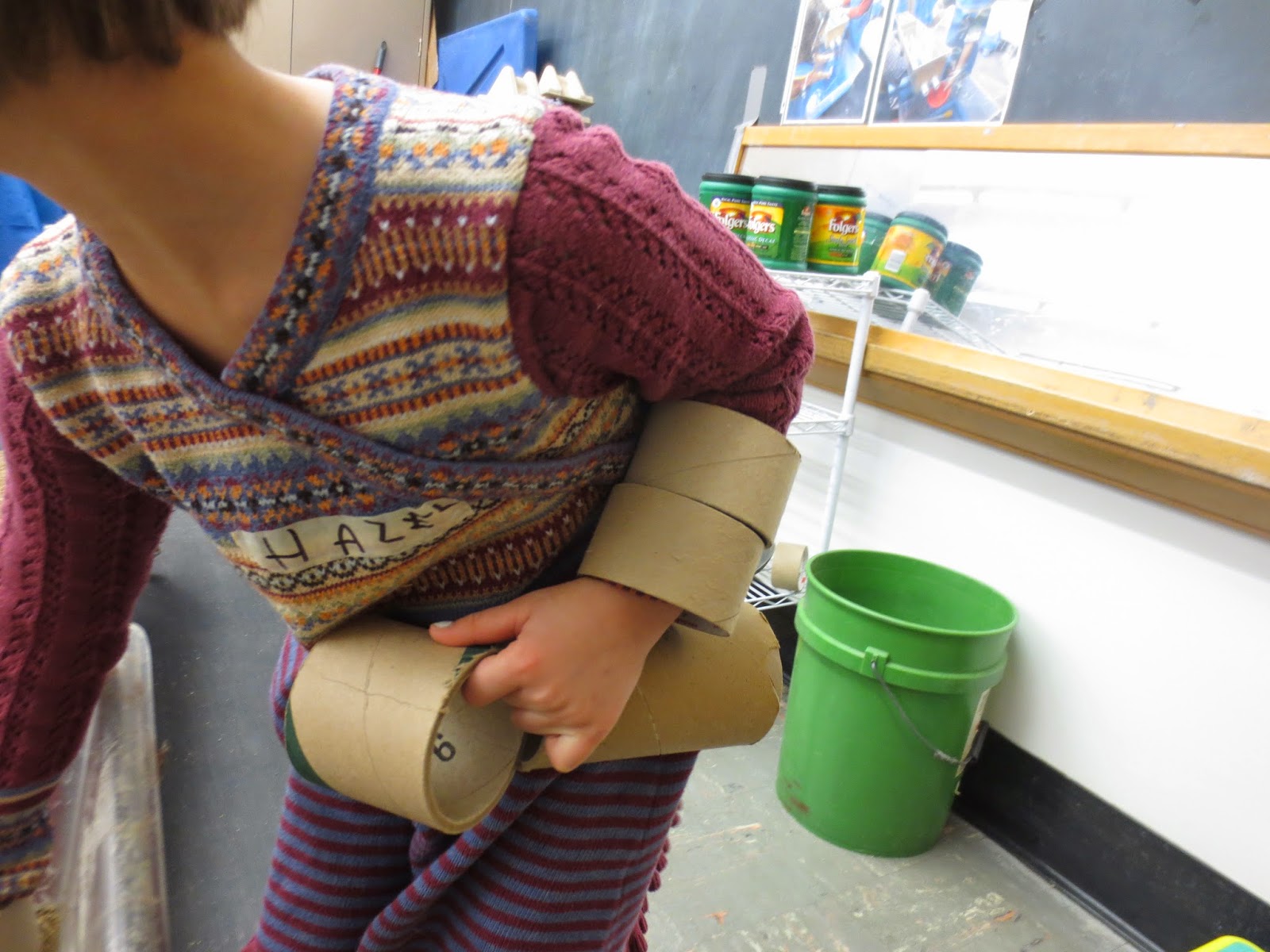 They were used for building. 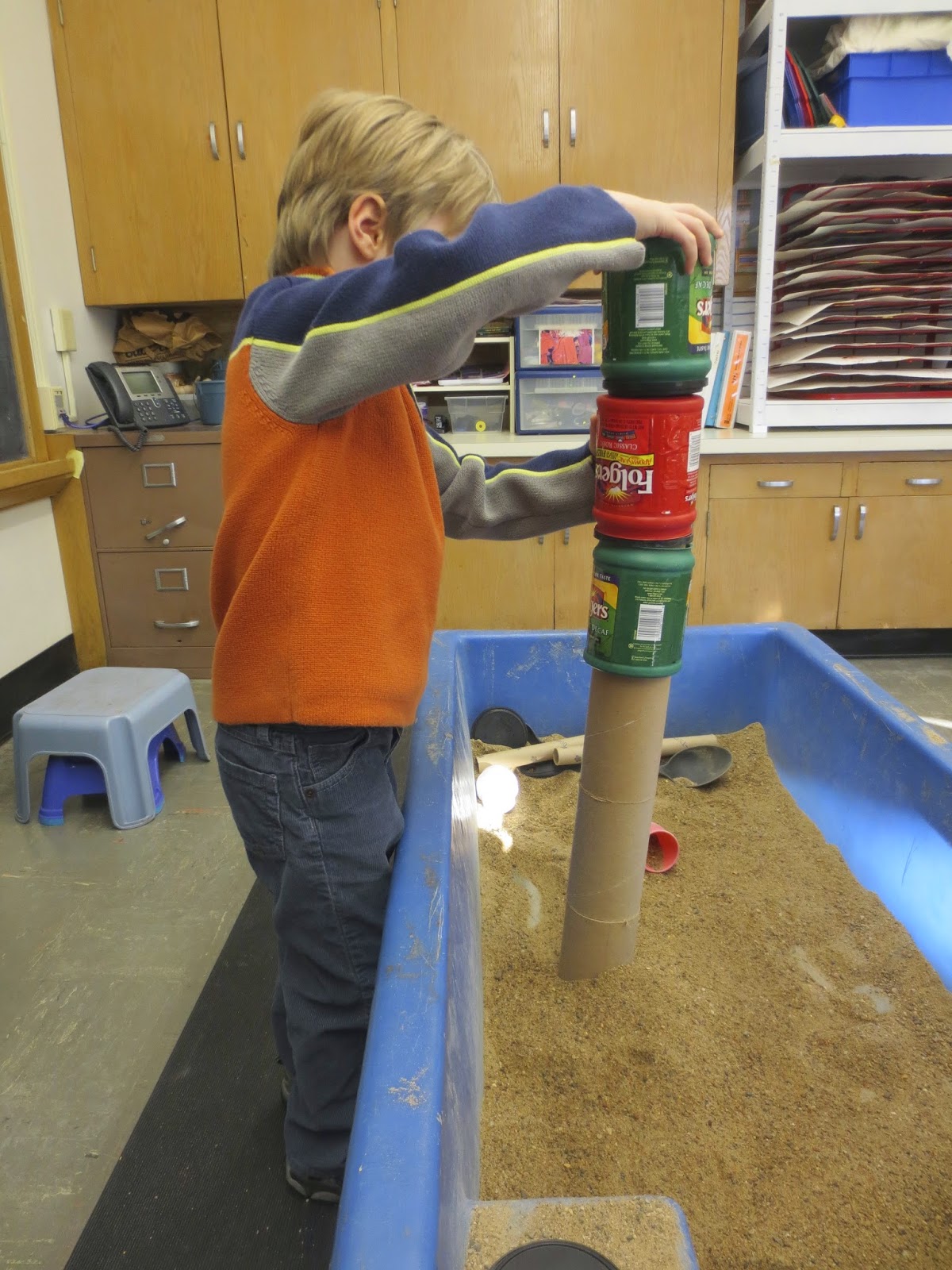 And in one boy's hand, it became a tool for scooping sand.
Creating a tool to scoop the sand from Thomas Bedard on Vimeo.

How does a child know he can use the tube as a shovel?  I asked him and his answer was quite straight forward.  "Well, I actually did it."  That is what he said.  For the child, the mind and body are one so if you want to know what a child is thinking, just observe his actions.

Besides the fact that the one child has just created a tool, there are a couple interesting things of note in this video.  First, the child using the cardboard ring as a shovel is able to scoop a significant amount of sand without loosing too much sand out of either end of the tube.  Second, there is nonverbal negotiation of space in the table by the two children.  The child in the foreground needs more room so he can scoop sand so he pushes things in the table out of his way into the other child's container.  Without missing a beat, the child who created the tube shovel, moves his container to accommodate the other child's need for more space.