I must be in a tube phase.  My last two posts included tubes. (Here and here.) This post is also about tubes in the sensory table.  This time, though, the tubes are combined with a new medium: snow.

For those of you who do not know, it snows in Minnesota in the winter.  Once or twice during the season, I will bring snow inside into the sensory table for the children to experience sans coats and mittens.  For playing in the snow, I provide the usual set of hodgepodge and doohickies.  This year I added various tubes to the mix of items on hand for the children to use.

There were the narrower, flexible tubes.  Besides children filling the narrow tubes with snow, the tubes became machines.  In the picture below, the tube is a vacuum to vacuum up the snow. 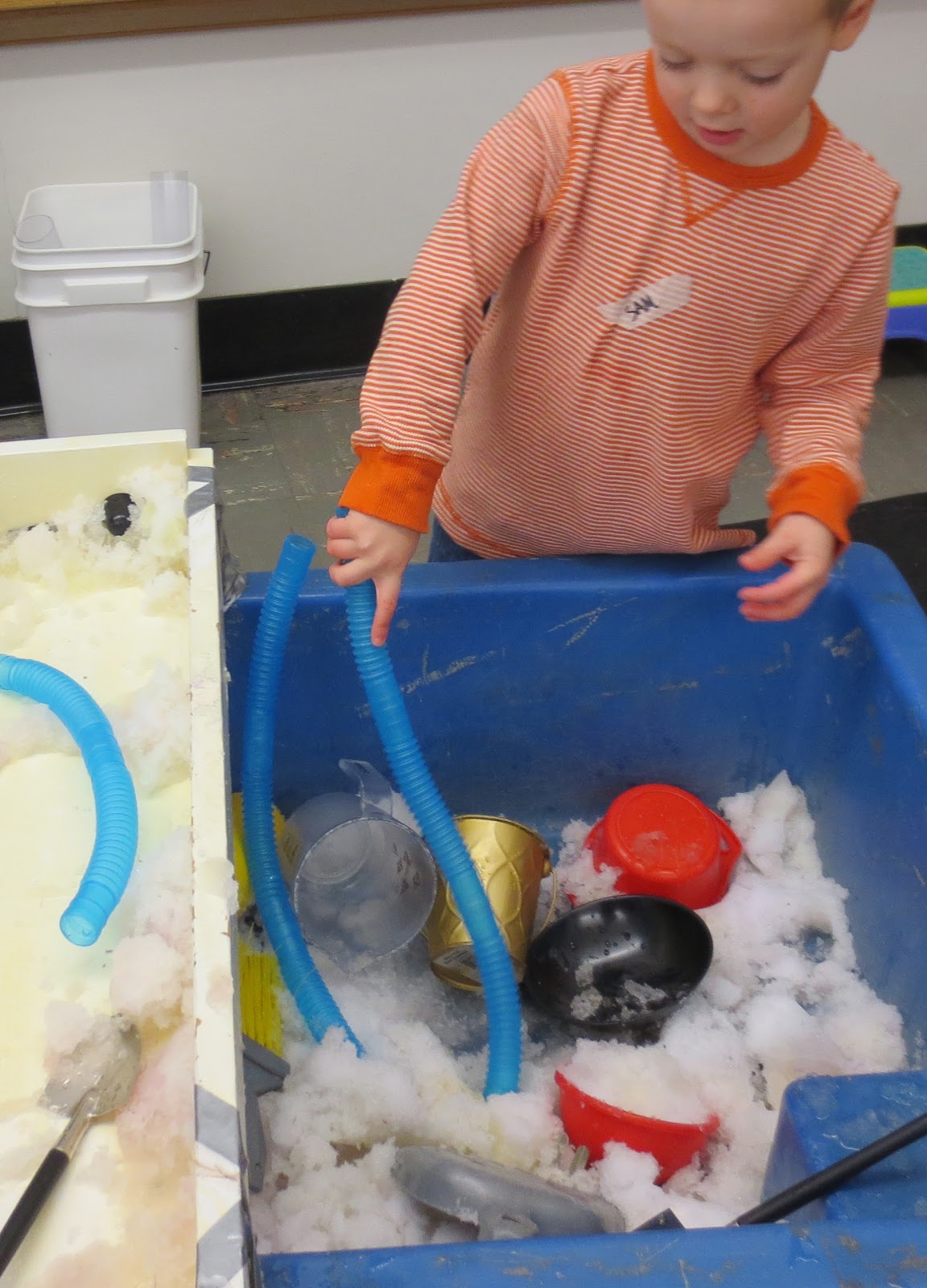 There were also the larger, less flexible tubes.  Those tubes were easier to fill with snow because they had a larger diameter.  Not only that, but because of their larger diameter, they were also good for accommodating other tubes.  In the picture below, the girl has inserted a smaller tube into the bigger black tube.  The result is that the snow in the tube is now pushed out the other end. That was an unexpected outcome for this child. 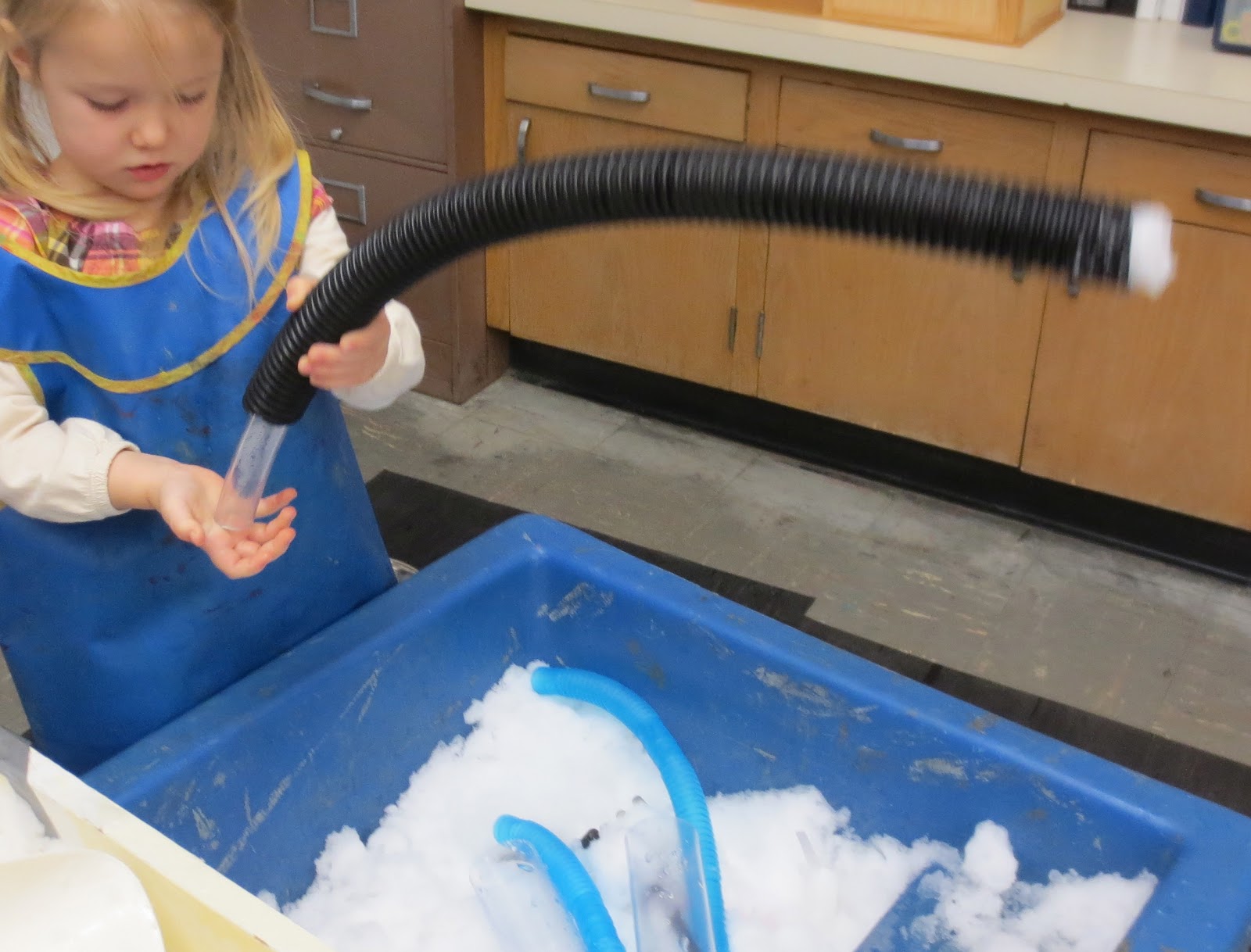 By far, the choice tubes were the clear, plexiglass tubes.  The children gladly filled them up with little or no prompting.  The great part of this operation was that they could easily measure their progress. 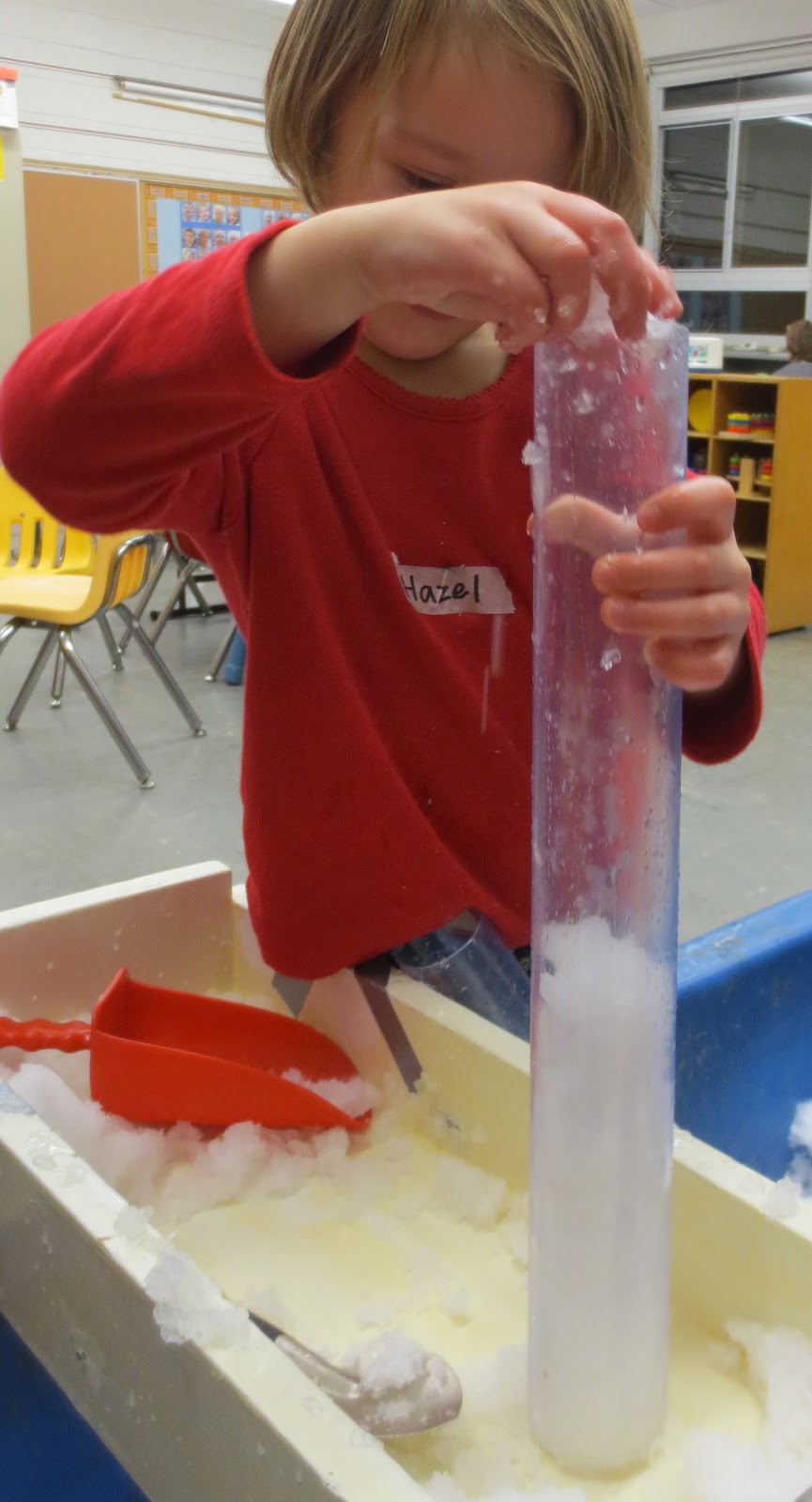 These filled tubes created columns of snow.  Notice that I have set up a wooden tray that spans the table as a platform on which to work above the sensory table. 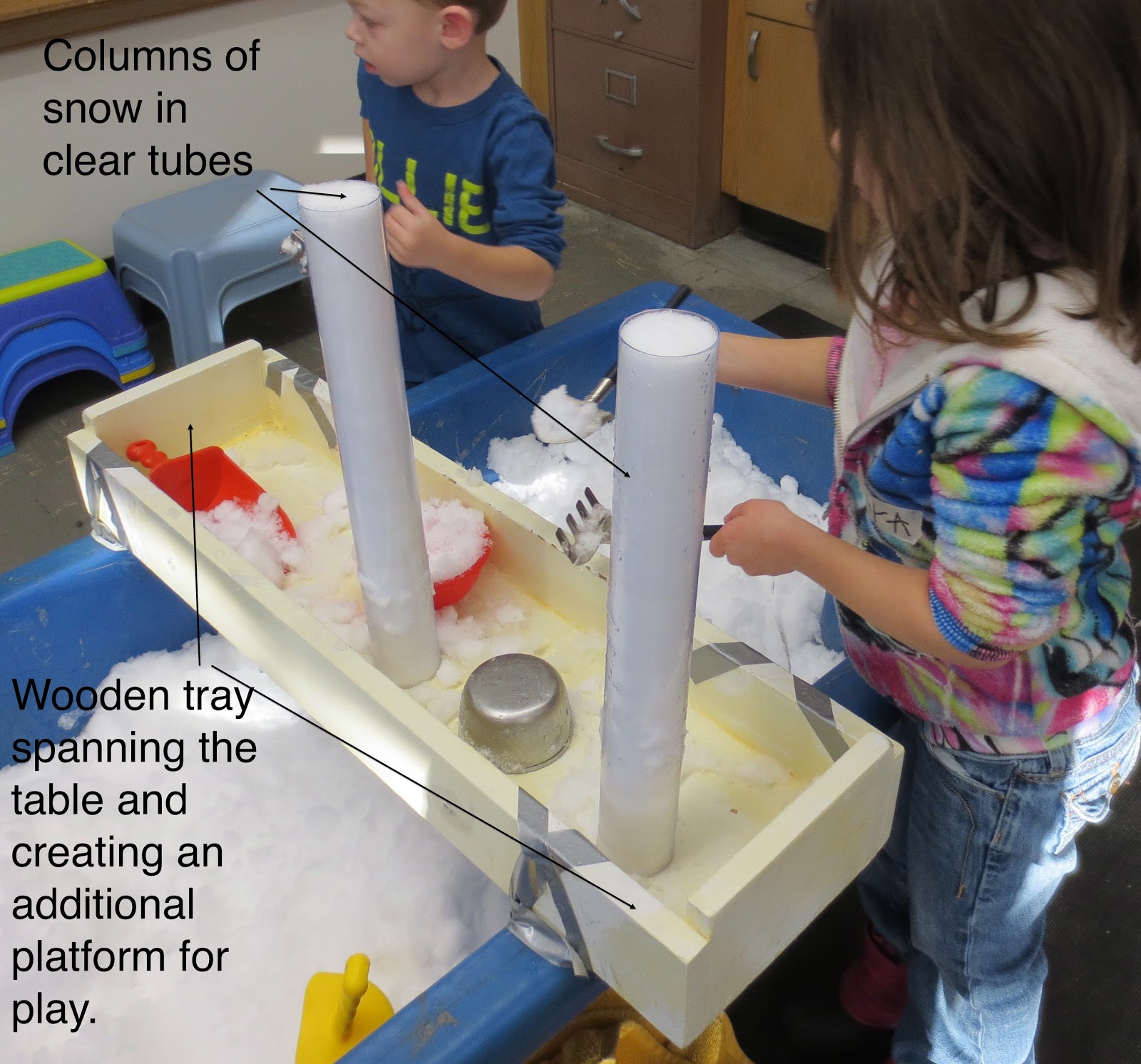 Children often removed the tube resulting in a free-standing column of snow.  It often toppled right away, but even the fleeting column was a stunner for the children.

One child discovered that if he tipped the tube back and forth with some snow in it, the snow would slide from one end of the tube to the other.  Watch.

What do you get with tubes as loose parts with snow?  Snow tubes, versatile contrivances rich in potential---and maybe a surprise or two.