I did a presentation on sand and water tables at the Minnesota state early childhood conference two weeks ago.  The questions that surfaced during the presentation were good and have forced me to reflect on my practice. 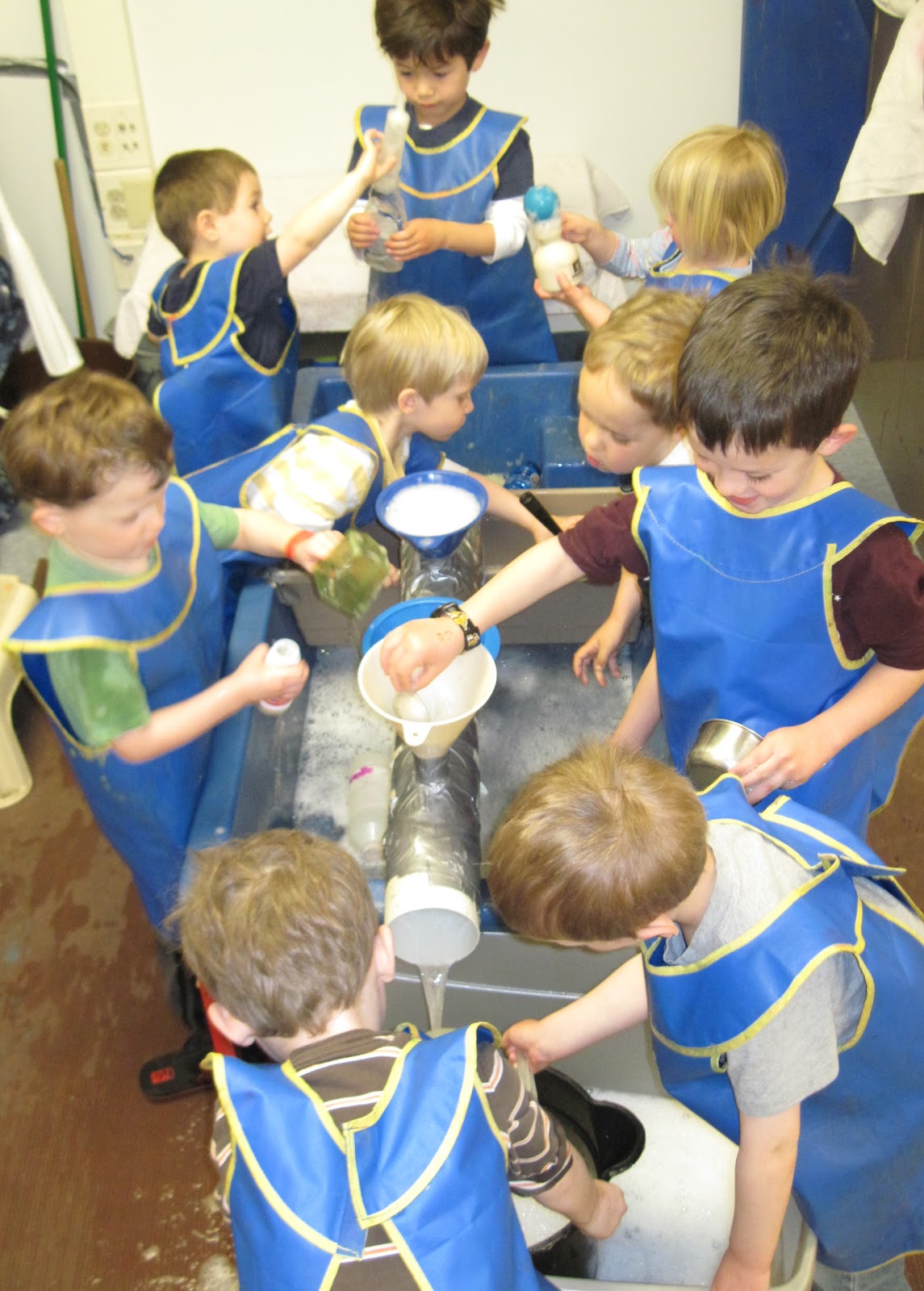 The second question was: "How do I handle conflict at the sensory table?"  When I thought about it, I thought the question had to be broken into two parts.  The first part has to do with prevention. Instead of calling it prevention, though, I think of it as setting the children up for success. Basically there are three components to this.  1) Create an intriguing space that allows the children to feel like agents in the play and exploration.  2) Before any intervention, listen and observe the children in their interactions and don't be afraid to allow some physical contact between the children.  3)  Encourage and recognize acts of kindness among the children.  To read more, go to last week's post: Conflict at the Sensory Table - Part I.  By setting the children up for success, conflict is greatly minimized.

Believe it or not, sometimes conflict still arises.  Looking back at previous posts, I actually found one that addressed part of the issue.  Again it arose from a question at a conference presentation about what do I do about children who hoard.  The gist of the post is that adults have this thing about asking---usually demanding---that children share.  The problem is that an adult using this language does not mean share. The adult is really asking the child to take turns.  What it sounds like to a child, though, is give the other child the thing he is playing with.  In other words, give it up.  Is it any wonder that children do not want to share? 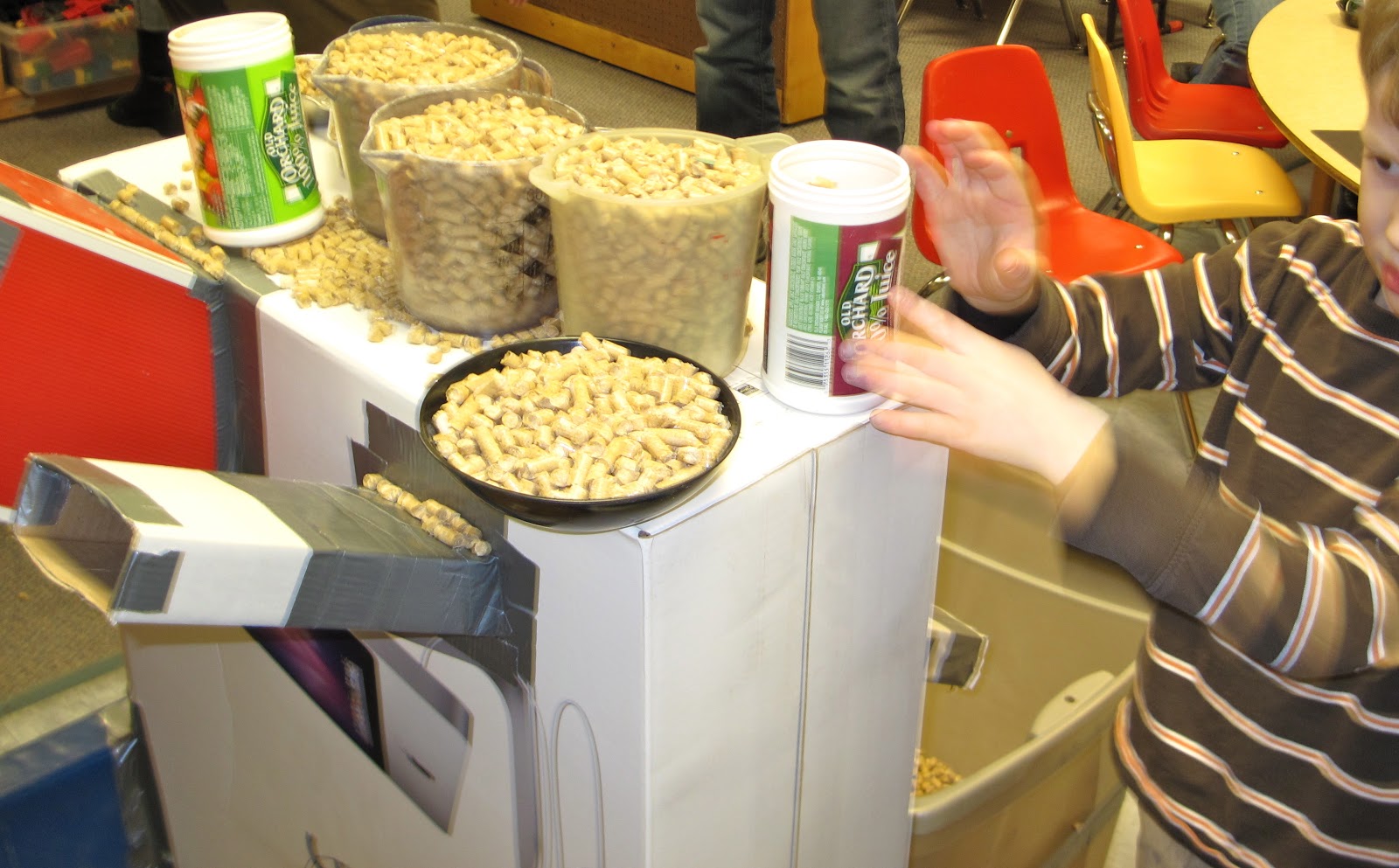 The problem is not one of hoarding, but one of having some control over one's work.  If the child feels in control of his actions and his materials, he is perfectly willingly to be kind and generous to reasonable and courteous requests.   I am constantly amazed at how kind and generous they are given the chance.  The original post was entitled: Question from Conference about Hoarding.

There is one conflict I will always remember at the sensory table because of its intensity and because of the eventual solution.  Let me set the stage.  A child with limited English language is at the sensory table and has collected all the vehicles.  We will call him Greg, which is not his real name.  Several other children are asking to have a vehicle.  As the children become more insistent about wanting a vehicle, Greg becomes more protective of all the vehicles and even starts to scream when others try to get one.  The assistant teacher tries to mediate by asking Greg to share.  That does not work.  There is a teaching intern in the room and she also tries to get Greg to share.  Both the assistant and intern are very reasonable pointing out that Greg has so many vehicles and the others have none.

Things are now very loud and the situation is escalating.  I am in an adjacent area of the room with children working on an art project.  I ask the assistant to take over for me and I decide to have a go at resolving the conflict.  As I am walking over to the table, I have no idea what I am going to do because the things I usually try have already been tried by the assistant and the intern.  I would usually say to the children who wanted a truck to ask Greg for a truck.  I would then coach Greg saying so-and-so would like a truck and you have so many.  Which one do you think he could have?

As I get to the table, I see a boy with his arms wrapped desperately around all the vehicles ready to defend them with his life.  In a way, he looks like he is cornered and scared.  In a split second, I decide to organize the other children into a pouring and mixing activity.  When I do that, I position myself between Greg and the other children and we give Greg some room and forget about the vehicles for the moment.   What happened next astounded me.  Within a minute of starting this new activity, Greg came over to each of the children and gave them one of his vehicles.

I have thought about this conflict and its resolution often in the intervening years.  As the adult power figure, I could have made Greg give up a vehicle or two and he still would have had plenty. By not making him hand over vehicles, though, he felt less threatened and willingly gave away his vehicles on his own terms in a way we all appreciated.  We felt good and he felt good.

Conflicts in the classroom are inevitable.  For me and the children, they are learning opportunities. Some conflicts are more intense than others and need more adult intermediation.  In my experience, some conflicts do not get resolved and will live to surge another day.  One of the objectives always has to be to protect the more vulnerable and give them a voice in the solution. Even those who seem less vulnerable need to feel a part of a mutually beneficial solution.

There is no formula for resolving conflicts.  There is only respectful engagement from which we all learn to negotiate, accommodate, and cooperate.