Last week I wrote about a large PVC tube with funnels on a slight incline.  Let me introduce you to narrow tubes on a greater incline, something I like to call the Worm Slide. 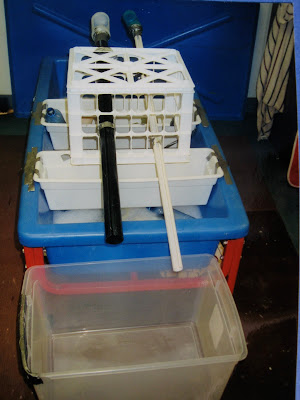 To make it, set a tray in the table and then tape a crate to the tray. 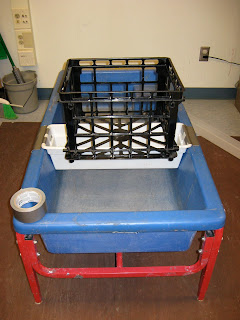 Then thread the tubes through the crate so that the ends of the tubes reach past the table and over a tub on the side of the table. 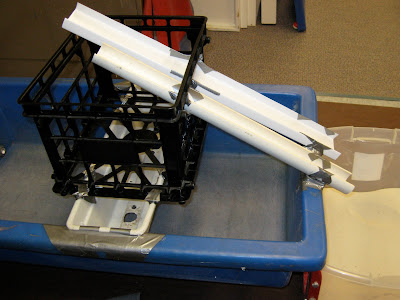 Now if you were paying close attention, you would have seen two different apparatus.  The first is set on two trays and has two fairly narrow tubes with slits cut the length of the the tubes.  The one above is set on one tray and has a larger tube with a fairly wide slit cut down the length of the tube and a piece of plastic from a window that serves nicely for a wider slide.

The reason I point this out is that I do a version of this apparatus every year and every year it turns out a differently depending on the tubes or slides I choose to use. This year I used a plastic cover from a florescent light, a long narrow tube with a slit cut down its length, and a plastic angle piece from a replacement window. 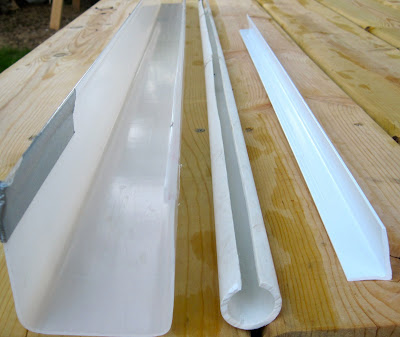 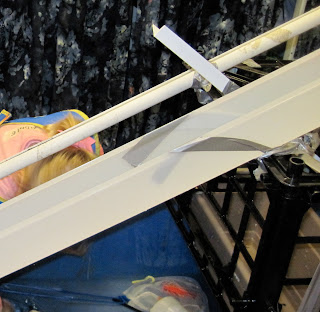 So why do I call this a worm slide?  Watch.


Did you see the worm slide?

Several years ago I was walking through a sports store and saw a "bucket of worms" on sale.  The worms are really artificial fishing bate without the hooks. There were things in the bucket that looked like worms and some things looked like other water creatures and some things looked like creatures from somebody's imagination. At first I thought I would just put them in the water table, but then I decided that there would be more exploration with the tubes and slides on an incline.

The creatures are easily carried down the larger slide when the water is poured it.  It gets a little trickier when the worms are put in the narrow tube.  First, it is harder to pour water into the smaller tube and second, sometimes the worms get stuck. 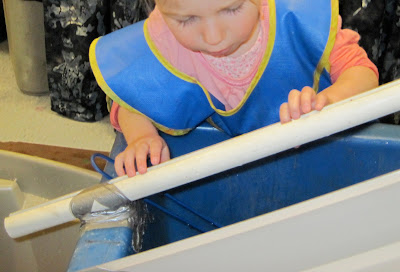 What else can you do with worms? 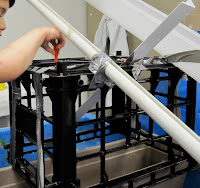 You can find other holes to put them in. 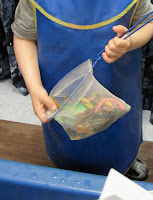 You can collect them in a minnow net. (This was the first apparatus with which I used a minnow net.  I now use it with other apparatus and with different medium, like here


Or you can feed the fish! 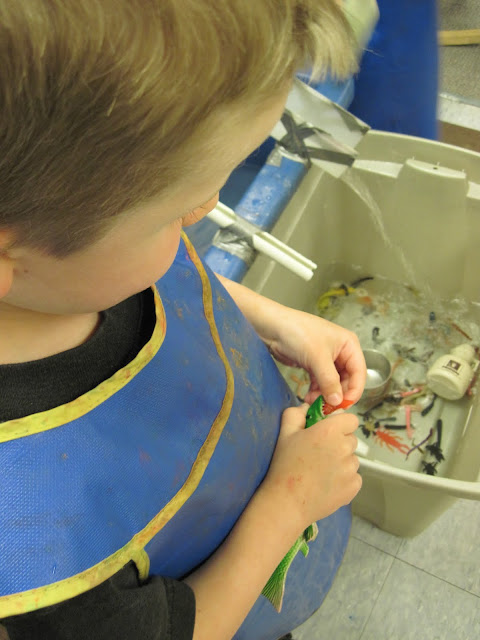 Either this boy knows fish eat worms or like all children, he has an overriding compulsion to put things in holes.

I could just have easily called it a fish slide, too.

Did you notice that the boy in the video cannot see the fish slide down when he pours the water?  The sides of the florescent cover are too high.  He does come around to see if the fish is still in the slide.  When he no longer sees it in the slide, he declares: "It goes down."  How is that for a logical conclusion after taking in the facts from his little experiment?

You just got to love those little scientists.
Posted by Tom Bedard at 7/07/2011