One day several years ago, I was watching children play in the sensory table.  On this particular day, I couldn't help but notice how one child's play impinged on another's.  My question became: Is it possible to make smaller, divided areas in the table?  The answer: cardboard dividers. 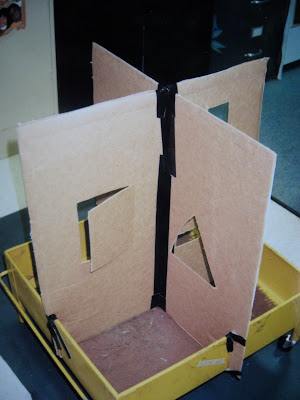 This was the first cardboard divider I made.  It is in an old sand table I inherited when I took over a new classroom.  It is a metal square and less than a foot off the ground.  (I actually liked it because it was simple and allowed me to build and add my contraptions to the table.  There was only one problem: it would not hold water.  If I wanted water in a table, I had to have a second table.  My room was small, so I ended up getting one table that would hold both sand and water.


The cardboard divider is very easy to make.  Take two flat pieces of cardboard.  Cut the pieces so they fit into the table.  Next,  make slits in the middle of each piece approximately equal in length.  One piece is slit from what will be the top and the other is slit from the bottom.  They are then slipped together at the slits.  Tape the joint that is made by the intersection of the two pieces of cardboard and then tape it in the table. 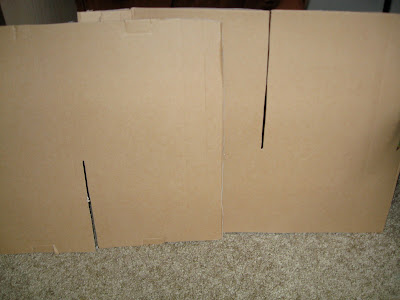 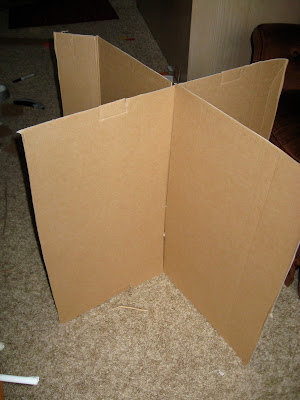 Since my current sensory table is larger, I added an extra panel of cardboard to create six smaller spaces. 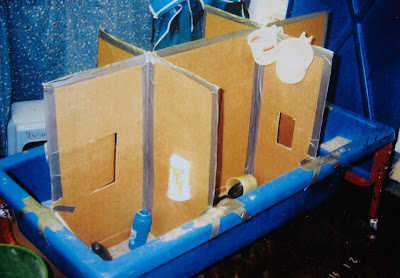 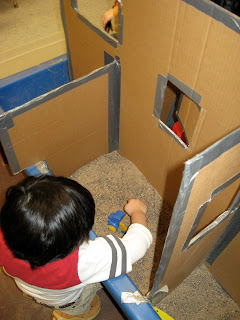 These spaces can facilitate some focused individual play. 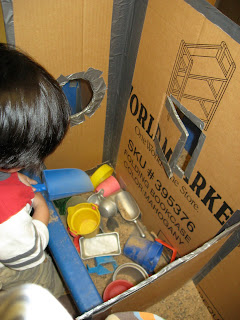 Or provide another space into which a child can transport or collect objects.

Though I wanted to create individual spaces, I also wanted to allow for social interaction.  The solution for that was to cut various holes in the walls.  Some are outright holes and some act like windows that can be open and shut.  Here are four children, each in their own space.  The child in the top right is pouring pellets through the window into the cup of the child in the bottom right. He is observing the action and waiting for the cup to be filled by the hand coming through the window.  The boy in the top center is pouring his pellets into the space directly opposite, while the girl in that space is pouring pellets into the lower right space.


The running joke in the room is that this apparatus is preparing the children for the world of work with each of them toiling away in their own little cubicles.  You be the judge. 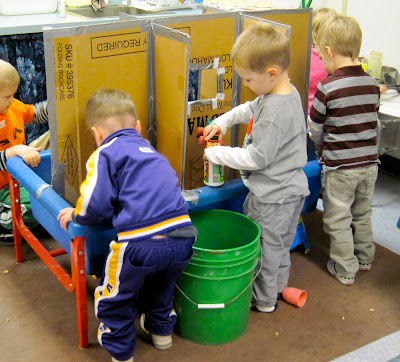